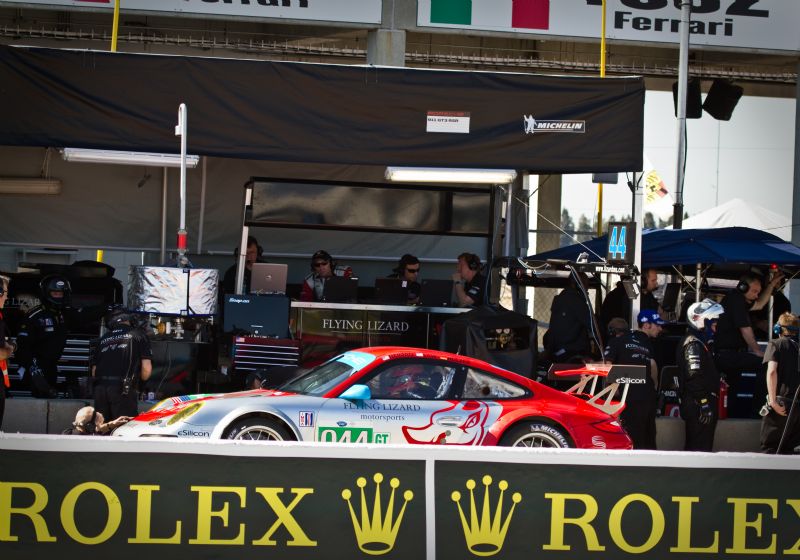 Following a successful maiden season of Pirelli World Challenge, Flying Lizard Motorsports is targeting a return to the sprint race championship with K-PAX and McLaren, while also scoping out options in IMSA competition.

"For us, our relationship with K-PAX has been great," program manager Darren Law told Sportscar365. "We had a wonderful season and won several races.

"Our intention would be to continue that whole program. We're looking at all options and Pirelli World Challenge is a strong option and we're leaning towards that. But IMSA also has some possibilities."

The California-based team makes its fifth TUDOR United SportsCar Championship start of the season this weekend with an Audi R8 LMS, as part of its customer-based program.

Law said its IMSA involvement could expand next year, potentially with McLaren 650S GT3s, should it be approved for GT Daytona competition, or with other GT3 manufacturers the team is currently in discussions with.

"Jim [Haughey] from K-PAX is going to be here this weekend," Law said. "He's going to see what an IMSA race really looks like. He hasn't attended anything like this [in the past].

"He'll be out to take a look at this and we'll see if there's an interest."

Law said they're looking to take part in November's IMSA-sanctioned test at Daytona with the McLarens, despite no guarantees of the car being eligible for competition in the WeatherTech Championship next year.

It's understood only IMSA Automotive Partners will be able to compete in GTD, with talks still ongoing between the British manufacturer and IMSA to potentially come to an agreement.

"That's a discussion we're having with the series," Law said. "We're going to sit down and talk with them to see if there is an option to run McLarens."

Law said there are other GT3 manufacturer options on the table as well, with a few of the team's customers in Porsche club racing also expressing interest in making the step up.

"With our history, we had the factory supported program with Porsche," he said. "We've worked with the factory at McLaren and Audi, so we've had relationships with all of them.

"We need to look at what our current and potential new customers want to do and what options are available so we aren't ruling out anything at this point.

"All the manufacturers I spoke to want their new cars out there. You can take a Porsche, an Audi, McLaren, Mercedes and Ferrari… and they're all going to be pretty darn competitive.

"For us, it's who offers the best package. It's not just the fastest car, it's how the manufacturer interacts with us and trackside support that comes into play."

On the PWC front, Law said they're targeting a 2-3-car effort with McLaren, which would again see a factory driver on-loan.
He said the team is also working on another development program, which could be revealed by the end of the year.

Despite having focused primarily on PWC this year, Law said they have the capacity to run parallel full-season IMSA and PWC programs in 2016.

"It's a matter of ramping up with more personnel. There's only one conflict with Sonoma and COTA next year. Other than that, it would be busy, and we could do both if need be."

A final decision on the team's 2016 commitments are expected to come in November. sportscar365