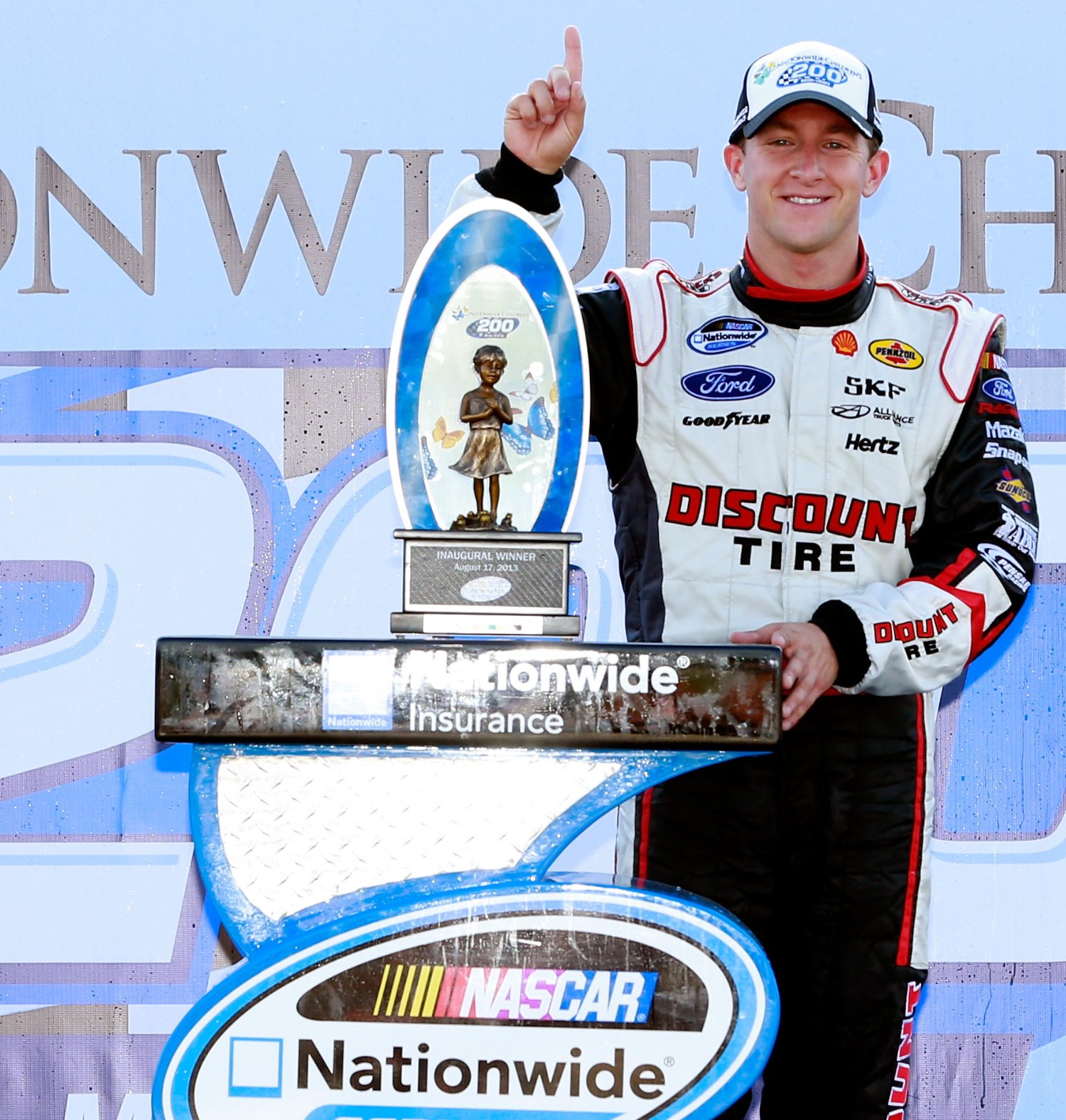 AJ Allmendinger led 73 of the 94 laps and survived a late challenge after a restart to win the inaugural NASCAR Nationwide Series race at Mid-Ohio Sports Car Course.

Allmendinger improved his record to two-for-two this year in the Nationwide Series, adding a victory to the one he picked up for Penske Racing in his only previous start at Road America. Allmendinger, 31, rebounding after being suspended a year ago for failing a random drug test, took the lead for good on the 64th lap, then had to weather a late sprint when a car spun out just before his final lap on the twisting road course.

Hornish took over the season points lead, 13 points ahead of Elliott Sadler.

The race was plagued by spin-outs and fender benders.

The last one almost changed the outcome.

With everyone racing to the finish and Allmendinger's Discount Tire Ford comfortably ahead of McDowell by a couple of seconds, the car driven by Kenny Habul spun out on Turn 11. Out came the yellow flag, with Allmendinger and most of the other leaders having to conserve fuel to prevent running out before the re-start.

When the pace car finally pulled off, Allmendinger sped away to the lead and held it throughout the final lap to take the checkered flag.

Absolutely no one was surprised there were lots of caution flags, with 40 large, powerful cars racing around a layout with a variety of elevations and hairpin curves that is a maximum of 40-feet wide. Sporting News