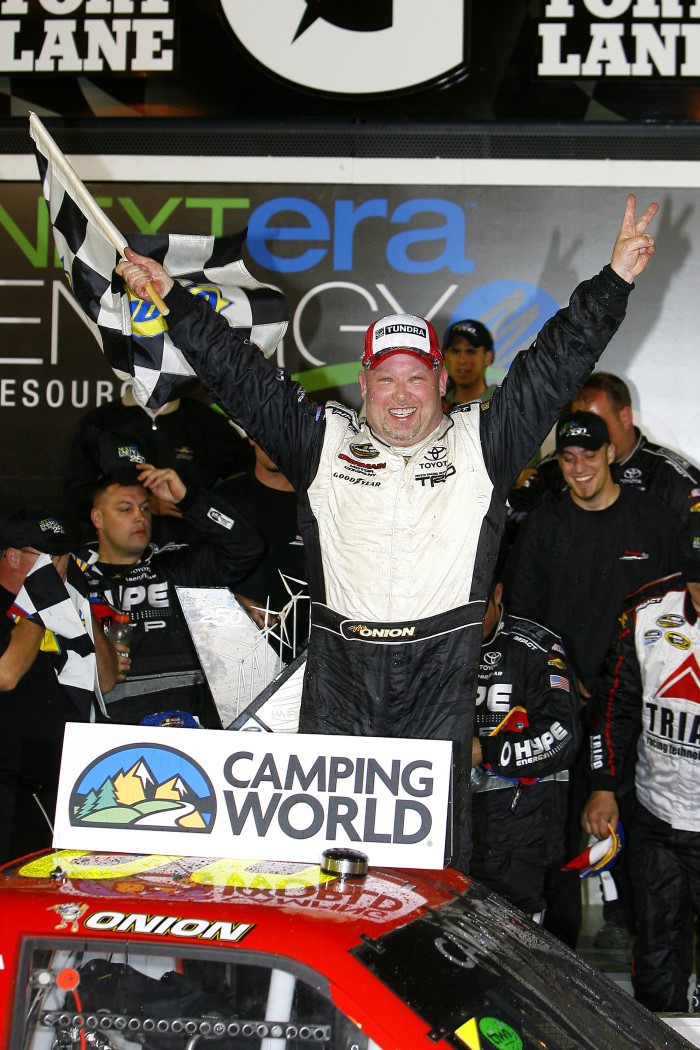 The Chemung, NY native, 49, will return to the Truck Series in a one-off deal with Turner Scott Motorsports to drive the No. 30 Chevy Silverado in Saturday’s Pocono Mountains 125.

However, a plan by Frank Cicci Jr. of Horseheads that would have put Bodine in a NASCAR Nationwide car for the Aug. 10 Zippo 200 at Watkins Glen International failed to materialize.

“We were working on a deal for Todd for the Glen," said Cicci, who runs Quick Stop Beverage on College Avenue in Elmira. “We have somebody that is going to do something, but we didn’t get it done in time.

“It’s pretty depressing. We had a car ready to go."

Cicci, who ran his own team for 20 years, became a part owner two months ago of the Viva Motorsports Nationwide team, which is based in China Grove, N.C.

“We are trying to get a sponsor for Todd to get him in the car," said Cicci, whose team has had to rely on temporary drivers with their own sponsorship to run its No. 55 Chevrolet Camaro.