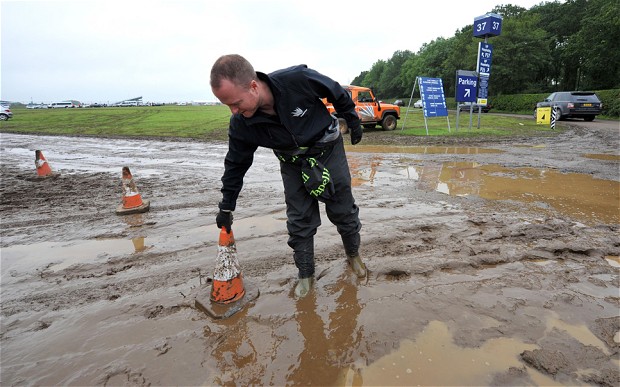 Silverstone bosses are determined to avoid a repeat of last year's chaos, which saw fans told to stay away on Saturday as the rain turned the venue into mud.

Last season Silverstone organizers faced the embarrassment of having to ask spectators with tickets for Saturday's qualifying not to attend.

This decision was made as torrential rain caused havoc and the organized hoped to salvage the car parks for Sunday's race.

This season, though, the organizers insist they have learnt their lessons and are putting more money towards shuttle services, improving drainage and the camping and parking areas.

"We want to ensure there is no repeat of the weather-related issues that affected some fans on the Friday of last year's event."

Phillips added that he is expecting a sell-out crowd this season as fans come out to support Lewis Hamilton, Jenson Button, Paul di Resta and rookie driver Max Chilton.

"If the first two races are anything to go by, it's going to be a breathtaking season.

"Last year's British Grand Prix attracted an outstanding attendance of 297,000 over all three days, despite the extreme weather conditions."

"If the drivers maintain this level of excitement, I'm sure we will be looking at another capacity crowd at the end of June.

"With four British drivers to cheer on, the atmosphere promises to be electric."