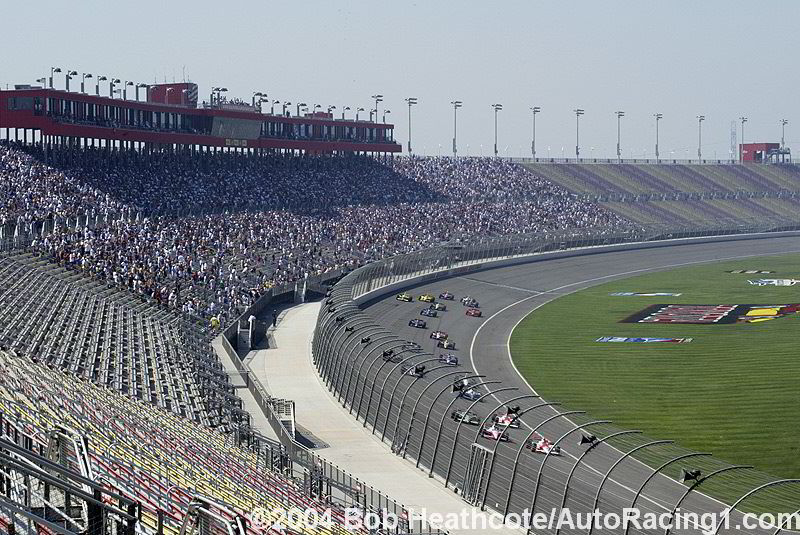 The IndyCar racing series returns to Fontana this week for the first time since 2005, and the two drivers with a shot at the circuit’s title going into this Saturday’s final race of the season agree on one aspect of the banked two-mile oval.

“I haven’t been here since ’03 (for a race that was subsequently cancelled because of wildfires), and I was just surprised when I got back on at how bumpy it was," said Ryan Hunter-Reay during an interview session Wednesday morning. “It feels like there’s been some pretty hard winters here in Southern California, but that’s not the case. Usually you get that with tracks up north.

“And we’re running a completely different aerodynamic package than we ran last time. Last time it was packed racing, really tight, close-quarters racing. You’re still going to see good racing, but not as close in proximity. You’re going to see a lot of comers and goers, a lot of guys run really strong on new tires and then fall back as soon as the grip falls off."

Will Power of Australia, who leads Hunter-Reay by 17 points even though Hunter-Reay has four victories to Power’s three, said he expects “probably only six or so cars on the lead lap" by the end of Saturday evening’s 500-mile race.

" … It’s bumpy, no question, and the seams are quite difficult. Those are two things that stand out (about the Fontana track). As you cross a seam it’s very slippery. Or else you grab on and you’ll float up the line."

But with a 5:50 p.m. (PST) starting time, track conditions and car conditions will change as the sun goes down.

“With these cars’ aerodynamics, the cooler it gets and the thicker the air gets, the more downforce it gets," Power said.

The expert would seem to be Tony Kanaan of Brazil, the winner of the last IndyCar race at what was then known as California Speedway. But he said the changes in the cars — and, yes, that bumpy surface — have wiped out any advantage he might have had.

“If it was the same chassis, like it was from ’05 up through last year, we probably would have an advantage, but now I don’t think so," he said. “If I have any advantage it’s my experience in a 500-mile race against some of the guys who don’t have that, not the race track itself."

And all of the drivers will have a chance to learn about the track conditions during today’s testing session, which will be open to the public tonight beginning at 5. Press-Enterprise