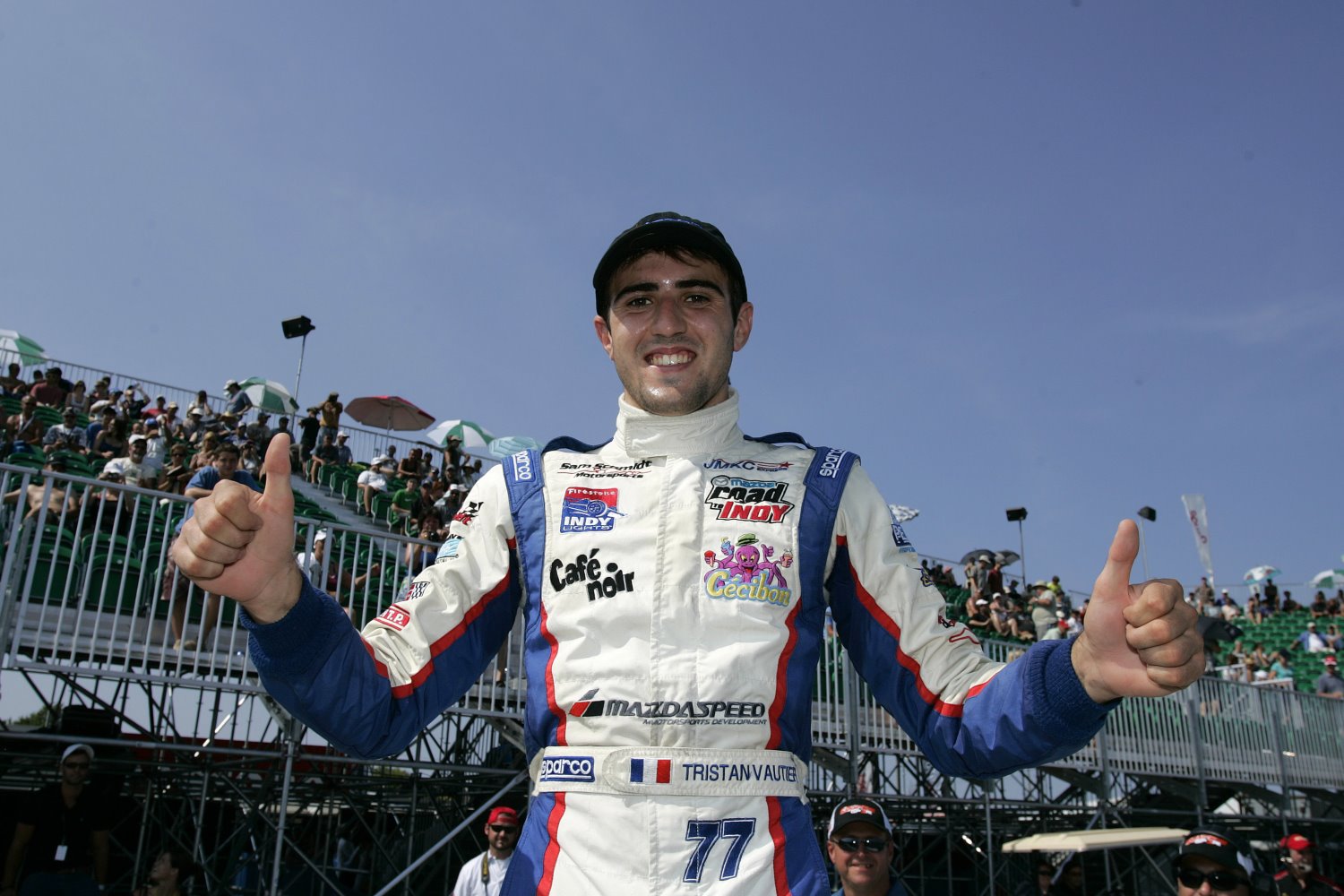 Sam Schmidt Motorsports' Tristan Vautier completed a weekend sweep of the Grand Prix of Trois RiviÃ¨res with the victory on the street circuit.

Vautier was atop the time sheet in practice, started from the pole and went on to his third victory of the season.

At the drop of the green flag, Vautier was quickly swallowed up by Belardi Auto Racing's Peter Dempsey, who started fifth and made a daring move to second and took the lead all on the first lap. Dempsey maintained the point until Lap 9, when a gearbox issue forced him into the pits and out for the race.

From there, it was smooth sailing for Vautier, who maintained a fairly comfortable gap over Team Moore Racing's Gustavo Yacaman throughout the remainder of the race. Yacaman finished second after qualifying third, and Andretti Autosport's Carlos Munoz followed up his recent win in Edmonton with a third-place finish.

The win was familiar to Vautier, who also won from pole last season at the track in the Star Mazda Championship presented by Goodyear. An obvious fan favorite because of his experience at the venue and his ability to speak fluent French, Vautier also moves back into second place in the championship battle with two races remaining.

Finishing in fourth was points leader Esteban Guerrieri, who has 383 points and a six-point lead over Vautier. Fifth was Sam Schmidt Motorsports' Oliver Webb, followed by David Ostella and Jorge Goncalvez. Victor Carbone, Sebastian Saavedra, Juan Pablo Garcia and Dempsey finished in that order after retiring from the race with mechanical issues.

TRISTAN VAUTIER (No. 77 Mazda Road to Indy/SSM w/Curb Agajanian): "Yeah it was a nice test today. The track is a real street course, it's hard physically, and we were under pressure after the past three races that were hard, and we got the win we needed, so I'm excited for my team. It was a great car. Big thanks to everyone, I'm really happy and the team was fantastic. We were fastest in every session and we almost led every lap. I'd like to thank Mazda and MAZDASPEED, for allowing me to be here today.

GUSTAVO YACAMAN (No. 2 TMR"Tuvacol–Xtreme Coil Drilling)Sebastian was pretty far down the line and we're fighting for third position in the championship with him, so it was a good race. Good race in the points and maybe we'll catch up to him soon.

CARLOS MUNOZ (No. 26 Team Dialy–Ser)I think 60 laps is a long race. I'm quite happy with another podium in third place, and we worked a lot of the days. After Edmonton it's always win again, but I'm happy with the third place. Congratulations to the team, thank you to them, they did a great job, and I'm looking forward to Baltimore.

ESTEBAN GUERRIERI (No. 11 Pistas Argentinas/SSM w/Curb Agajanian): "It was pretty hot. It was a tough race, physical, I didn't have much more to catch Munoz. I had to push and be very consistent, but we were suffering with a lot of understeer since Lap 1, so I couldn't get it. I just had to pace myself.

OLIVER WEBB (No. 7 Lucas Oil/Sam Schmidt Motorsports): "It was a good start, I was just stuck behind Victor for the first 15 laps. He didn't really have the pace that we did and we had a really good set up. On the damp track the car was really good, and when I finally did get past Victor, we had a couple of side-by-sides and then I eventually got past. Then it was just smooth sailing from there. We were setting the leader's pace and we were quickest for about 20 minutes. So the car was good, just kind of an average finish.