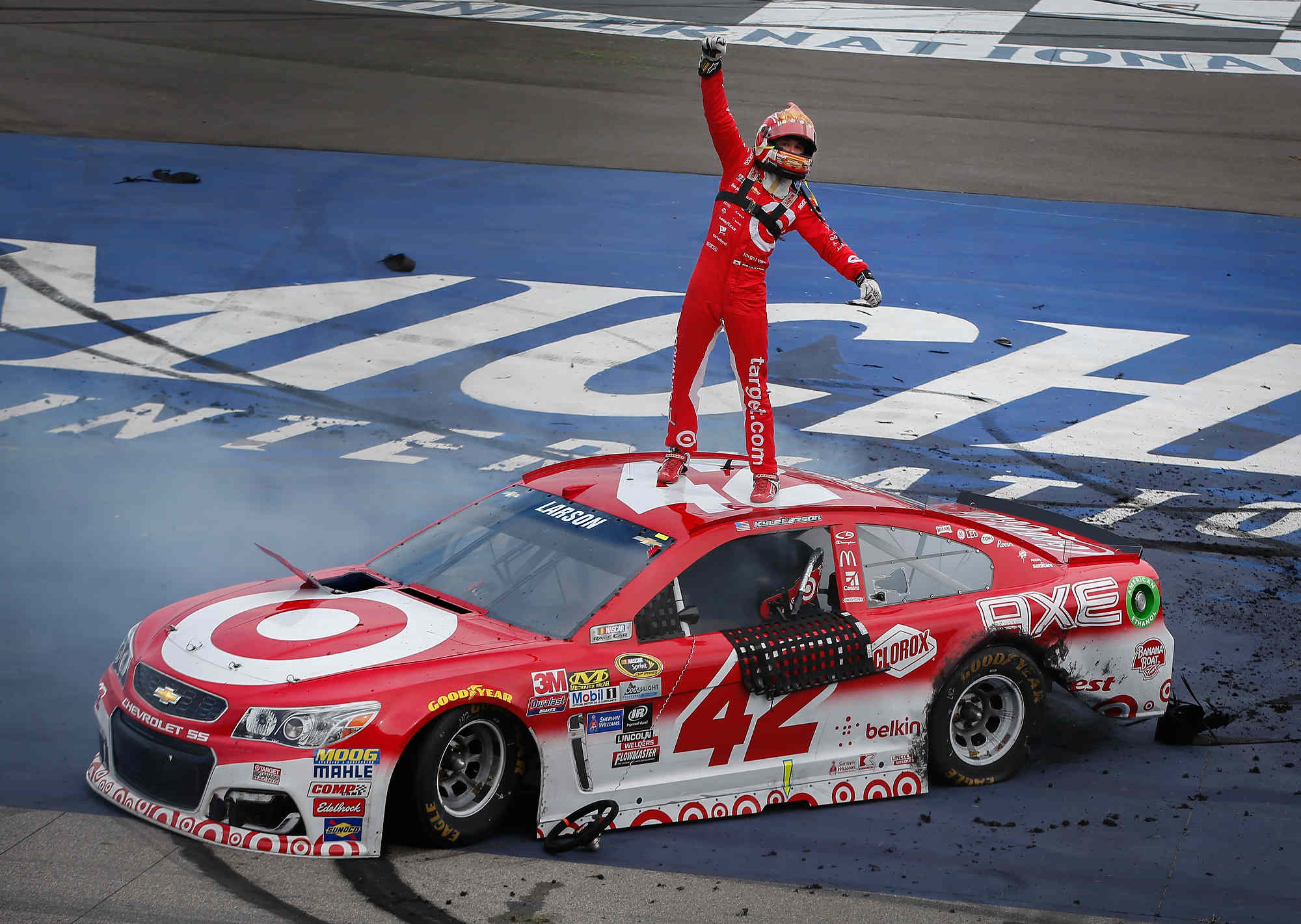 In an effort to turn a blind eye to possible illegal race cars keeping race wins (the famous 'call') NASCAR continues to allow drivers to cover up evidence by severely damaging their cars during victory celebrations.

Drivers routinely back the cars into walls damaging the back of the car, doing burnouts that shred the tires and destroy bodywork or other nefarious things.

A NASCAR executive says the sanctioning body has no issues with the burnout Kyle Larson performed Sunday after scoring his first career Sprint Cup victory.

Steve O'Donnell, NASCAR executive vice president and chief racing development officer, said Monday on SiriusXM NASCAR Radio that the celebration was not viewed as excessive. O'Donnell said earlier this month on "The Morning Drive'' that series officials were seeing a "trend we don't like to see" with victory celebrations that damage the winning car.

He said at the time that "you'll probably see us sooner than later put something in place that covers us for that as you kind of head into the last quarter of the season.'' But O'Donnell didn't have an issue with Larson's burnout after Sunday's race at Michigan International Speedway. In part from NBC Sports