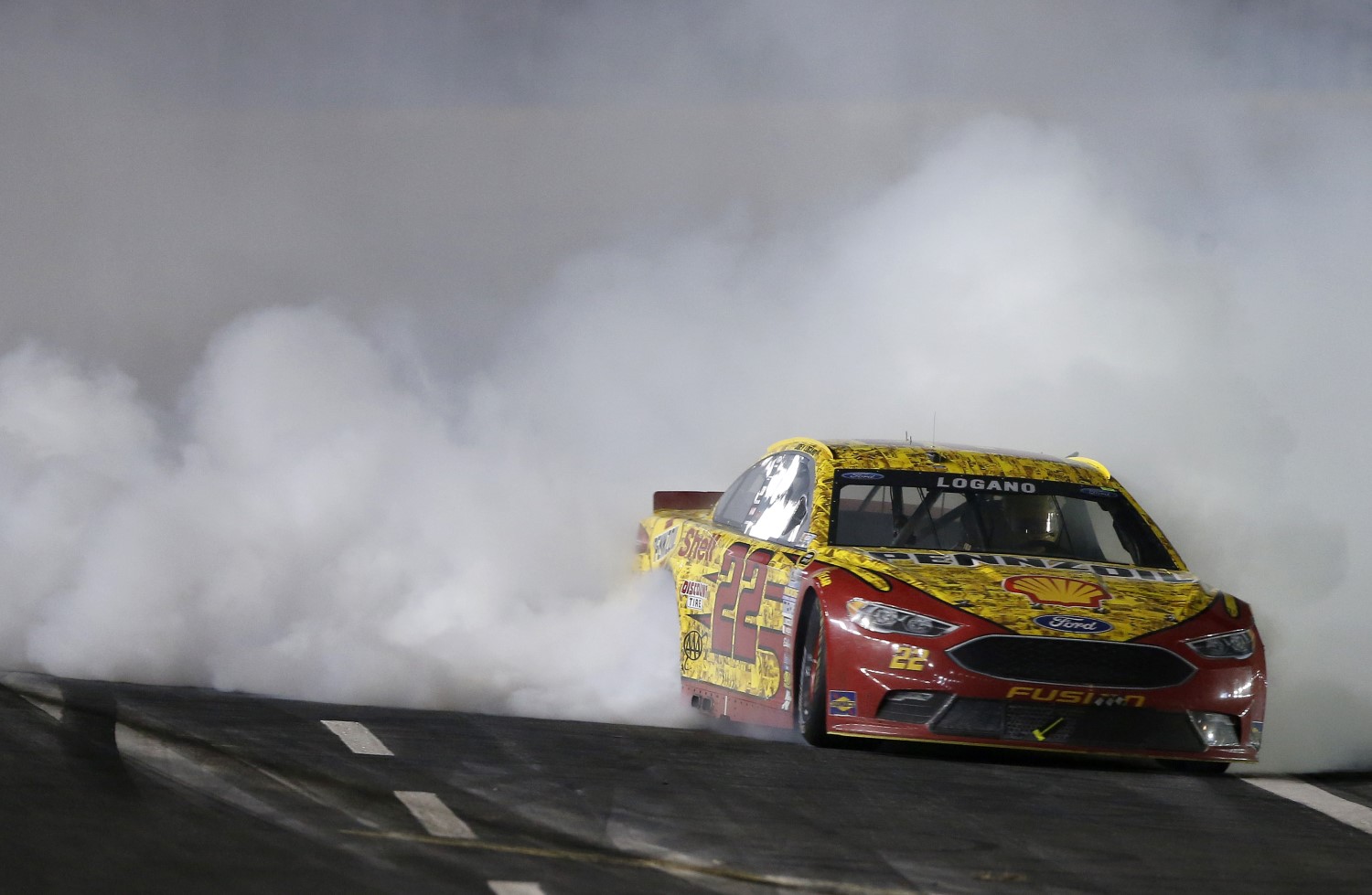 Citing a “trend we don’t like to see,’’ a NASCAR executive hinted Tuesday of a rule change that would soon curb post-race victory celebrations.

“It’s a trend we don’t like to see,’’ O’Donnell said of winning cars damaged in victory celebrations. “We want to see a celebration, and we think that drivers can celebrate without doing that. So, you’ll probably see us sooner than later put something in place that covers us for that as you kind of head into the last quarter of the season.

“Again not there yet. We’re talking to a lot of the teams about it, but I think everybody is on board with the direction we want to go in.’’

Section 8.5.2.1.c in the Sprint Cup Rule Book states that “the first-place vehicle may engage in appropriate celebratory activity (such as a victory lap, burn-out(s) or donuts) prior to reporting to victory circle.’’

Any damage during a victory celebration, though, could impact NASCAR’s ability to properly inspect the winning car afterward and ensure that everything was legal with the vehicle.

With the Chase beginning next month for each of NASCAR’s three national series, it appears series officials want to have something stronger in place before the playoffs begin.

Questions have been raised before about excessive celebrations that damage the winning car and how that could impact NASCAR’s post-race inspection process. In March 2015, a NASCAR official told NBC Sports that if series officials believed that such damage from a celebration affected inspection after the race that they would address the matter.

Competitors raised issues about excessive celebrations during last year’s Chase after Kevin Harvick won at Dover and banged his car against an inside wall and also blew out tires amid his celebration. His car passed inspection after the race.

“The winner is the only one that’s able to damage his car after the race without it being too obvious,’’ Hamlin said last October.

Said Brad Keselowski last October: “I’ve definitely blown tires out. I think every driver has done something to do some kind of damage to their car.’’

Hamlin, on the topic of purposely blowing tires, said last October: “Nothing we do is without merit. We all know what we’re doing. It’s a tough balance because NASCAR wants you to celebrate, but as drivers we know when a tire is about to blow and sometimes we continue to put the throttle to it.’’ Dustin Long/NBC sports