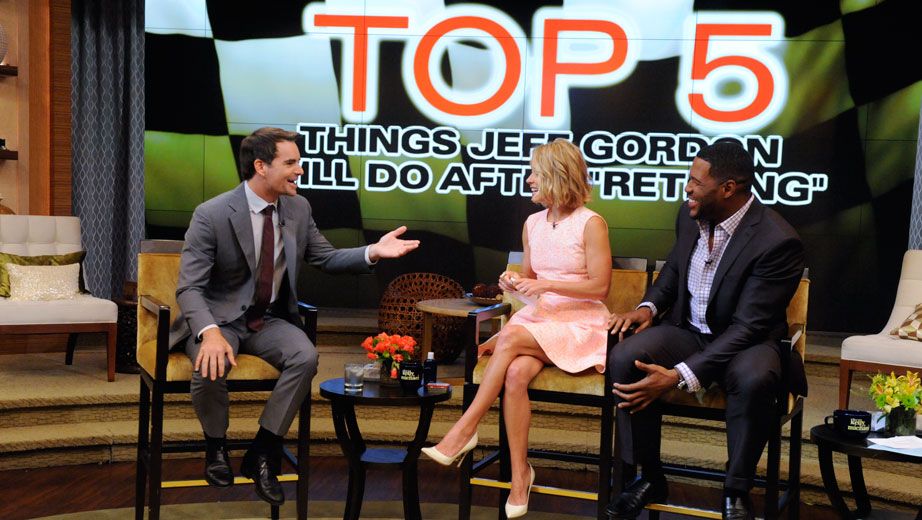 Gordon has experience sitting alongside Ripa. During the Live With Regis and Kelly era, he served as Ripa's sidekick nine times. (He even did a stint opposite Regis in 2001 before Ripa came on board).

He most recently appeared on the show in June 2015, but just as a guest.

Since retiring from professional stock car racing in 2015, the 44-year-old Gordon has transitioned into broadcasting (he currently serves as a Fox NASCAR analyst).

Should he snag the Live gig, his career path would closely mirror that of the man he'd be replacing; Strahan, who exited Live last month for a full-time gig at Good Morning America, also segued into broadcasting after retiring from the NFL.

Live is expected to continue pairing Ripa with a parade of guest co-hosts until a final decision is made later this summer. Other names in the permanent co-host mix include former Grinder star Rob Lowe and Ripa's BFF Anderson Cooper. Gordon's spokesperson, declined TVLine's request for comment. TVLine