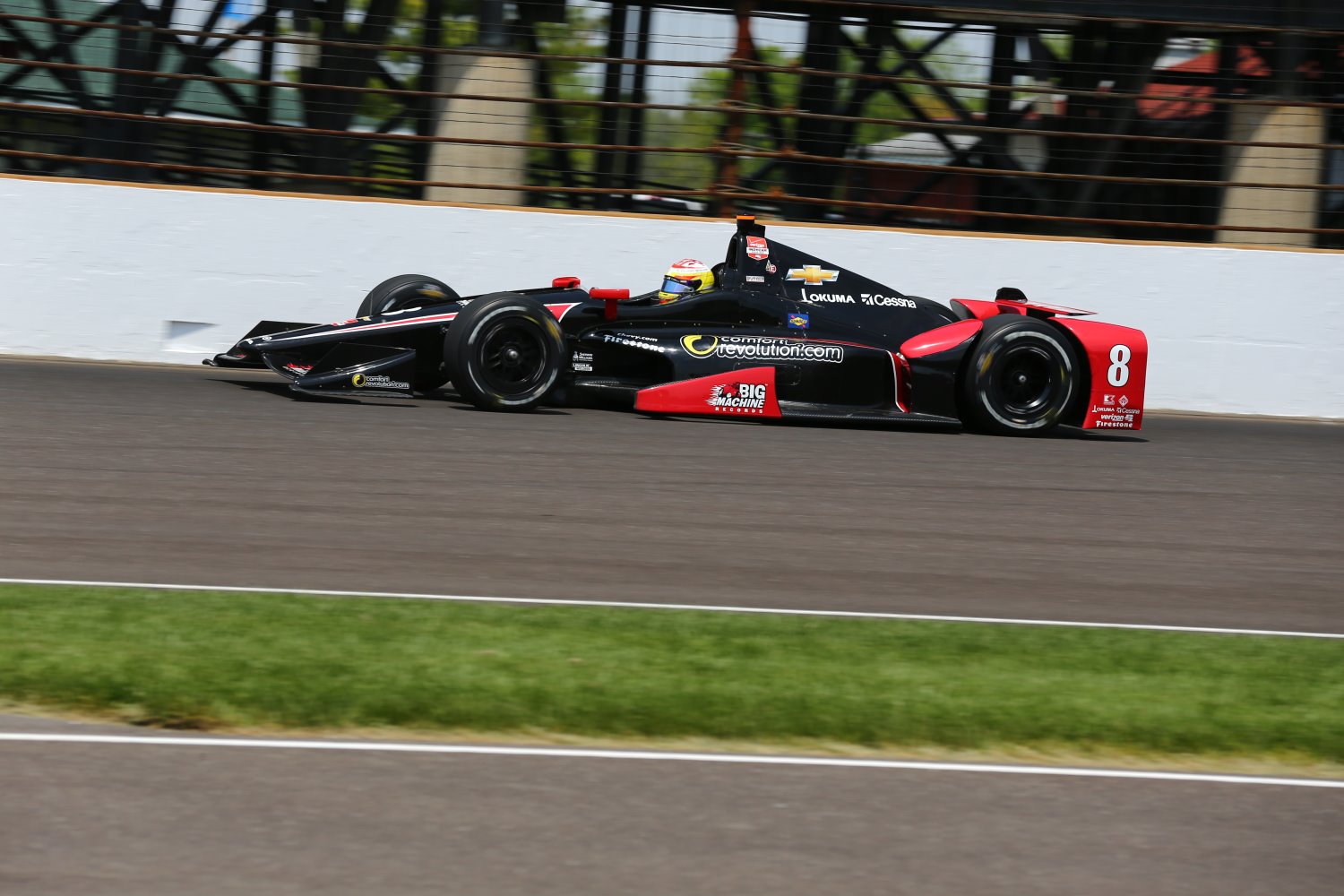 AR1 is hearing that a 2015 Indy Lights Presented by Cooper Tires driver is under consideration for at least a partial season ride in the #8 Chip Ganassi Racing Chevrolet entry.

In 2015, the car was shared by Sage Karam and Sebastian Saavedra. And it was announced last month that Karam would be parting ways with the team due to insufficient funding. Karam, who scored a career-best third place finish at Iowa this season, is rumored to be joining Scott Pruett as part of a factory backed Lexus RC F GT3 entry next season.

Georgia native Sean Rayhall, who scored two victories in a partial-season effort, tested with the team at Sonoma in August. Also, former Formula 1 driver Max Chilton is known to be very well-financed and anticipated to have about a half-season's IndyCar budget.

Could one of the above drivers be joining Ganassi in 2016? Might the team run a time-share similar to 2015? We'll see what happens but it looks as though the #8 entry will continue in 2016.