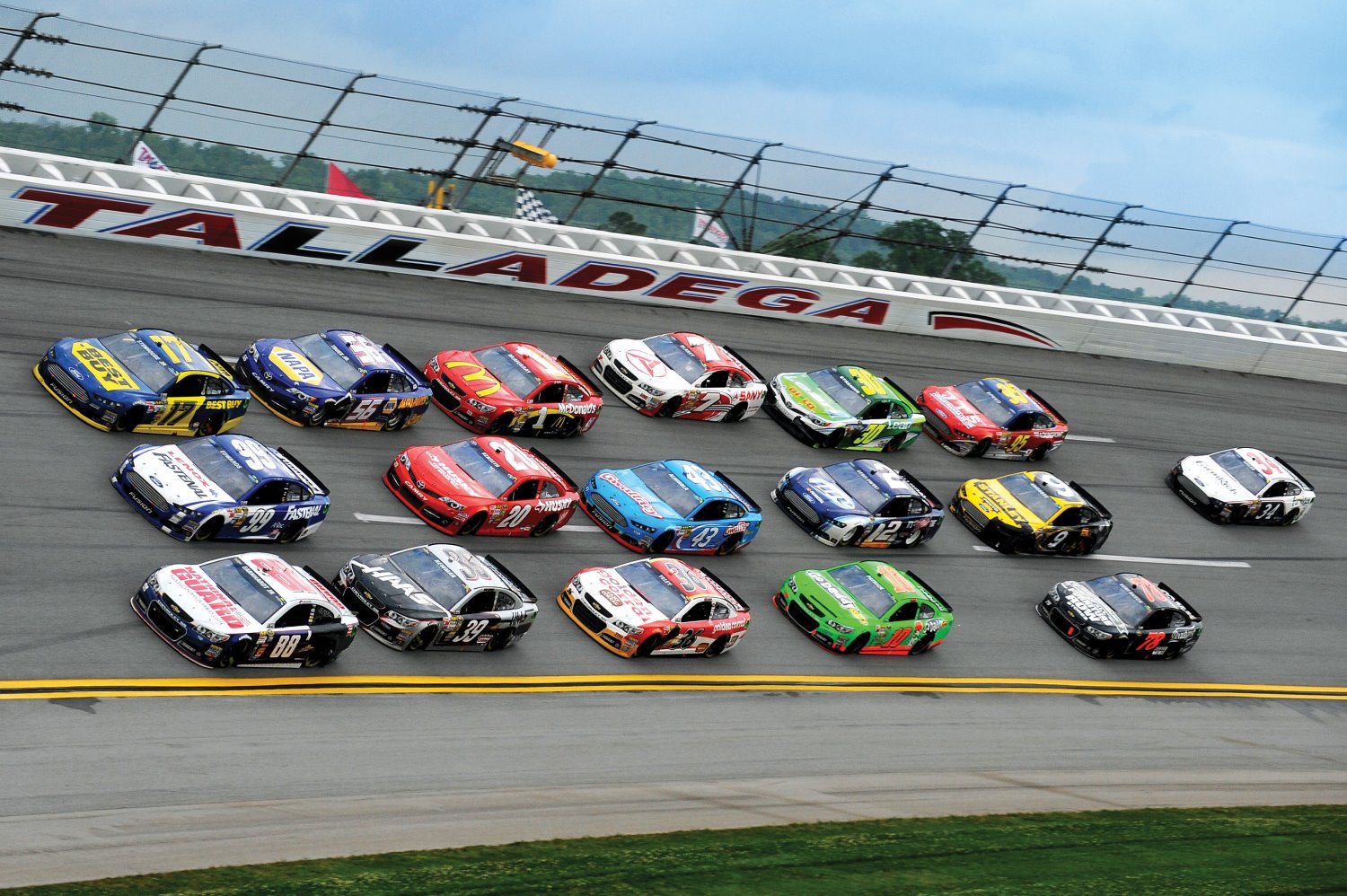 UPDATE As the Chase elimination race at Talladega Superspeedway quickly approaches, it appears NASCAR is ready to change the green-white-checkered procedure ahead of this weekend's race.

"We're in the final discussions with some folks in the industry, but I think that is where we're leaning," O'Donnell said Monday morning. "Still no final decision, but expect to hear something probably by Wednesday of this week as to where we go with it. If we do change anything, it will be purely procedural."

O'Donnell said despite some talk as of late, none of the changes will focus on the restrictor plates themselves, instead they will be "procedural in nature."

Some inside the NASCAR industry have called for that number to be reduced at the restrictor-plate tracks in an attempt to limit the chances of a major wreck taking place.

During the July race at Daytona, the field was involved in a frightening incident on a green-white-checkered finish. Austin Dillon's car was launched over the pack screaming past the start-finish line and made hard contact with the fencing. Luckily, none of the drivers were injured. Jay Pennell Fox Sports

Will there be new rules for NASCAR’s "crapshoot" race of the Chase for the Sprint Cup – the CampingWorld.com 500 at Talladega Superspeedway?

The sanctioning body and competitors have discussed different formats for the finish that should make the ending less precarious should the race go into overtime on restrictor-plate tracks according to motorsport.com.

One scenario would use just one green-white-checkered finish to determine the outcome instead of three. Multiple restarts mean multiple opportunities to wreck race cars.

"Just from the standpoint of owners throwing away money for one extra green-white-checker, yeah, because all you do is destroy race cars," Martin Truex Jr. said. "When it gets to that point, guys just lose their minds and hold it wide open no matter what the situation.

"So yeah, I think it's a good thing. We tear up so much stuff there anyway, it would be nice for at least half the field to bring home a race car."