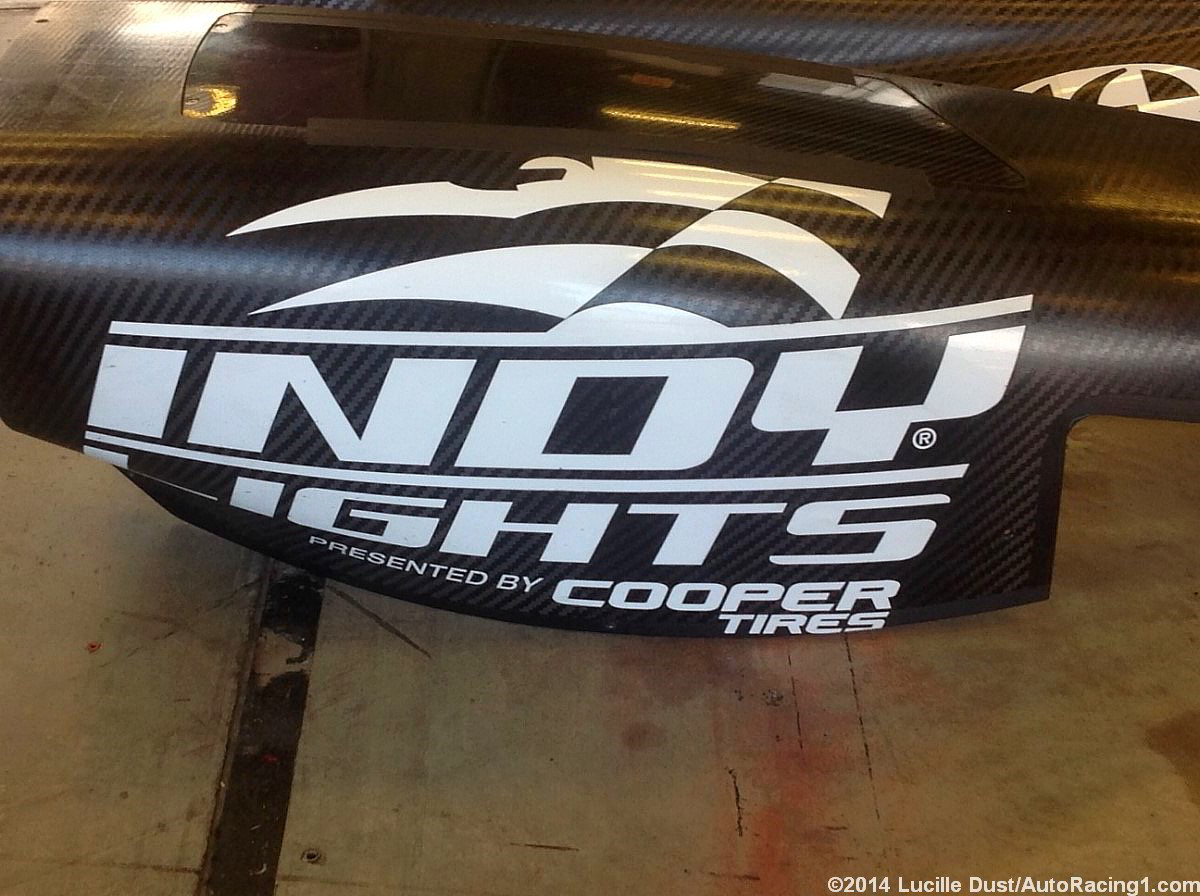 UPDATE #5 With a few recent announcements for the 2015 Indy Lights Presented by Cooper Tires, we have updated our Silly Season thread. See below

01/23/15 With a series of recent announcements and reports, AutoRacing1 has updated our list of confirmed entries for the 2015 Indy Lights Presented by Cooper Tires championship. As you will see, there are currently nine confirmed driver/team combinations with, notably, 6 confirmed American drivers.

Below the table of confirmed entries, you will find a table of team/driver entries AR1 rates as 'strong,' or likely possibilities.

Other teams and drivers of course have been rumored to be participating in this season's Indy Lights series. Stay tuned to AutoRacing1 for updates as the season approaches.

01/16/15 With today's announcement that Scott Anderson has signed with Schmidt Peterson Motorsports to drive the #77 Anderson Podiatry Centers entry, we count nine confirmed driver/team entries for the 2015 Indy Lights Presented by Cooper Tires series. See below:

12/19/14 With today's news that R.C. Enerson has signed with Schmidt Peterson Motorsports, we have updated our 2015 Indy Lights Silly Season page. See below.

It's been quite an offseason for the top rung of the Mazda Road to Indy. With a new car, new entrants, and a new vibe, the 2015 Indy Lights Presented by Cooper Tires championship promises to be one of the more anticipated in recent memory. Below, AutoRacing1 takes a look at the Indy Lights teams and driver lineups for Indy Lights with Pro Mazda and Cooper Tires USF2000 Championship Powered by Mazda threads to follow. And we’ll continue to update this thread as we receive more news.

The established sports car team will be racing both with and without fenders in 2015, as the team placed two orders for the new car. Sean Rayhall has long been rumored to have one of the spots with the team and 2013 U.S.F2000 champ and 2014 Pro Mazda runner-up Scott Hargrove tested with the team Wednesday.

After indicating he would be not be running Indy Lights in 2015, Michael Andretti appears set to return with two cars. Shelby Blackstock is signed, and we expect Matthew Brabham to return in a second car.

The 2014 championship team will be back in 2015 with a two car effort. Puerto Rican Felix Serralles brings his DonQ Rum backing. 2014 driver Alexandre Baron is rumored for the second car.

The famous English-based junior formula team made a shock announcement earlier this month confirming that they would be fielding a team across the Atlantic in 2015. British/Dubai dual citizen Ed Jones will pilot the first car. No word yet on the second Carlin entry.

Dragon Racing: Not to be mistaken with former IndyCar and current Formula E team Dragon Racing, this Australian-based outfit has reportedly ordered two Dallara IL-15 chassis. However, no further word on drivers or the extent of the team's participation.

The new car and Spencer Pigot capturing the Pro Mazda Championship in 2014, allowed Florida-based Juncos Racing was able to expand their racing operations and make the jump to Indy Lights in 2015. Orlando native Pigot will be joined by 2014 teammate Kyle Kaiser.

The team has reportedly ordered at least one of the new chassis and has 28-year-old Lights veteran Peter Dempsey on the books as a "consultant and test driver." It seems Dempsey may run at least a partial schedule.

Indy Lights most successful team will try to recapture its championship form in 2015. The team will have at least two entries, possibly more. Ethan Ringel is signed to pilot one of the cars. Ditto for 2014 U.S. F2000 runner-up R.C. Enerson. 2014 Indy Lights runner-up Jack Harvey could also be a possibility. Ditto for Luiz Razia.

There are reports the Pittsboro-based stalwart Lights team has ordered the new chassis, but confirmation from team or series.

Scott Anderson – The 25-year-old Colorado native finished fifth in the 2013 Pro Mazda standings. He ran a full Lights season in 2014 with Fan Force United. No word yet on team or driver status for 2015.

Matthew di Leo – The 19-year-old owner/driver from Ontario made five starts during the 2013 season. However, in 2014, the only race for Di Leo and MDL Racing would be the hometown race in Toronto. Di Leo recently told AutoRacing1 he had nothing currently in the works for 2015.

Juan Pablo Garcia – The 27-year-old Mexican ran a full season in 2014 with SPM and could potentially find a ride in 2015. Garcia has driven for seven different teams in a 45-race Lights career, in which he yet to record a podium finish.

Axcil Jefferies – The 20-year-old Zimbabwean contested the Mid-Ohio round last season for Belardi. However, no word currently on Jefferies' plans for 2015.

Zack Meyer – The 22-year-old Toronto native ran all the non-oval races for Team Moore last season. No word on his plans for 2015.

Ryan Phinny – The Hollywood based racer with support from George Clooney's Casamigos Tequila brand contested five Lights races in 2014 with Bryan Herta Autosport. The team also announced that they planned to continue with Phinny in some capacity in 2015. However, in the interim there has been no further confirmation from either team or driver.

Juan Piedrahita — During a full season 2014 effort with SPM, the 22-year-old Colombian scored a best finish of 5th at Mid-Ohio and Sonoma 1, and finished 7th in the championship.