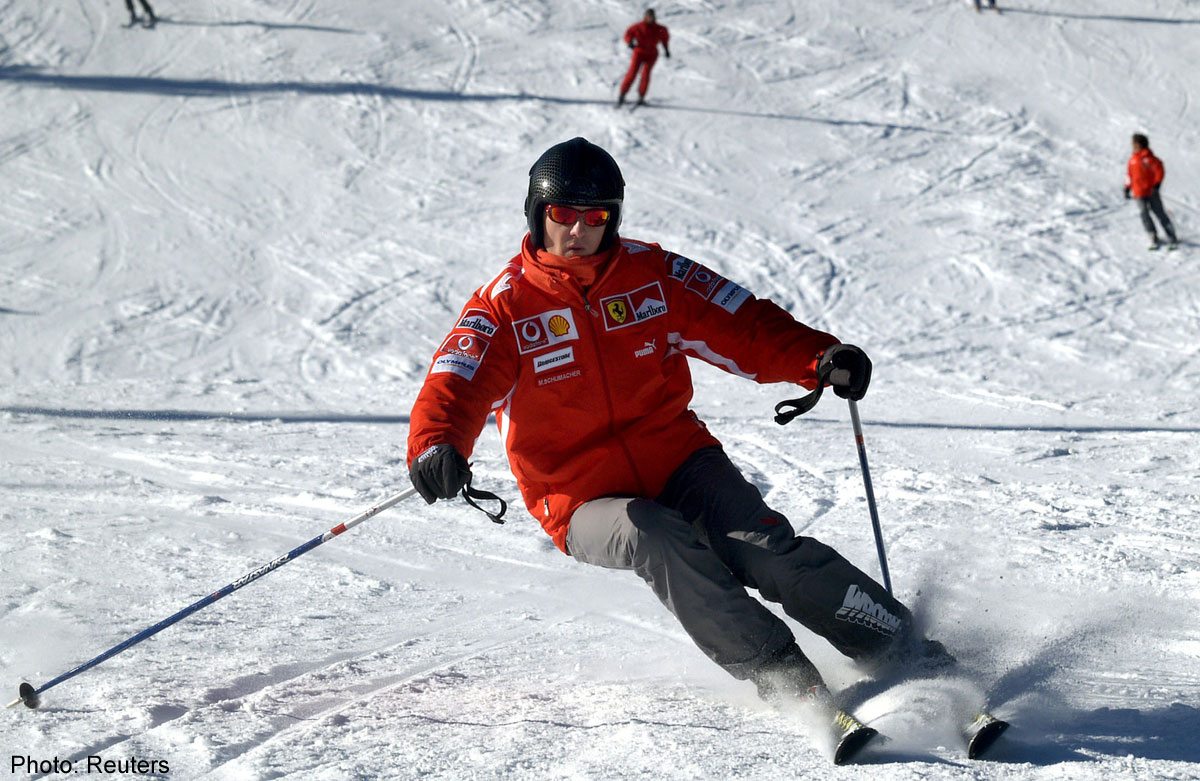 Michael Schumacher’s ski helmet might have broken because it was weakened by the camera fixed to it, investigators have revealed.

The German F1 legend, 45, was using the gadget to film his son on the slopes when he fell and smashed his head on a rock seven weeks ago today.

Experts from French ski academy Ensa are doing tests to check whether the headcam made the impact worse.

A source close to the investigation said: “The helmet completely broke, it was in at least two parts. Ensa received one piece of helmet to check the material and all was OK. But why did it explode on impact?

"Here the camera comes into question. The laboratory is testing to see if the camera weakened the structure."

Schumacher suffered serious head injuries in the crash at the French resort of Meribel and remains in a coma at Grenoble University Hospital.

The camera was intact and has provided police with vital information about the accident.

Prosecutors are tomorrow expected to clear the resort and the makers of Schumacher’s ski equipment of blame.

The source added: “The equipment seems to have been in good order. The skis were almost new, the bindings were not faulty and the ski boots were fine."

Doctors are trying to ease Schumacher out of his medically induced coma.

Wife Corinna, 44, with whom the seven-times world champ has two children – Gina Marie, 16, and Mick, 14 – has remained at his bedside in intensive care. The driver’s family issued a statement this week after reports he had caught pneumonia.

It said: “As assured from the beginning, we will continue to communicate any decisive new information on Michael’s health state. We are aware that the wake-up phase can take a long time.