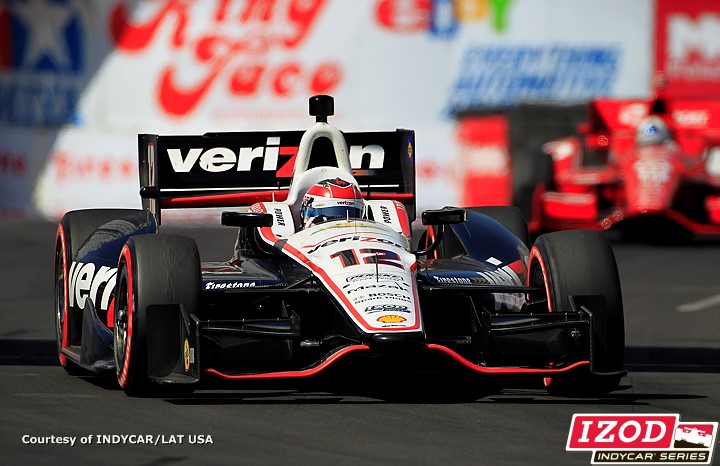 Okay, let's cut through the official press releases and other bovine excrement and talk about the real stories from IndyCar’s Long Beach Grand Prix.

Chevy scored four of the top five quickest times in qualifying at Long Beach. If you think Chevy is dominant now, wait till the Indy 500. You ain't seen nothing yet. Chevy's long-time affiliation with Ilmor Engineering (the real brains behind the Chevy IndyCar engine) and their early signing with Penske Racing virtually guaranteed success. See? I told you so.

Townsend Bell is an outstanding pit reporter. He's made the transition from the cockpit to the microphone far better than most. BTW, put him in a Chevy and he'd be my dark horse pick at the Indy 500. He's better at Indy than anywhere else and he gets little credit for it. I'd like to see him try again.

Josef Newgarden did nothing wrong when he crashed while trying to pass an alarmingly impotent Dario Franchitti on the first turn of the first lap. Dario punted him. It wasn't intentional and yes, Josef's move was risky… but this is racing, isn't it? Put that one on Dario. I like Josef's move. That's what fans pay to see.

Sebastien Bourdais' crash should have surprised no one. Putting a world class driver in sub-par equipment is a volatile mixture indeed. The driver isn't accustomed to losing and he tries to drive his car faster than it's capable of going. The experience is frustrating for everyone and the result is entirely predictable.

The other Lotus drivers fared no better. Alex Tagliani crashed. Katherine Legge ended up in the tire wall. Oriol Servia ended up three laps down. When you don't have enough horsepower and reliability to drive your way out of the pack, bad things happen. It's like being a defensive tackle in the NFL. You can watch it on TV all day, but things happen down in the trenches that you just can't imagine unless you're there. Driving in the pack is a recipe for disaster, and that's where Lotus' drivers are stuck until they find more horsepower.

Was Graham Rahal trying to block Marco Andretti when they crashed on lap 23? If so, that was the worst block I've ever seen. Andretti went airborne and smashed into the tire barrier. Go figure. Even when it's not his fault, Marco still manages to get involved in an accident.

Rubens Barrichello had a nice run going until the last lap at Long Beach, when he was rear-ended out of a possible top six finish. Otherwise he's been a non-factor this season. Since no sane person would question his driving ability, his also-ran status appears to be more of an indictment of Formula 1 than anything else.

Don't listen to the nonsense about Barrichello never having raced at Long Beach. A good driver can learn a track in a one or two days, so his lack of experience at Long Beach hardly washes as a reason for his lack of success.

Barrichello is a product of Formula 1. The disparity in F1 equipment is so wide that the “have-nots" are utterly irrelevant while the established teams (and the established drivers they hire) have real competition from only a handful of cars.

Not so in IndyCar, where the gap between the major and minor teams is considerably less. And there lies the real answer. Barrichello is no longer blowing past underfunded and hopelessly outclassed opponents. The IndyCar field is a bit more level and the learning curve will reflect it.

Driver of the Day? Several candidates come to mind. J. R. Hildebrand finished 5th in a brilliant drive. He'll never wipe the 2011 Indy 500 off his record, but this was a step in the right direction. He was solid all day and it was fun to watch.

But the Driver of the Day honor belongs to Ed Carpenter, who started 24th and finished 14th. Ed has never been known as a street course driver and gets no credit as anything but an oval specialist. He vowed to improve on the road/street courses this year and shows early signs of doing so. Carpenter is also moving out of his family's shadow as a first-year team owner and now faces all the problems that accompany such a move.

Remember, racing is not always about the final result. It's about what you can accomplish with the hand you've been dealt. Ed and his crew have done a lot in a short period of time.

Ed Carpenter Racing will be a factor at Indy. You can quote me on that.