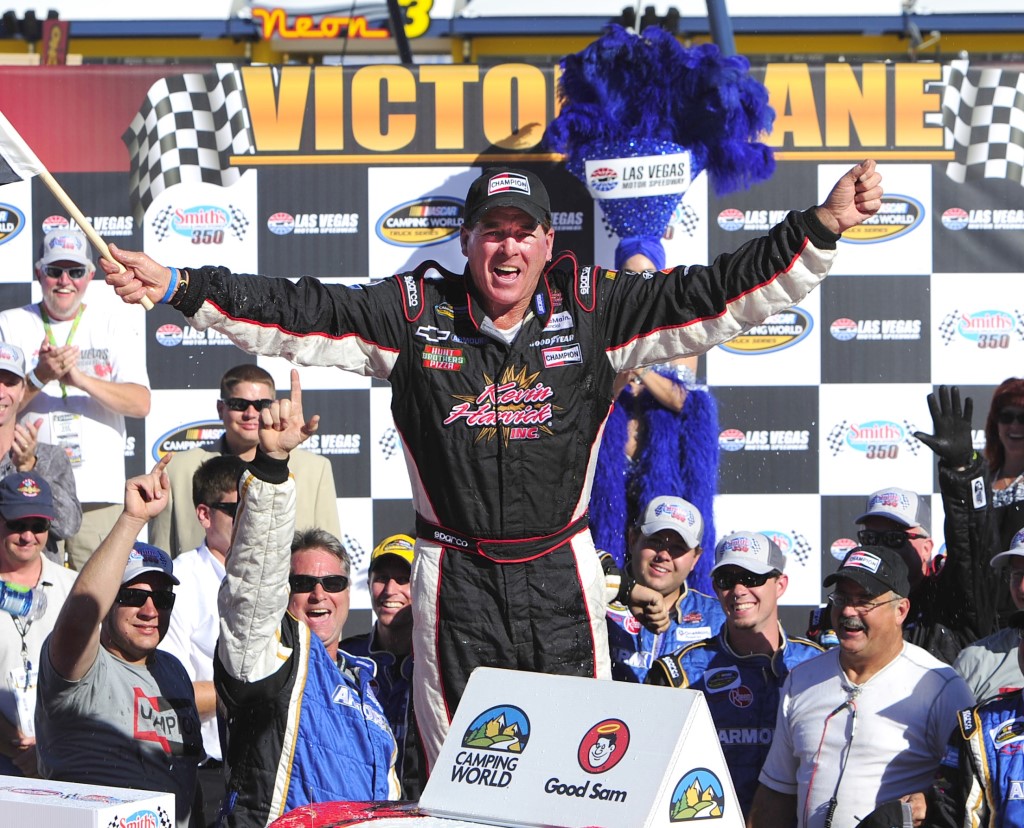 Ron Hornaday needed a big fall if he was to compete for the championship and he is making sure it happens. Coming off his 50th victory at Kentucky a couple weeks ago, Hornaday is back in Victory Lane again with an impressive victory in the Smith's 350 at Las Vegas.

Hornaday held off Matt Crafton in an eight-lap sprint to the finish for Hornaday's fourth victory on the season and 51st in his career. Crafton held on to second and Timothy Peters was third.

Johnny Sauter had a huge points day with a fourth-place finish and Todd Bodine rounded out the top five.

Austin Dillon and James Buescher came into Las Vegas as the top two in points but they each had trouble early and the Truck Series championship race has become much closer.

Points leader Dillon spun on Lap 2 and hit the wall. Dillon was never able to recover and finished 18th. About 50 laps later, James Buescher was in the wrong place at the wrong time when Blake Feese got loose and spun into Buescher's No. 31. Buescher went to the garage and was able to return to the track, but finished 21st.