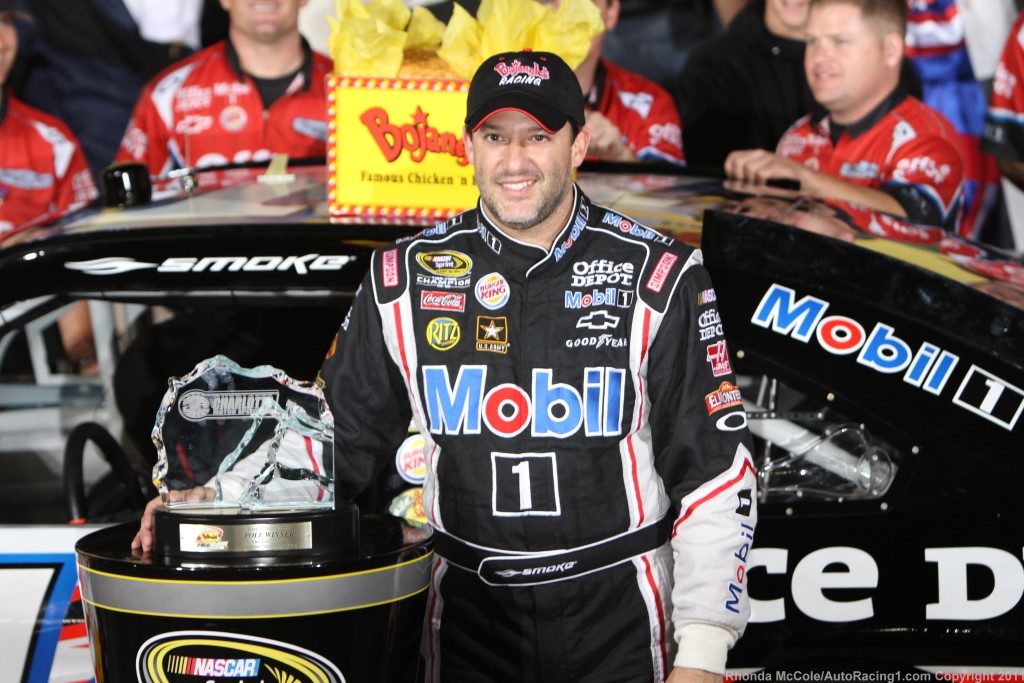 Stewart wheeled his no. 14 Mobile 1 Chevrolet to a lap of 28.131 at 191.959 mph to capture his 13th career Coors Light Pole Award and his first ever at Charlotte Motor Speedway

“It has definitely been a good start to the weekend," said Stewart. “I felt like was had a good pick up (from practice) and definitely had a really good lap, but you sit there after that lap and felt like hopefully we had something that was going to be a top five or six run there, but it was definitely better than we thought after we got out of that car."

Kenseth was the 32nd driver to take to the track and dropped Ryan Newman from the pole with a lap of 28.137 at 191.918 mph, only to see Stewart top him just four drivers later.

“I left some out there," said Kenseth. “I wish I could do it again. I wish someone would beat me by more because I wouldn’t feel bad about leaving half-a-tenth or something out there, but it was a good solid lap."

Stewart was 11th-fastest in the final practice on Thursday afternoon, with Kasey Kahne running the fastest lap at 191.455 mph.

As the qualifying session stretched into the early evening, the speeds didn’t pick up as much as many expected, with the pole changing hands six times in a matter of minutes, with the top five qualifying times separated by just a five one-hundredths of a second.

“I don’t know why a lot of guys didn’t pick up (speed)," said Stewart. “There were guys that broke even or may have barely picked up a little bit or lost a little bit….and that’s is not what you normally see here. You normally see a large, pick up from practice speeds to qualifying in the evening here."

“I expected the same thing," said Edwards. “I thought the times would be a lot faster. I think the speeds were faster in practice because the temperature was lower and we had some cloud cover, so those are still really fast times, but we didn’t see that huge change from practice to qualifying, I believe, because it wasn’t blistering hot out there during practice."