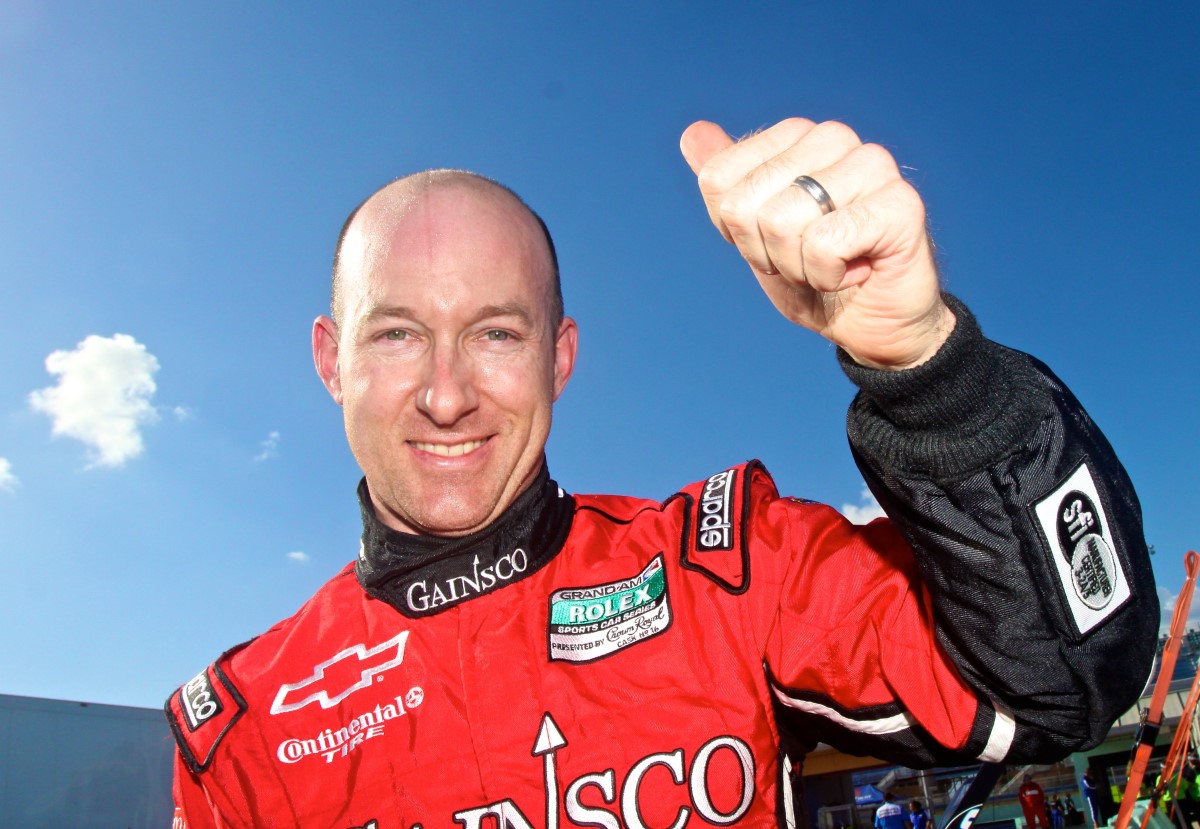 Fogarty edged Ricky Taylor in qualifying for the second-straight race with a record lap time of 1:16.504 (106.253 mph) in the No. 99 GAINSCO Auto Insurance Chevrolet Riley he co-drives with Alex Gurney. Fogarty topped Taylor by .101 seconds while breaking Memo Rojas’ existing mark by more than one second. Fogarty also extended his all-time Daytona Prototype qualifying record to 19 career poles.

“We had to really push hard to get that time," said Fogarty, who ended a six-race pole-winning streak by Taylor one race ago last month in Montreal. “I don’t know if two makes a streak, but maybe we can keep the streak going into next year. We have great weather here at Mid-Ohio – dry and cool. Normally it gets really hot in a Daytona Prototype, but in conditions like these, it’s really comfortable."

Despite the comfortable conditions, Fogarty’s pole run was far from easy.

“It was a handful," said Fogarty, who won his first pole of the season at Miami in March. “I was surprised the times were as quick as they were. The pressures and the temperatures of the tires I don’t think were necessarily synchronized at the time that I needed to do a fast lap, so it was a handful. So we pushed and had just enough to take the pole. Happy to be up there, it wasn’t easy, but it shouldn’t be."

Fogarty and Gurney scored back-to-back EMCO Gears Classic victories with GAINSCO at Mid-Ohio in 2007 and 2008. They will be looking for their third win at the track tomorrow and third of the season after winning at Montreal and in July at Mazda Raceway Laguna Seca.

“We had a lot of confidence going in," Gurney said. “The car has been working really good the last few races and we have always had really good cars here at Mid-Ohio. We rolled off the truck really quick this morning and were quickest in both practices. It was a little closer in qualifying than we had thought, but Jon got the job done, put up a really good lap time, and we are in good shape for tomorrow. We did a few long runs in practice, so everything is shaping up nicely."

Temperatures in central Ohio this weekend are barely hitting 70 degrees during the peak of the day, by far the coolest conditions ever for a Mid-Ohio race since GAINSCO entered the series in 2005.

“We make little adjustments to the car depending on temperature," Gurney said. “I don’t think that will be a big deal for tomorrow. It is pretty cool today, so we have a good idea of what it should be like tomorrow."

The No. 99 GAINSCO Auto Insurance Chevrolet Riley team is third in the GRAND-AM Rolex Sports Car Series Team Championship standings heading into tomorrow’s season-ending race. The No. 99 team has 304 points in third place and a 12-point margin over the fourth-place No. 5 Action Express Porsche Riley.

Race day Saturday starts with a morning warm-up final practice at 8:40 a.m. the only on-track activity for the GRAND-AM Rolex Sports Car Series before that afternoon’s race at 3 p.m.

Notes
The No. 99 “Red Dragon" Fogarty used to win the pole wasn’t as good as the car he and Gurney had to top both Friday practices. “Honestly, the car was working better in practice than it was in qualifying," Fogarty said. “We didn’t change much for qualifying. Conditions appeared to be similar, but the car was a little bit more free than what we had earlier in the day, but with new ‘sticker’ tires you can get away with that for awhile."… Gurney has endless praise for the outgoing Riley XX chassis that will be replaced by a new car next season. “It has proven to be exceptionally reliable and a real workhorse," Gurney said. “Contact with other cars is the norm in this series but sometimes I can’t believe the punishment that this car will take. Someone rams into the side of you and you think the car must be torn in half, and then I look at the car post-race and it is as if nothing happened. We’ve also been impressed that there always seems be to more pace locked away in there somewhere. Every time that we felt we had squeezed every last drop out of it, we made some new adjustment and found more lap time."