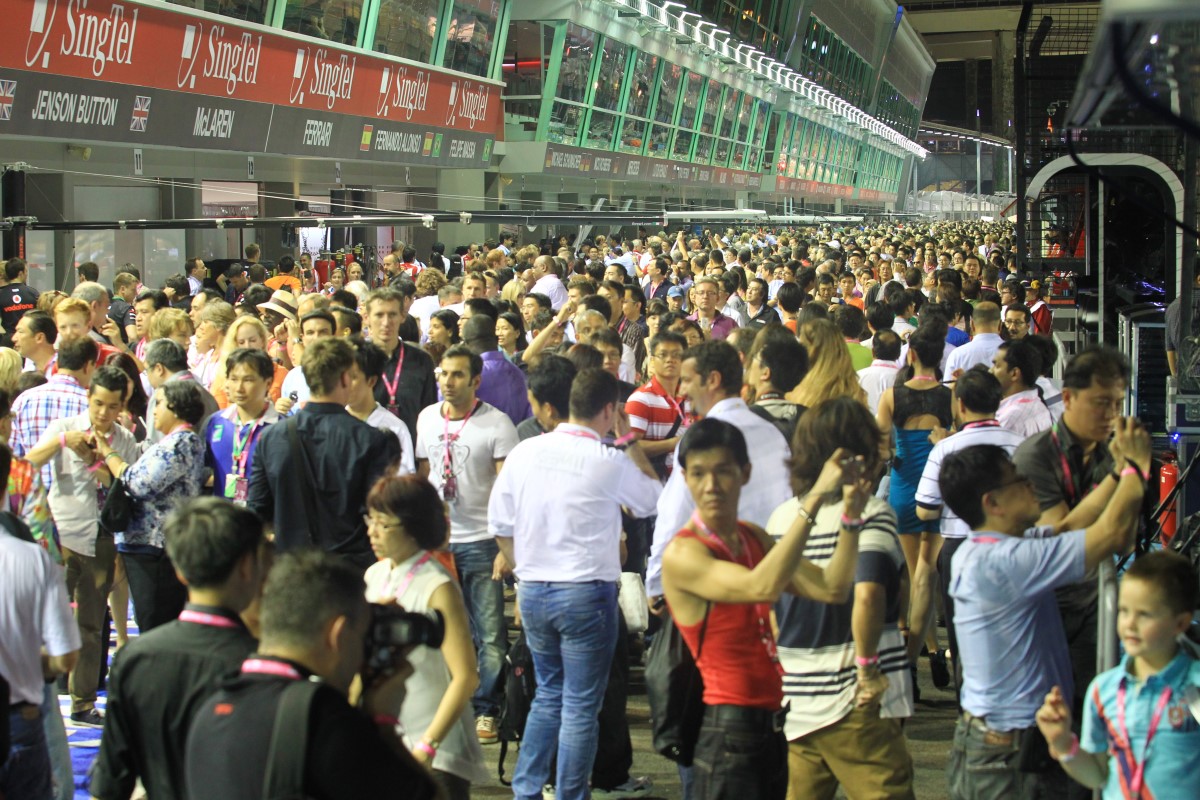 We reported this week that the city-state's government only intends to renew the deal beyond 2012 if the F1 chief executive eases his demands for the sanctioning fee.

But Ecclestone has told the Singapore newspaper Today that the negotiations are complete.

"Everything that was in the way of the Singapore grand prix continuing for another five years has been cleared," he said.

"I'm happy that this is out of the way because Singapore has been good to F1 and the night race has also been equally good for Singapore," added Ecclestone.

Red Bull, Alonso best so far in 2012 – Marko
(GMM) Red Bull and Ferrari's Fernando Alonso are shining brighter than any of their rivals so far in 2012.

That is the claim of Dr Helmut Marko, referring to Alonso's championship lead and the fact that Red Bull and McLaren are the only teams whose race drivers have each won a race so far this season.

"Overall I think we, together with Alonso, are the only ones who can consistently run at the front," Austrian Marko, Red Bull's motor racing consultant, told Servus TV.

He said McLaren's challenge has slipped away in recent races, even though "we can not ignore (Lewis) Hamilton".

"McLaren are having some problems at the moment, but it is a top team and Hamilton a top driver, and the points gap is quite small.

"Two or three good results and he is back up there again," added Marko.

"They have the capability to win this championship," he wrote in the Telegraph.

"The rate of development in formula one is astonishing," said Coulthard. "The introduction of a new package, small changes to setup, can make a big difference and it would not surprise me in the least if a McLaren won in Germany next week."

Webber upped form with performance 'coach' – Horner
(GMM) Mark Webber enlisted some outside help to get him over the slump of 2011.

After narrowly losing the title to his teammate Sebastian Vettel in 2010, the Australian's form nosedived last season as Vettel utterly dominated in the sister Red Bull.

But Webber, 35, is back with a bang in 2012, winning two grands prix so far compared to Vettel's sole Bahrain victory and a new contract for 2013.

Horner named the 'coach' as Webber's friend Bernie Shrosbree, who the winner of 9 grands prix met while he was a Renault test driver in 2001.

Back then, Shrosbree was Renault's 'performance training' chief.

"Seb found great momentum in 2011 and was unstoppable but it's easy to forget that Mark was never that far behind," said David Coulthard after Webber's British grand prix win.

"He was never being lapped," he wrote in the Telegraph. "Either way, he is in great form and right in the championship hunt."

Quick Webber decision to stop rumors – Marko
(GMM) Red Bull made a snap decision to re-sign Mark Webber in order to stop the "constant rumors" about the Australian's future.

That is the claim of Dr Helmut Marko, who just hours before the team announced the 35-year-old Australian is staying in 2013 actually said Red Bull would only decide its next lineup "in August".

Why the rapid change of heart?

"Because we wanted to put an end to the constant rumors and the resulting unrest," the Austrian told Kleine Zeitung newspaper.

Webber, whose slumped 2011 form has bounced back with a bang this year, had been linked with a sensational switch to Ferrari.

"Mark is relaxed and motivated this year unlike ever before," Marko continued.

After the driver announcement on Tuesday, team boss Christian Horner told Sky Sports "the lure of Ferrari" had been a "significant" factor in Webber's deliberations for 2013.

The news of Webber's new deal will be a big relief for Felipe Massa.

"Our prediction?" wrote Auto Motor und Sport. "The five big teams will not change (their drivers) for 2013."

Ferrari team boss Stefano Domenicali is quoted by O Estado de S.Paulo (Brazil) and Marca (Spain) newspapers: "I have often said that we are not in a hurry" to decide Fernando Alonso's 2013 teammate.

As Webber was the prime candidate to replace Massa, this week's news as well as the Brazilian driver's recently improved form indicates that Ferrari might simply leave its lineup alone for 2013.

After Silverstone, Ferrari president Luca di Montezemolo said: "I am very pleased to have seen that Felipe was very quick, fighting hard and consistently throughout the weekend.

"It was very important for him and for us".

The issue of the questionable aesthetics of this year's field returned to the headlines this week when Lewis Hamilton wondered if McLaren took the wrong path with the sleeker design of its struggling MP4-27.

"Just look at them (the 2012 cars) and ours looks different from the others," he said after Silverstone.

"That's a significant difference," Hamilton added, "(although) it's too big a change (for McLaren to make) for this season."

But Brazilian correspondent Livio Oricchio has revealed that Whiting, the FIA's top F1 official, is looking into tweaking the rule that led to the prevalence of stepped noses this season.

"The FIA is aware of the dissatisfaction of the fans in relation to the appearance of this year's cars," Whiting told O Estado de S.Paulo newspaper.

Bernie Ecclestone blamed the torrential English weather, but some fans were angry at the organizers of the event amid the mud, parking and traffic chaos.

Refunding money to paying spectators told to stay away on Saturday will cost Silverstone millions of pounds, but managing director Richard Phillips said he is staying put.

"I did think 'should I be in charge? Is it sustainable?' he told the Daily Mail. "But I have always wanted to see it through.

"I love this place, there is a long way to go with it, we have come a long way but it's a great circuit and I am lucky to have the job I have got, I would love to be here next year," added Phillips.

With November's Abu Dhabi plans up in the air, there had been uncertainty the Silverstone alternative was going ahead at all until HRT said Chinese driver Ma Qing Hua will be running on Thursday and Friday.

The French-language news agency AFP now reports that Williams and Marussia will also be in action.

Williams will be running its reserve and 'Friday' driver Valtteri Bottas, while the Marussia-sponsored GP2 drivers Max Chilton and Rio Haryanto will also be in action.

AFP said Thursday's running will be on the full British grand prix circuit, before a shorter 10-corner layout is used on Friday.

It is rumored, meanwhile, that Ferrari will be running its young drivers neither at Silverstone nor Abu Dhabi, opting instead to test alone at Jerez at the end of the season.

Following a major falling out with Mercedes, Bernie Ecclestone now insists there is in fact "total agreement" up and down the pitlane with regards to the sport's commercial structure beyond the expiry of the current contract.

"Total agreement," he told the Daily Mail when asked about the progress of the next Concorde.

"We are just talking to the lawyers — 'why have you used this word, that word?'. Typical lawyers," said the sport's 81-year-old supremo, "but everything's fine.

"Commercially it's done," he insisted.

The next step, Ecclestone suggested, is to work out how the sport's technical regulations are written in the future.

"It should be the teams, though not all the teams, who do that," he said. "They are the people who have to come up with the money, not the FIA.

"It would be the established teams who are here to stay – Ferrari, McLaren, Red Bull, Mercedes and probably Williams as old timers – deciding what to do."