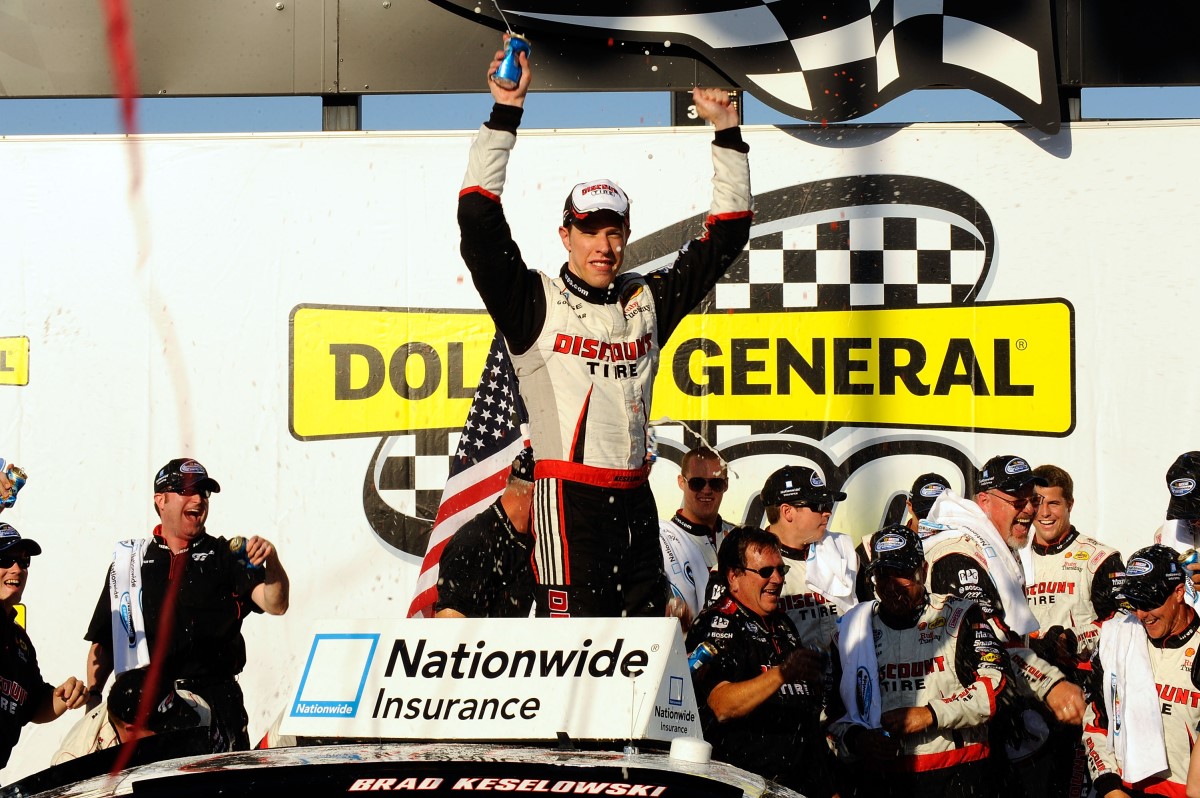 A full schedule of double-duty driving didn’t hurt Brad Keselowski, who won Saturday’s Dollar General 300 Nationwide Series race at Chicagoland Speedway in a prelude to his debut Sunday in the Chase for the NASCAR Sprint Cup.

Keselowski won his third Nationwide race of the season and the 15th of his career, cruising to a decisive victory over Carl Edwards, whose chances at a victory evaporated when his No. 60 Ford ran out of fuel moments before a scheduled pit stop on Lap 124 of 200.