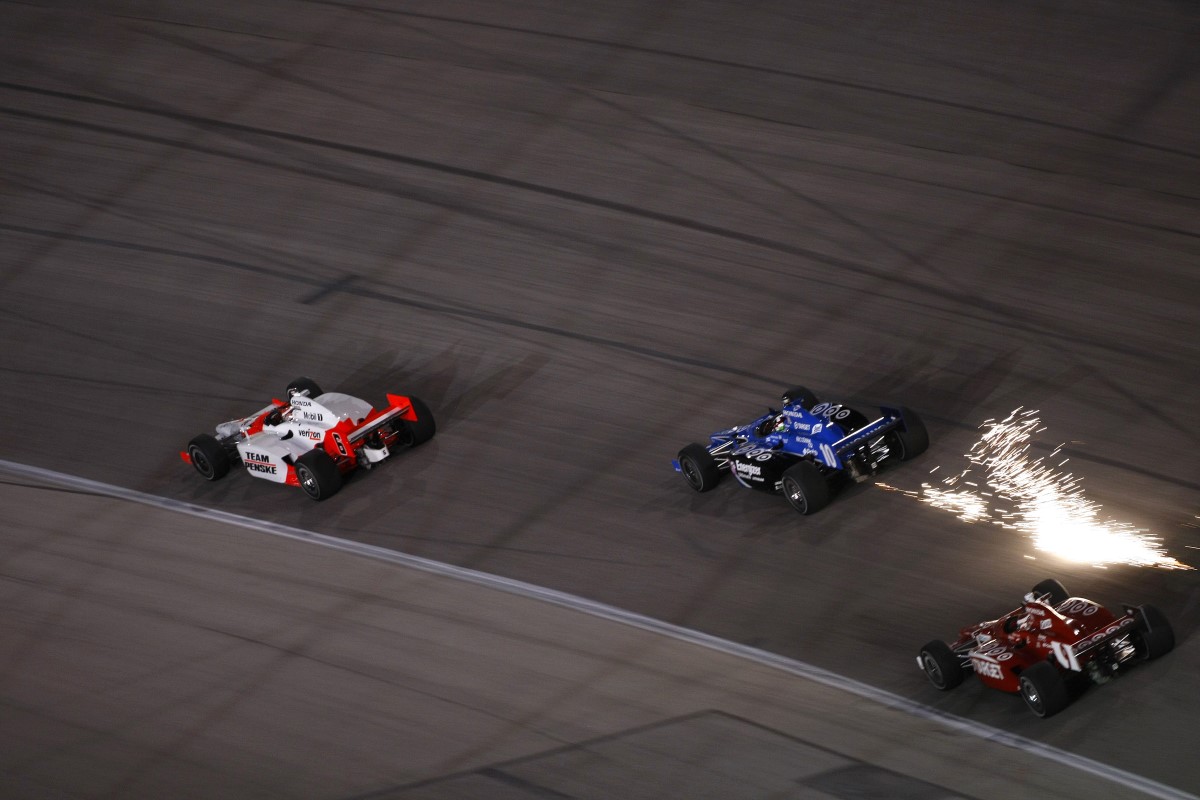 The Firestone Twin 275s at Texas Motor Speedway will be identical in almost every way when the IZOD IndyCar Series race twice in the same day this summer, with one significant exception. Both will pay half the points and half the bonus prizes for the event, but the field for the second race will be set by a blind draw, INDYCAR officials announced today the rules for the June 11 race.

The Firestone Twin 275s (formerly the Firestone 550k) on June 11 will consist of two full-field races on the 1.5-mile, high-banked oval. Traditional oval qualifying will be held to set the grid for the first race, and the starting positions for the second race will be determined by a blind draw conducted immediately following the conclusion of Race 1. Teams will have one hour of preparation time between the first and second race.

Each race winner will receive 25 points through 5 points for the 25th-place and subsequent finishers (all half points). The driver leading the most laps in each race will earn two bonus points, but the driver starting on the pole in Race 2 won't receive the one point that the first race pole winner receives through two-lap qualifying. Half bonus money — $17,500 for first place through $5,000 for fifth – also will be allocated.

Additionally, entrants shall utilize the same pit locations, based upon qualifications results for the Indianapolis 500, for both races. Because of the brief amount of time between races, each team (distinguished from entry and entrant) will receive one additional engine for use as needed with its entries in Race 2.

"We want to keep the format of this event as exciting as possible for our fans as we revive this open-wheel tradition," said Brian Barnhart, president of competition and operations for INDYCAR, the sanctioning body of the IZOD IndyCar Series. "With the starting field for the second race set by random draw, you could see the winner from the first race starting from the back of the field, creating quite a bit of drama. Also, if a car suffers damage and fails to finish the first race, there will be an opportunity for the driver to rejoin in the second race as we will have extra engines available for use in their back-up chassis. We want to make sure we're ensuring a strong field for Race 2 to keep the excitement and momentum going throughout the entire event."

The IZOD IndyCar Series has raced at the Fort Worth facility 21 times, including twice in the same season seven times, since the racetrack opened in 1997.

"You have to love the open-mindedness of the INDYCAR officials for randomly selecting the starting lineup of the second Firestone Twin 275," Texas Motor Speedway President Eddie Gossage said. "It guarantees a real jumble, an incredible shootout in the second race. Different strategies are going to be employed for each race. What a night of racing this will be."

There were 17 doubleheaders (nine on ovals) under USAC and CART sanction from 1967-81, with a driver sweeping both races 10 times. The grid for the second race was determined by finishing order in the first contest in all 17 events.

Note: "Twin" races were held as qualifying events for the Ontario 500 Mile Races of 1973, '74 and '75, but they employed odd and even qualifiers rather than all contestants together in the same races.

INDYCAR shall award points for each Race as follows:

The Entrant and Driver starting in the pole position for Race 2 shall not earn one point.

A Non Starting Car in each Race shall earn 3 points.

The Entrant and Driver posting the most laps led in each Race shall earn 2 points.