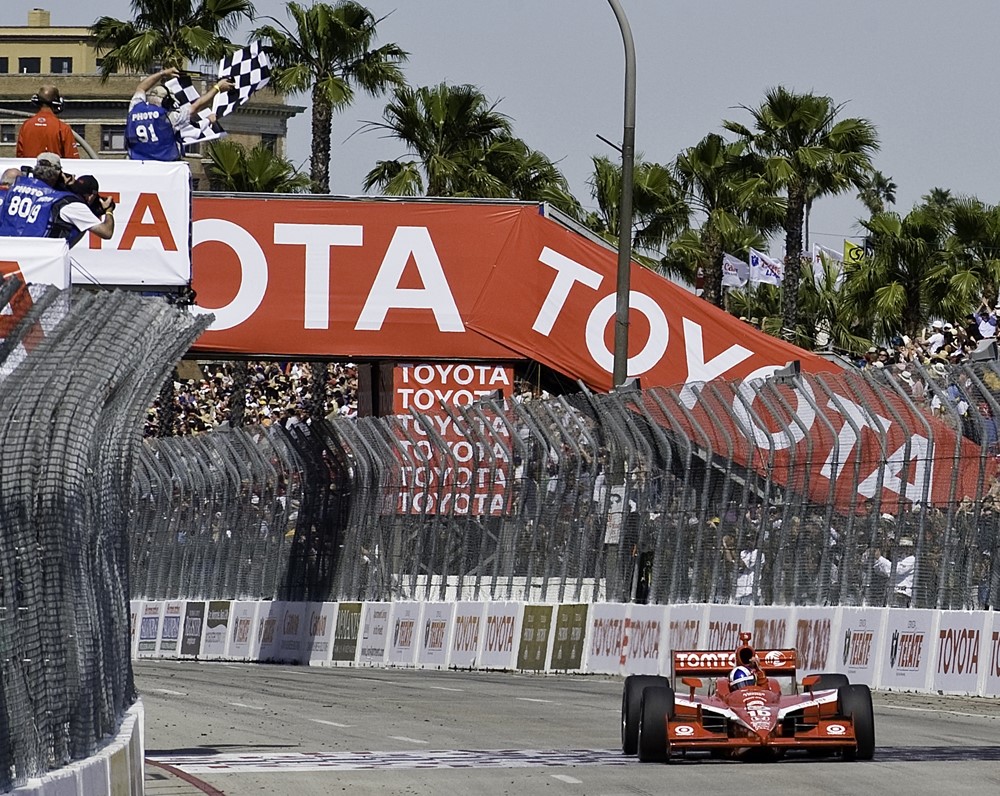 With ticket sales taking off, the race track being prepped and promotions in full swing, Long Beach businesses are gearing up for the community's biggest yearly public and economic event, the Toyota Grand Prix of Long Beach.

Boosted by a new ticketing program, improving economy and expanded broadcast deals, the race is expected to attract between 175,000 and 200,000 people the weekend of April 15-17, pumping an estimated $35 million into the local economy.

While a full economic impact study hasn't been conducted in several years, rough estimates of the event's impact on hotels, vendors, restaurants, city coffers and other areas can be roughly calculated by examining average visitor spending, retail and hotel bed tax rates, room rates and wages generated by the city's leisure and hospitality industries.

Hotel room rates, for example, have increased in recent months from the lows of 2009, when rates dropped 8 percent and revenue-per-room dipped more than 16 percent. By late 2010, rates had rebounded to about $150 per night in downtown hotels and slightly less in outlying areas, improving both lodging revenues and employment.

"Even in these tough economic times, sports have contributed to be a major contributor to the economy of the Los Angeles, Orange County area," said Los Angeles Sports Council President David Simon. "And while we can quantify the economic impact of the (sports) industry, we cannot quantify the psychological impacts on the people of Los Angeles County. Sporting events go beyond dollars and cents because of the ability to be a rallying point for a community."
Indeed, Long Beach city boosters consider the Grand Prix the prime marketing event for the city, with television, print and radio coverage across the world repeatedly showcasing the city's skyline and beaches as cars race around downtown streets packed with tens of thousands of screaming fans.

"In addition to the several hundred thousand spectators that attend the race weekend and spend money in Long Beach, the race also garners nationwide attention, including attention that goes beyond just motor racing fans," said Bob Maguglin, a spokesman for the Long Beach Convention and Visitors Bureau. "The celebrity race is extremely popular and brings a whole different audience's attention to Long Beach."

"Fortunately we have always attempted to contract with our sponsors on a multiyear basis and that has been very helpful in bridging the difficult economic years in 2008 and 2009," said Michaelian. "Many of our largest sponsors have been with us for many years, topped by Toyota which has been a sponsor since our start in 1975. This year we are beginning to see some added interest in certain categories like car insurance with our new sponsorship with the Auto Club of Southern California. What has really expanded has been our hospitality segment which is currently pacing well ahead of last year and is causing us to already look at where we can place additional units to sell."

The Long Beach Convention and Visitor's Bureau estimates the roughly 4,000 hotel, motel and inn rooms in and around downtown and the airport will reach near capacity race weekend, far above the 75 percent average occupancy rate.

For the city, that equates to a weekend bonanza in transient occupancy taxes, or hotel bed taxes, which currently stand at 12 percent. If estimates hold and 90-plus percent of these rooms are booked race weekend, upward of $215,000 would be generated for city coffers from hotel bed taxes during the three days of racing, concerts and other Grand Prix-related events.

For hotels, restaurants, vendors, entertainment spots and transportation, the Grand Prix draws in between 175,000 and 200,000 fans annually, an estimated 60 percent of whom come from outside the city and surrounding communities.

The CVB also uses the race to host dozens of corporate and nonprofit organization executives to view the city's hotels and amenities firsthand, with the hope that they'll book conventions and events later in the year.

So far, the practice has been highly successful, with the CVB scoring some major events in recent years that include Hot August Nights, making its debut this year and expected to attract in excess of 250,000 people, and a conference for the Association for Women's Obstetrics and National Nursing.

In total, seven major conferences have committed, which are expected to have a total economic impact of $231 million to the city, including $2.7 million in hotel bed taxes and 111,300 room nights booked.

"The Grand Prix serves as a major sales tool for the CVB," Maguglin said. "Our Grand Prix (corporate and nonprofit) tours bring in major meeting planners from across the country and allow them to see how all of our city entities – hotels, government, transportation, restaurants, attractions, etc. – come together to ensure a successful special event."

"So far the relationship with Tix.com has worked out even better than we could have expected for a first year venture," Michaelian said. "The initial installation is now complete, and we are accepting ticket requests through our website where we can now offer our ticket buyers the opportunity to purchase any available seat in our entire inventory as well as see the viewing perspective from any of the grandstands. And all of our ticket buyers will have the option of printing their tickets at home, and we will have a full bar-code scanning system in place at all of the entry points to quickly expedite the entry procedure. And perhaps best news of all is that the fees for this new ticketing service are considerably lower that what our customers paid in the past," he said. Long Beach Press Telegram