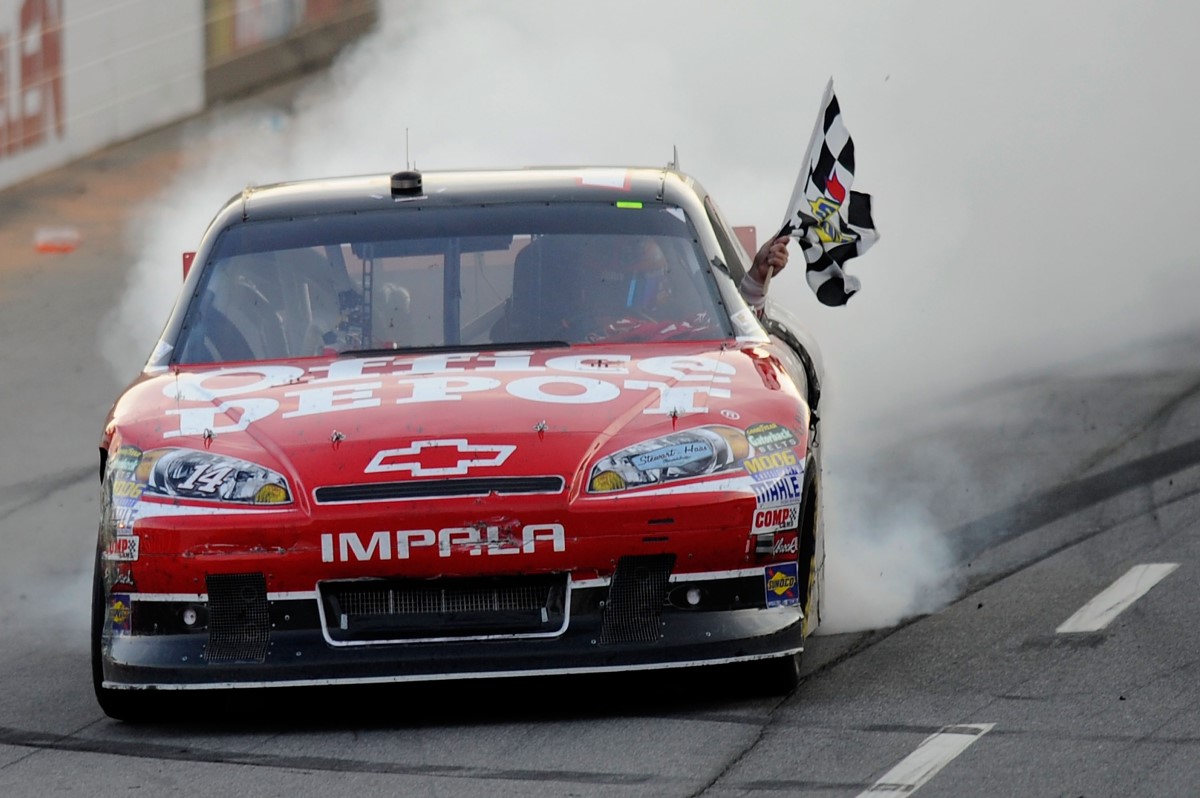 Tony Stewart passed Jimmie Johnson on a restart with three laps left in Sunday’s Tums Fast Relief 500 at Martinsville Speedway and held off Johnson’s desperate bid for the win on the final lap.

The victory was Stewart’s third in the Chase for the NASCAR Sprint Cup and vaulted him into second place in the standings, eight points behind leader Carl Edwards. Stewart won for the 42nd time in his career.

“He’d better be worried," Stewart said of Edwards after the race, “that’s all I can say. He’s not going to have an easy three weeks."

Miraculously, after twice being lapped on the racetrack, Edwards salvaged a decent run and retained his lead in the Chase standings with a ninth-place finish, as his two closest pursuers entering the race, Matt Kenseth and Brad Keselowski, both experienced late trouble and finished 17th and 31st, respectively.

After a wild first half of the race had settled into a 97-lap green-flag run after the midpoint, Hamlin squeezed past Gordon on Lap 320 and stayed out front in traffic until Burton’s spin caused the 10th caution of the race.

That started a spate of cautions that gave Harvick and Stewart a chance to move to the front with two-tire calls—and allowed Edwards to return to the lead lap under the 12th caution with a free pass for the highest-scored car one lap down.

Note: At the drivers’ meeting before the race, NASCAR announced that any driver intentionally causing a caution by stopping on the racetrack will be penalized three laps. The rule is in effect for at least the rest of the season, though the number of laps could vary according to the size of the racetrack.