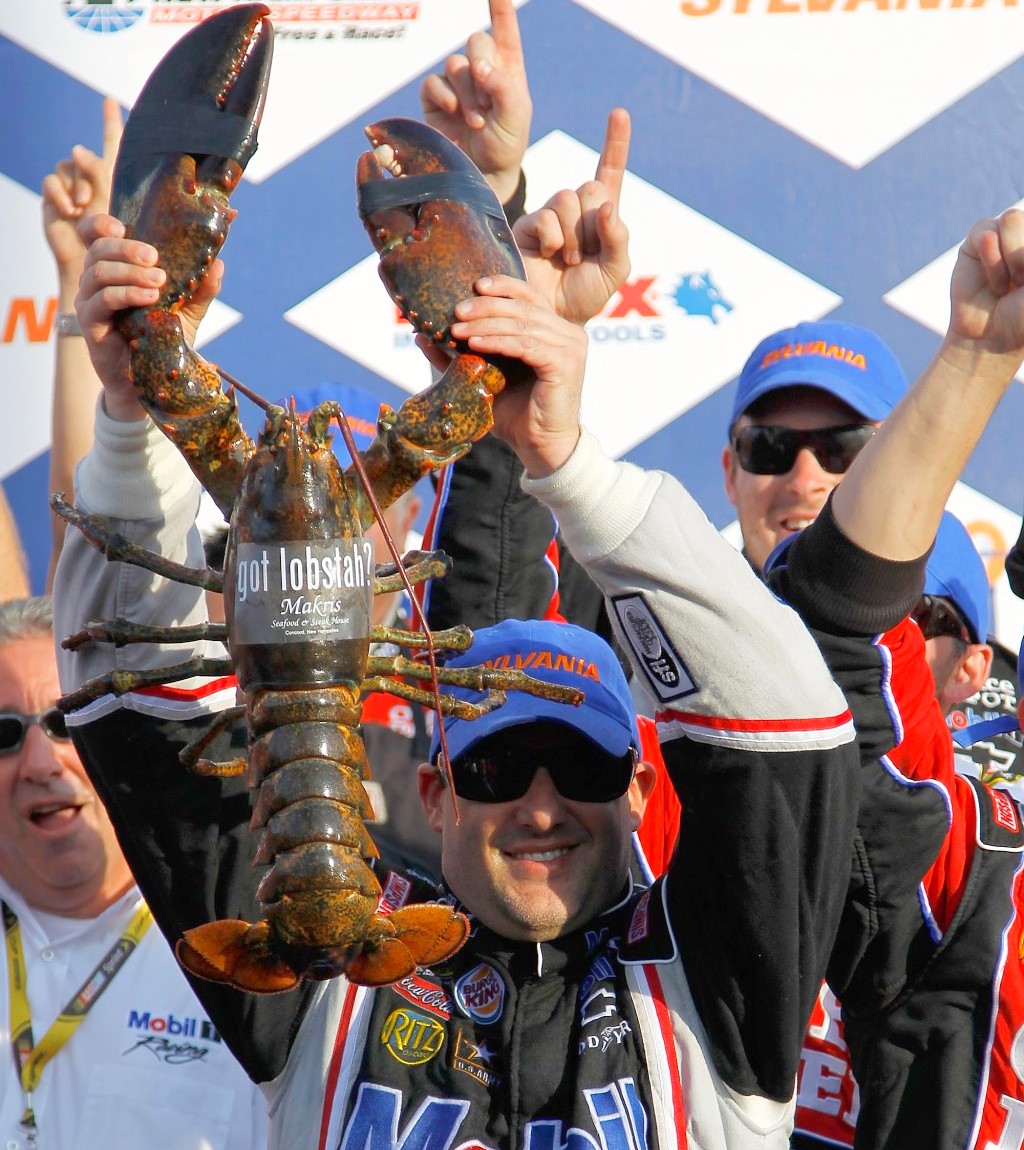 After climbing from his winning car Sunday at New Hampshire Motor Speedway, Tony Stewart made the understatement of the year.

"We’ve got a shot at this thing," said Stewart, who by taking the checkered flag in the Sylvania 300 became the second driver to win the first two races in the Chase for the NASCAR Sprint Cup in the same year.

In a dramatic reversal of fortune, Stewart won the race—and grabbed a seven-point lead in the Cup standings over 12th-place finisher Kevin Harvick—when Clint Bowyer ran out of fuel with fewer than three laps to go.

"If that’s not a flip-flop from last year, I don’t know what is," Stewart radioed to crew chief Darian Grubb after crossing the finish line.

Stewart led last year’s Chase race at the Magic Mile but handed the victory to Bowyer when he ran out of fuel on the final lap.

With his second straight victory, his second of the season and the 41st of his career, Stewart has more than a shot at the title. The 2002 and 2005 Cup champion, who downplayed his own chances entering NASCAR’s 10-race playoff, now has to be considered the favorite.

"I know exactly how (Bowyer) feels right now," Stewart said. "I saw him slow down down the back, and I thought, ‘Oh, no, you’re kidding me.’ That’s not the way you want to win, but we’re in the Chase now, and we’ve got to get everything we can get."

A caution for Landon Cassill’s spin on Lap 156 played right into Gordon’s hands just past the halfway point in the 300-lap race. By putting off their pit stops as long as possible, Gordon, Kasey Kahne, Mark Martin and Ragan were the only drivers on the lead lap when the yellow flag flew.

Gordon, who led a race-high 78 laps, Martin and Ragan came to pit road on Lap 158, giving them the latitude to finish the race on one more stop. The caution also benefited Keselowski, who had pitted before the caution on Lap 154 but within a one-stop window.

A long cycle of green-flag stops that began with Kahne’s visit to pit road on Lap 217 shuffled the running order. Kahne was the leader on Lap 247 but soon surrendered the top spot to Bowyer, who had stopped on Lap 226.

Keselowski felt his team got maximum performance out of a car that probably would not have run second if fuel consumption hadn’t been a factor. Keselowski, now third in the standings and 11 points behind Stewart, also marveled at how far he has come in a short time.

"It’s funny, because 10 races ago, we left Loudon here 23rd in points," Keselowski said. "Who’d have ever thought we’d be third in 10 weeks? It’s been a good road to travel down the last few weeks, and today was no exception.

"We weren’t the fastest car—I’d be lying if I tried to tell you we were—but we made good adjustments to our car, got it to where it was a good, solid top-10 car and drove up to fourth or fifth there with 100 to go, 80 to go, whatever that was. … All in all, I felt like we earned the majority of our good fortune."

With eight race left in the Chase, only three drivers—Harvick, Keselowski and Edwards (14 points back)—are within 20 points of Stewart.