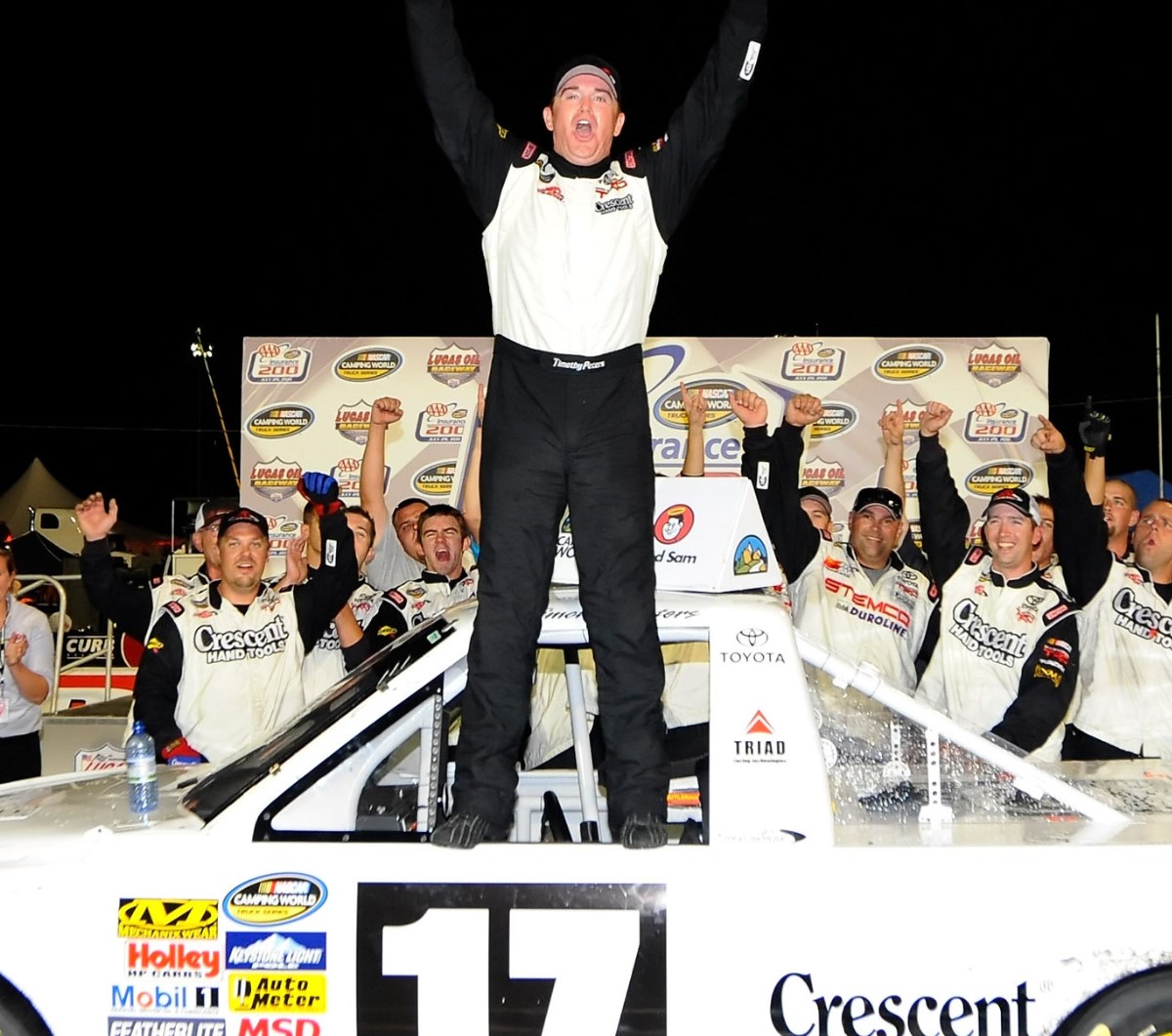 A flat tire turned out to be one of the biggest breaks of Camping World Truck Series driver Timothy Peters’ career.

That flat tire occurred just before the halfway point in Friday night’s AAA Insurance 200 at Lucas Oil Raceway. It put him off cycle in terms of pit stops, allowed his crew to improve his truck and paved the way for Peters to take the lead with six laps to go.

Once in the lead, Peters went on to get his first victory of the season and third of his career.

"That’s what saved our night right there," Peters said.

The truck he passed with six laps to go belonged to James Buescher, who led from just past the halfway point until being overtaken by Peters.

Buescher, 21, was going for the first victory of his career in his 60th start.

"It’s definitely frustrating when you lose the lead that late," said Buescher, who led a race-high 97 laps. "Can’t get any closer to a win than that. But we had nothing for him."

Rounding out the top 10 were Matt Crafton, rookies Joey Coulter and Cole Whitt, polesitter Austin Dillon and Ross Chastain, who was making his first start.

Coulter was the last car on the lead lap as the final 107 of 200 laps were run under green. The race set a record for fewest cautions—four—for a truck race at the 0.686-mile track. The second caution, for 17 of the 28 laps run under yellow, was because of rain.

Peters’ fateful flat occurred just before he made contact with Steve Arpin. Peters said he didn’t even realize he had cut the tire until much later.

During the ensuing pit stop, crew chief Butch Hylton and his crew went to work with a series of adjustments to the track bar and tire pressures. Peters’ Toyota Tundra, which was slow off the truck Friday morning, came alive.

Points leader Johnny Sauter also suffered a cut tire, but he finished 23rd. He also damaged a track bar. Before those troubles, Sauter, who started the race leading the standings by 18 points over Dillon, had led 44 laps and appeared to be the driver to beat.

Dillon led 36 laps and closed to four points of Sauter. He also closed in on a postrace confrontation with Todd Bodine. The two tangled late in the race, and Dillon didn’t like it. He blocked Bodine’s way on pit road after the cool-down laps.

Bodine, who finished 12th, took the blame for the incident and apologized.

"I thought I was clear (of Dillon)," Bodine said. "Austin is the last person in the world I would do that to."