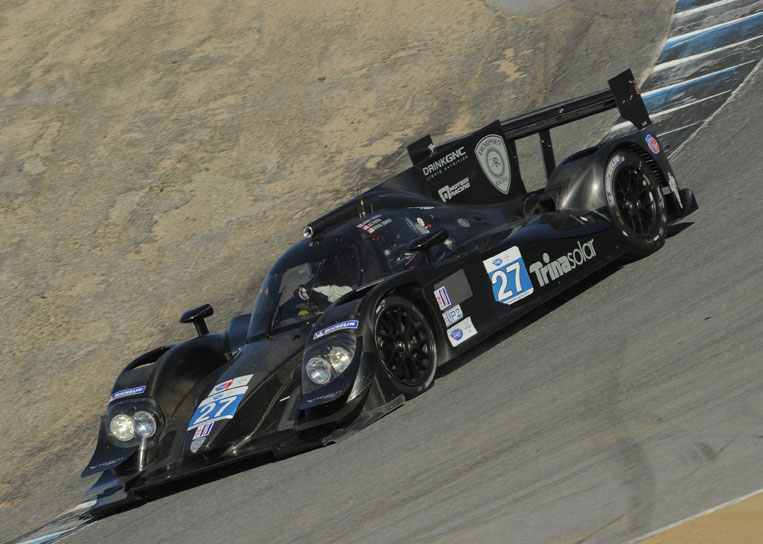 Less than a week after it hit the track for the first time, Dempsey Racing’s Lola-Judd prototype finished Thursday’s test for the American Le Mans Monterey presented by Patron with the third-fastest time in P2. Hollywood star Patrick Dempsey, fellow team co-owner Joe Foster and Jonny Cocker each got time in the two-hour test at Mazda Raceway Laguna Seca.

The trio’s best lap was a 1:19.698 (101.092 mph) effort in the lead-up to the third round of the American Le Mans Series presented by Tequila PatrÂ¢n. That was good enough for fifth overall among the 35-car entry.

“The car is phenomenal. The Michelin tires are great and it’s been an incredible experience to be out there running in a P2 car," Dempsey said after his first run in a prototype. “Now it’s just a question of getting enough seat time to feel comfortable and trust what the car can do. That just takes time. We were a little frustrated with the first session and we’ve got a lot to work on tomorrow. We’ll take a look at the data and go from there."

“That and trusting the downforce," he added. “After coming out of GT, it’s counterintuitive to what you learn in those cars. That’s been the big learning curve. That’s probably what we’re going to be working on the whole time here. That and the traffic; that’s going to be another issue."

Foster, who estimates he has a total of about an hour in the car between the Utah shakedown last week and Thursday’s test, agreed.

“It’s obviously an amazing car," he said. “I’ve found that pretty much everything I’ve learned about making a GT car fast doesn’t work in this car, so we’re starting over. It’s an adventure. It’s a fantastic package with great tires from Michelin, and it’s fast out of the box. I’m enjoying it. The two hardest things for us to get used to are the amount of lateral load the car generates and the brakes. The main thing is to be prepared, and we’ve been working for three months to prepare for this weekend."