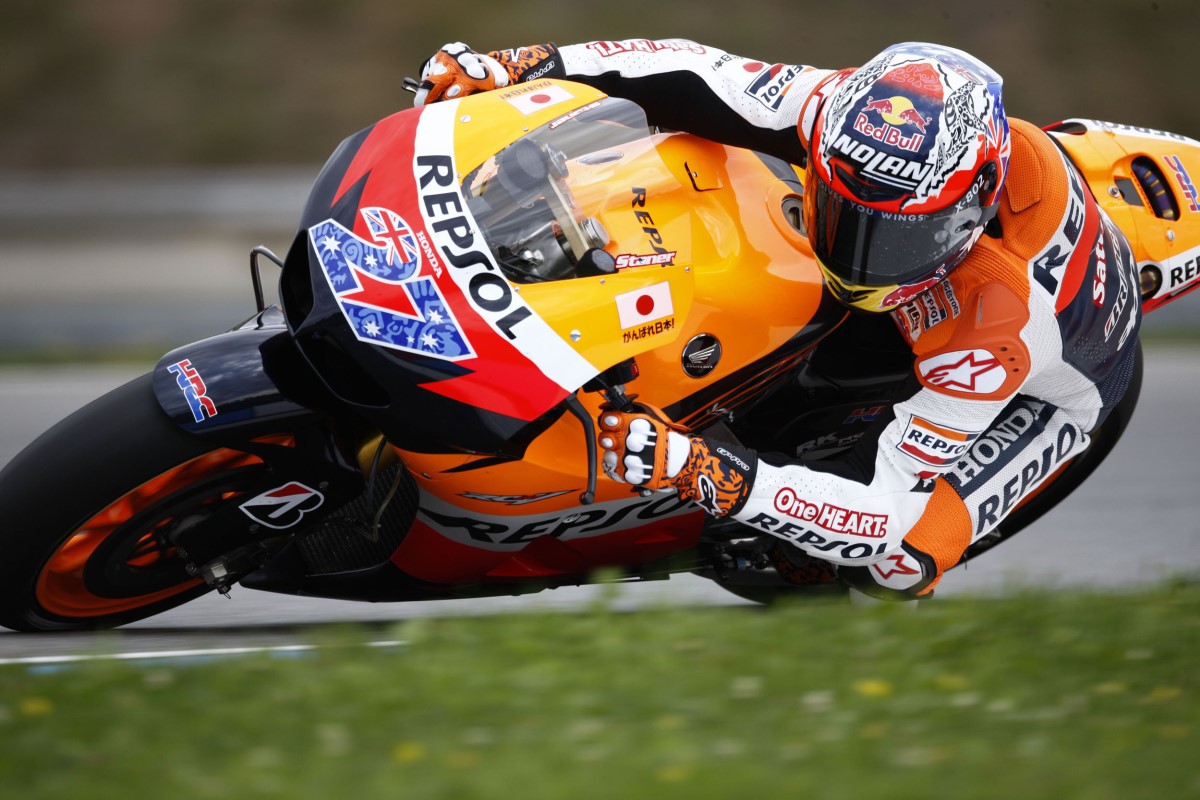 How was your Christmas break and your reception back at home in Australia?
"It was pretty uneventful, just a nice quiet time with family and friends, and a chance to get away from hustle and bustle. We had to get back to Switzerland early to get ready for the baby, so it was nice to have some time to relax and recover and get ready for this year."

How is your wife Adriana doing? You two will be parents soon, are you nervous?
"Adriana is doing great, there are no issues and she’s in perfect health. We are crossing our fingers that everything will continue this way. We’re not nervous at all, we both have been waiting long enough now, and actually it seems to be going extremely slowly! We just want these last few weeks to go as smooth as possible. I hope I can be home for the birth as it’s due right in the middle of both tests, so I’m crossing my fingers I can be home for it."

How do you think mixing fatherhood with racing will go?
"I’m good at separating my personal life from racing. When I’m at track it's race time, when I’m away from it, other than the fact I’m training to be fit for it, there is nothing at home that makes me even want to think about racing, I just want to enjoy my life and by the time the next race comes around I’m ready and excited for it."

Your home is here in Switzerland, how do like living here?
"I think it’s a beautiful country, we enjoy the way of life and the people we live around. Where we live, we have a little creek and trails for mountain biking, so when we’re here we can completely switch off, spend some time alone and prepare for each race without interruptions. It’s a beautiful way of life here and we enjoy it, especially the winter."

Up here in the mountains, do you prefer snowboarding or skiing?
"I prefer skiing but I can do both. I have no problem doing both but with skiing there are more places I can go, I like adventuring. With snowboarding you have to unclip and walk out of places where with skiing we can just paddle ourselves out."

Your lifelong friend Chaz Davies just won the World Superport championship. It’s great you both claimed World titles in same year.
"It’s fantastic. Chaz has had a tough career, he hasn’t had many opportunities–I had some hard times too but nowhere near as bad as Chaz–and for him to keep bouncing back, keep pushing forward, and finally to get the right opportunity to show what he can do, I’m so happy for him and for us both to win Championships in the same year – not a lot could have been better."

How are you feeling about the new season and running number one plate?
"I’m looking forward sporting the number one plate, a lot of people think it’s a jinx, but you are world champion and you should be wearing number one. It’s another challenge for me and I like it. This season should again be very tough; we are starting in a new category so we have a lot of testing to do to get the bike to a point where we are happy. We left the last test satisfied, but not perfectly happy, we still have a lot of prep to do on the bike. These next tests will be important and we hope we can come out of them with a lot of data."

Based on the feedback you gave the team at the last test in Valencia, what changes you are going to see on the bike?
"There will be slight chassis changes. With the new tires, the chatter has increased so we have to adjust our chassis around them, which can be frustrating. We have to make the bike work better, when you get off the brakes the bike wants to chatter a lot. The last step we made at Valencia we made progress but we still need to make a big step forward. We also have to improve the engine braking. The engine acceleration is good, there is a lot of feeling with the 1000cc, and making it smoother into the corners should give us a small advantage."

Changing to a 1000cc this year it won’t be like the 990cc era, how do you envision the changes with the step to 1000cc bikes this year?
"To be honest, I don’t see it changing too much from 800s. With the electronics everyone has, the spin won’t be high, it will be there, but the electronics will fix it for some of the riders. We are on different tires than we were on with the 990s, there was competition with the tires then but now there isn’t. I don’t see it being a lot different from the 800 class, but we will see. I enjoy the 1000s more, they have more grunt and power, they are more tricky to get around smaller track, especially with low gearings, and we are having wheelie issues, with every shift it wants to pull up, so it will be a challenge to reduce that but in general it’s nice to be back on a 1000."

That’s not the only change this year, we have Claiming Rules Team (CRT) bikes and 21 bikes on the grid. You have been vocal about your views on the future of CRT, but do you think about them this season?
"We will wait and see. Looking at lap times – it’s not impressive. I’m sure there are some teams that will get it together and will have the right riders and should be quite competitive, but there are some out there that I don’t think will be competitive at all. I think they are just out there to make up numbers, which to be honest I’m happy about, but when they aren’t on competitive bikes and riders haven’t really proven themselves, it’s difficult to say how competitive everyone will be, but time will tell."

Who do you see as your contenders this season?
"My main rival will be Jorge (Lorenzo), he was first in 2010 and second in 2011, he will always be there fighting. All the factory guys as well as Andrea (Dovizioso) will be pushing up there on the Tech 3 Yamaha, it’s the same crew as in the past. Unfortunately we will be missing Marco (Simoncelli), who I’m sure would have been up at the front. Year by year it changes, so we will see who can put it together for the whole season."

How do you think Ducati will do this year?
"They are saying that they completely revamped 90 percent of the bike, but they did that in the middle of last year: They changed the bike back to front and top to bottom and nothing much changed. I’m hoping, for Ducati’s sake, that they can put together a competitive bike this year because the Championship needs it. Regardless of what the riders want, everyone needs as many manufacturers at the front as possible. Yamaha and Honda want competition; unfortunately Kawasaki and Suzuki are gone from the Championship, so we need all bikes at the front."

Who do you think are the up and coming talents in the paddock and who do you think will be competitive in the future?
"No one can look too far past Marc Marquez, he’s had a really impressive two seasons and proven himself to be a worthy champion. It will be interesting to see how he returns after his eye surgery, it’s scary a setback to be coming back from. It’s going to be hard to tell where the level is at, there are some riders who were in 125cc for a long, long time and those were the frontrunners. I think ViÃ±ales has been doing a great job. But it’s hard to tell who will be competitive until they get into MotoGP to see how far they will go."

There is talk that Marquez has already been marked as a future team-mate of yours.
"I like Marc a lot; he is a bit of a character. He has made some mistakes in the past, but he has the right attitude toward racing and he's an apt learner. He moves forward instead of stagnating and that’s impressive about Marc. It doesn’t matter who my team-mate is, you are still racing with the same group, whether someone is your team-mate or not, in the end you still have to beat them. Hopefully Marc will be one of those one day."

A lot of people are already saying 2012 is your year. How are feeling about this year compared to last?
"I see this year as possibly being a bit more difficult in some ways, if we can get the bike well sorted at the beginning of season it could go very well for us. But as we saw in race two last year, we got put on the back foot immediately, and then we were the ones who had to really chase hard. We had to put a perfect season together without any more mistakes, if we made one more, it could have gone very different for us. The way the Championship runs these days, it’s who gets their stuff together at the beginning of the season–and who doesn’t make mistakes–you make one mistake these days and it’s very hard to come back from. We feel confident about the season, but will have to see at the halfway point where we are and how much harder we have to push."