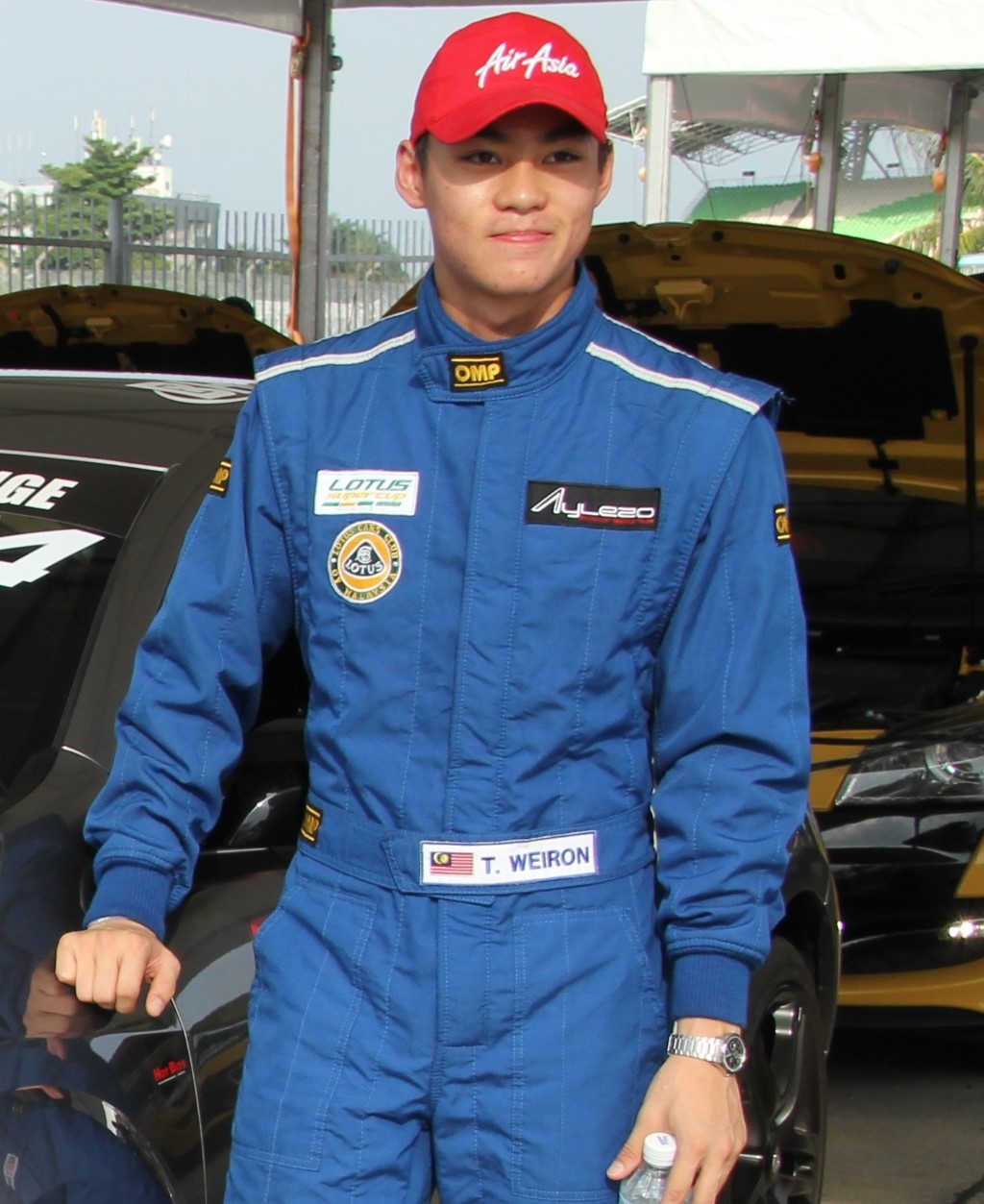 The 17 years old Malaysian Driver from Kuala Lumpur will run the full schedule of the 2012 FJKRAS after an impressive debut with Eurointernational in the Sepang, 2011 season Finale of the Series, finishing twice fourth at his rookie debut in open wheel cars. Wei Ron Tan, after a winning history in the Asia Karting Championships, has participated in the 2010 PFX Formula BMW School at Sepang, and has won the 2011 Lotus Super Cup Asia and 2011 Renault Megane ES Series in Malaysia.

"Wei Ron was impressive in his debut at Sepang" said Team Principal Antonio Ferrari "and since we have been working hard to make possible the 2012 FJKRAS together. We have scheduled an intensive testing program in Asia and Europe to prepare in the best way possible Wei Ron for the incoming season. Our engineer, Nicola Sgotto will focus only on our Asian programs, heading our Malaysian operation near Sepang, with an increased effort on all our entire FJKRAS plans".

"I believe 2012 will be a very competitive year in the FJKRAS" said Wei Ron Tan. "Running with the most experienced Team, Eurointernational, will hopefully help me develop further in technical knowledge and race craft. The members of the Team are great people to work with. While I will be studying at INTO City University, London, I hope to do well in my exams and win the 2012 FJKRAS Championship !"

Wei Ron Tan’s Eurointernational FJKRAS car will be sponsored by, among others, Air Asia and Iterna.

Eurointernational will run up to 4 cars in the 2012 FJKRAS, with 4 more cars available in Asia and Europe for selected races, offering to the drivers the possibility to test all year around, starting at Sepang, Malaysia next Jan. 16-18, where Wei Ron Tan will start his 2012 testing program.

Eurointernational is the 2011 Team and Drivers Overall & Rookie Champion, with Lucas Auer, of the FJKRAS and the winningest Team in the Formula BMW history worldwide with 72 wins, 92 podium, 88 poles in 154 races competed, winning 6 Team Championships, 6 Overall Drivers Championships, 3 Rookie Cup and the last World Final.