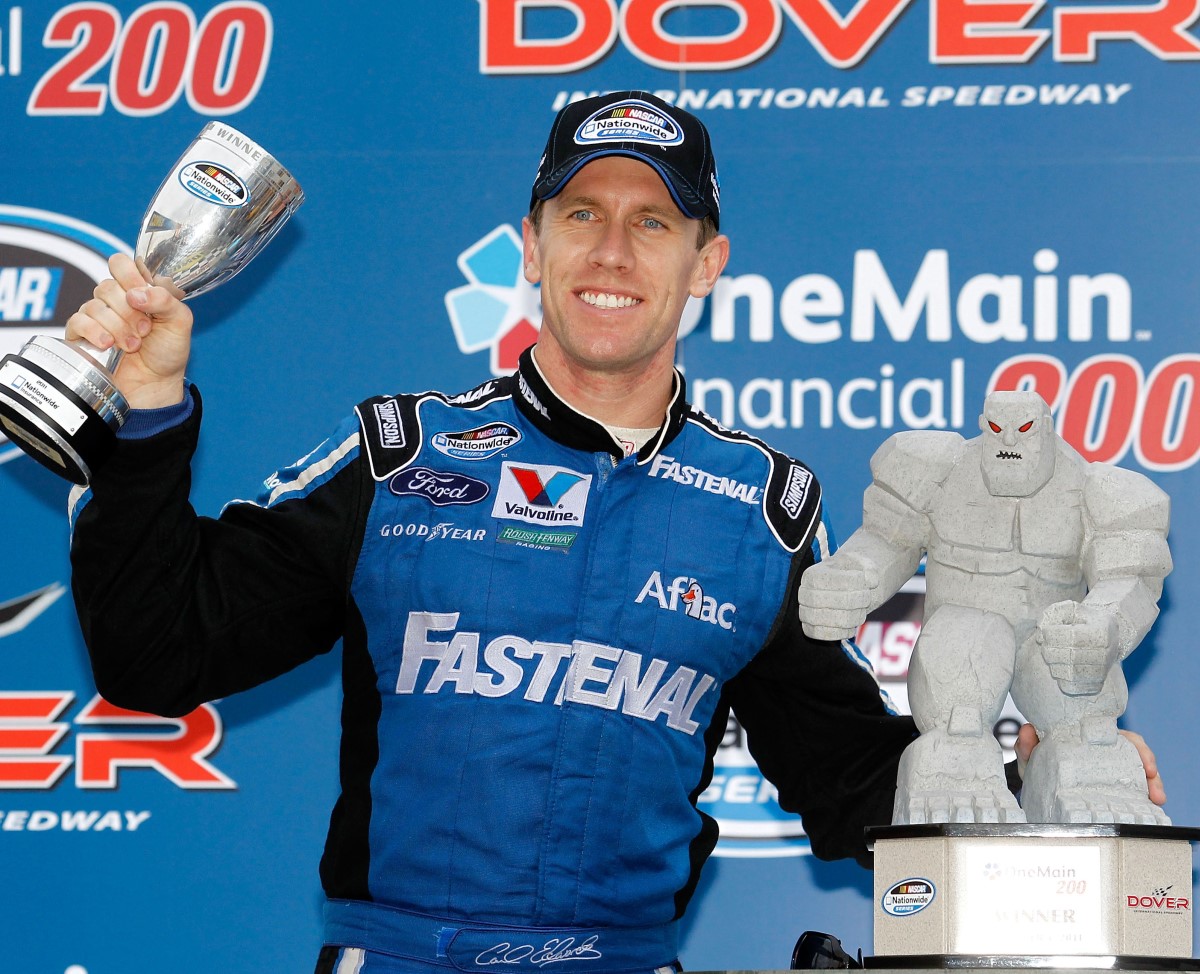 Carl Edwards pulled away from Brad Keselowski and Clint Bowyer after a restart on Lap 168 of 200 to win Saturday’s OneMain Financial 200 Nationwide Series race at Dover International Speedway.

The victory was Edwards’ seventh of the year and the 36th of his career. Keselowski held off Bowyer in the closing laps to claim the runner-up position, with Bowyer running third.

Kasey Kahne finished fourth, one spot ahead of series leader Ricky Stenhouse Jr., who extended his margin to 22 points over polesitter Elliott Sadler, who ran 14th. There are five races left in the season.

Edwards led 179 laps en route to the victory. About the only thing that went wrong for the driver of the No. 60 Roush Fenway Racing Ford was his celebratory back flip on the banked concrete track.

“Everything went great, except my back flip, which was terrible—I was nervous about doing it on the banking," Edwards said. “But it was just an awesome day."

Bowyer and Keselowski were able to gain on Edwards at various stages of the race, but passing him was another matter.

“It didn’t matter who it was," Bowyer said. “When you got up to ’em, you’d get in their wake, and it would take the air off your car, and you’d get really, really loose. I about turned it around with four or five (laps) to go right there behind Brad.

“It’s definitely not worth junking a car over passing for second. I don’t know if the tables would have been turned if I was in front of him, if he would have had the same trouble, but, certainly, as you got up to him, you got loose."

“We weren’t as good as Carl was—that’s for sure. I though for a minute we were going to steal one with some strategy when that yellow came out, but it wasn’t meant to be. Carl’s car was a lot faster, and he deserved to win the race."

Edwards had led 141 laps to that point, and after Keselowski, Kahne, Bowyer and Stenhouse stopped under caution on Lap 163, Edwards regained the top spot. Sadler had made a green-flag stop before Scott slid into the barrels.

Trapped two laps down by the untimely caution, Sadler took a wave-around before the Lap 168 restart but took the green flag in 17th place, one lap down.

In beating Sadler by nine spots, Stenhouse felt he took a sizable step closer to the Nationwide title.

“I think we’re in control, for sure," Stenhouse said, “but we’ve got to control what we do. We’ve got to not make mistakes. We’ve got to bring good, fast racecars to the racetrack. I’ve got to do a good job keeping it out of the fence and keeping the fenders on it.

“So far we’ve done that, and I feel like we’ve got a really good shot at this thing. I felt comfortable coming into today, and obviously, I feel a lot more comfortable afterwards. I think we’ve got a race team that’s pretty determined to win this thing."