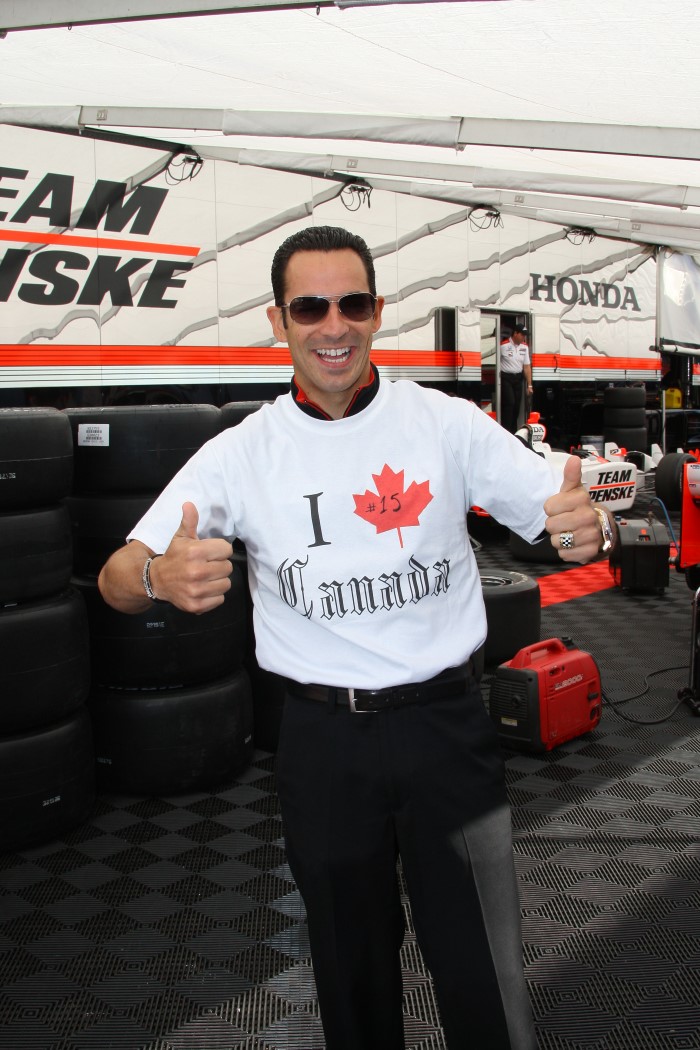 Helio Castroneves is returning to the scene of the crime.

Or is it crimes? Plural.

And a win that didn’t count when he was black-flagged just before the checkered flag for blocking his own teammate, dropping to 10th to make worldwide headlines in 2010. Castroneves blocked IZOD Indy Series points leader Will Power to prevent the Australian’s attempt to win his second Indy Edmonton race and ended up leaving Scott Dixon the winner, without leading a lap or being in front for a single second.

Now it’s a year later and the back-to-back Indianapolis 500 champion heads here Wednesday in the middle of a miserable season.

And the Edmonton Indy is starting to look like a happy place to him.

“Maybe if I keep pushing the door, it will open up to me.

“It’s been a very tough season. I’ve pushed the re-set button so many times, it seems like I’m pushing it every day," said the Brazilian who has won 19 times in his 157-race IndyCar career but currently sits 12th in the series behind Canada’s Alex Tagliani and American Danica Patrick, who share 10th and 11th.

“Edmonton is a place where I’ve always been successful," he said on the phone from Penske headquarters in Charlotte.

Successful other than those endings.

“That’s been one of those things. What are you going to do?"

Castroneves dominated much of the 2008 Edmonton Indy, leading 35 laps in an outstanding race which featured nine lead changes among six drivers. But Dixon beat him out of the pits on a fueling stop on lap 51 and Castroneves couldn’t get past the New Zealander the rest of the way.

There had been no lack of Edmonton Indy testimonials from drivers to that point, but the one delivered by Castroneves after finishing second that day was perhaps the most unexpected.

He said he was having one of the most enjoyable times he’s ever had driving a race car.

But a year later he followed teammate Power in a 1-2 Penske finish in his second trip to the track.

Castroneves blocked Power and Dixon used the moment to pass Power to move into second. Dixon was awarded the win when Castroneves was moved back to 10th.

Fuming, Castroneves went into the infield in front of the pits absolutely incensed, raging at everybody in sight, and ended up climbing the substantial tree-like form of Indy Racing League director of security Charles Burns, a former marine, while attempting to get to race control officials who black flagged him.

“I lost my temper a little bit. I was just trying to register my feeling about it. Charles knows that. That’s why he handled it the way he did. He’s a friend," Castroneves says now.

“I still do not agree with the result. And I’d like to thank the Edmonton fans and media for their support."

Like the rest of the drivers, Castroneves is going to be sure to be in place early so he can walk the new layout in the opposite corner of the City Centre Airport.

“I like the long straight. That’s what we need in this series for passing."

He notes, however, at the end of the long straight is a 90 degree turn. With the double-wide restarts this year, Castroneves smells trouble.

“To me, that’s not going to be very good. When it comes to the double-wide restarts, well, I’m a little bit negative on that."

One can conjure up any number of things that could happen to him there this year. Edmonton Sun