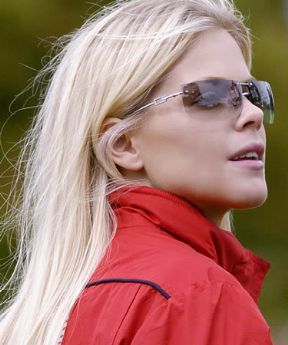 So all of you who had money on Elin Nordegren landing a rich boyfriend before Tiger Woods won another major, please step up and collect your winnings. She’s back, baby.

Long-suffering Elin, rumored to have battered Tiger Woods’ Escalade with a golf club on that emotionally stormy Thanksgiving night in 2009, has been single again since August. And now TMZ and the New York Post are saying that she’s got a new man. And he’s a billionaire.

Her new love is “wealthy American investor" Jamie Dingman, according to the Post. Dingman once dated Bridget Moynahan, the mother of Tom Brady’s son.

Elin, who divorced cheating golf great Tiger Woods following a series of scandals with multiple women, has been dating Dingman, the son of billionaire Michael Dingman, for months.

Friends say Jamie is an accomplished emerging-markets veteran who has represented his father’s interests in China for the past six years. In the mid-1990s, he specialized in Russian private equity funds. He also owned an Indy car-racing team (co-owned the Fittipaldi-Dingman Racing Champ Car team that fielded Tiago Montiero in 2003) sponsored by World Childhood Foundation, a charity founded by Queen Silvia of Sweden.

TMZ has some photos of the two together. And now the infamous Elin friend source:

“He’s never been so happy. He and Elin have strong feelings for each other," a friend said. “He’s a classic all-American guy. He’s handsome, a total gentleman and low-key. He’s never been in the press. Elin’s a very lucky girl; he’s a great guy but very private."

Elin’s friends sure are chatty.

Look, Elin’s got plenty of her own money — enough to last several lifetimes. So I’m not believing that she latched onto this guy for his cash.