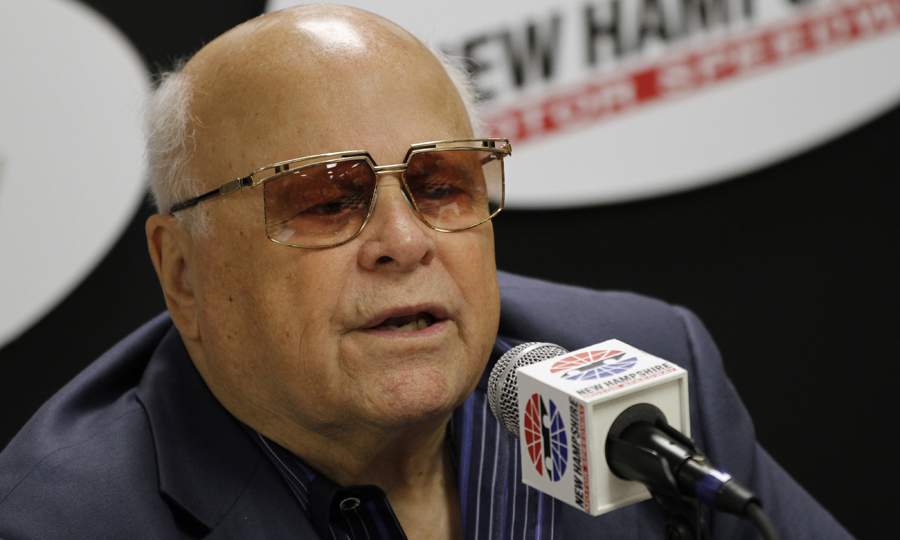 UPDATE #3 NASCAR chairman Brian France is not in favor of moving a Sprint Cup race from Charlotte Motor Speedway to Las Vegas. Earlier this week, Speedway Motorsports Inc. chairman Bruton Smith said there was a 70% chance he would seek to move the October Chase race from CMS to his 1.5-mile track in Sin City. That would leave the hub of NASCAR with only one point race, the Coca-Cola 600 in May, and the All-Star race held the week before. France said during a Saturday state-of-union address at CMS there have been no discussions with Smith or SMI, but his preference is to "make the events where they are more successful.''

"We have gotten a long way with our position in motorsports because we've had historically important events, like this weekend, that happen every year that people can count on,'' France said. "That said, for one reason or another, a certain market is not performing as well, it may be a better opportunity. We've seen that in the last five, six years or longer. We'll take a look at it. My preference would be to keep the event here in Charlotte.'' ESPN

NASCAR mogul Bruton Smith says he may move one of the Sprint Cup Series races away from Charlotte Motor Speedway, if the money is right and the numbers seem to back up his claim.

Smith told WBTV's Paul Cameron that he's 70% sure he's going to move the Bank of America 500 away from Charlotte and host it at his Las Vegas track. The BoA 500 is currently held in October at the Charlotte Motor Speedway.

"I know you're not gonna cut this one out, but I've been having some strong conversations about one of these events being moved," Smith told WBTV's Paul Cameron in an exclusive interview. "And Las Vegas is a great place – it's the entertainment capital of the world – and they want another event."

When asked about getting permission from NASCAR to move the race, Smith replied "I know they would approve this."

Smith said he thought he could make more money at a race in Las Vegas versus having a race in Charlotte.

"Plus, we're discussing a ten-year contract for a lot of money every year," he told WBTV.

According to Smith, money plays a huge factor in his possible move. He says a lot of the hotel/casinos in Las Vegas would love to have the race there, because race fans would fill up the hotels.

And the attendance numbers appear to back up Smith's claims.

According to Jayski.com, attendance numbers at the one race hosted at the Las Vegas Motor Speedway are higher than any of Charlotte's three Sprint Cup races since 2010.

The only Sprint Cup race that is currently held on the LVMS is the Kobalt Tools 400, which is held in early March. In the past three race seasons, it has averaged more than 150,000 fans in attendance.

05/21/13 The following is a statement from Speedway Motorsports, Inc. Chief Executive Officer and Chairman of the Board, O. Bruton Smith:
"The 'done deal' report by WBTV regarding moving a race is false. No final decision has been made regarding any race date move, and I have not discussed this with NASCAR. "Instead of what 'could' happen, let's set the facts straight about what has happened. We've invested $100 million in the Charlotte Motor Speedway complex in the past six years to make it even better for the fans. We've expanded our fan zone, added pit road suites and built the world's largest HDTV for every fan to enjoy. We've put more people to work with these projects and we've added more events to the calendar to bring in more tourists and fans. And we've done this during the worst economy since the Great Depression. We've done this without asking for a handout from the government, like we've seen from so many other sports facilities, teams or franchises, and yet at the same time property values are falling during the recession, our Cabarrus County taxes have doubled since 2005. We absolutely love the fans that come to Charlotte Motor Speedway. It's frustrating to think about the future and consider that the local government doesn't share the same excitement about Charlotte Motor Speedway that our fans do. The Cabarrus County politicians may say nice things to the media, but raising taxes does not support the tourism business, the area economy or companies trying to grow." CMS

"I know you're not gonna cut this one out, but I've been having some strong conversations about one of these events being moved," Smith told WBTV's Paul Cameron in an exclusive interview.

"And Las Vegas is a great place – it's the entertainment capital of the world – and they want another event."

In addition to owning the Charlotte Motor Speedway, the North Carolina native owns eight NASCAR tracks, including the Las Vegas Motor Speedway, which host eleven NASCAR Sprint Cup events. The only Sprint Cup race that is currently held on the LVMS is the Kobalt Tools 400, which is held in early March. Smith says he's flown out to Vegas several times to talk about moving a Sprint Cup race to his track there.

"They've made me offers to move one," Smith said. "But you can't just move the race though, doesn't NASCAR have to move it?" Cameron asked. "I know they would approve this," Smith responded.

"And say the October race… Las Vegas. You're gonna get a lot of phone calls about this – I'm gonna predict that." Smith says the idea of moving to Vegas is not just a fishing expedition.

The Charlotte Motor Speedway is based in Concord, North Carolina. Smith has been involved in legal fights with Cabarrus County for years over money he is owed. Smith says he initially kept the track there after a $80 million deal was presented to him, $60 million from Cabarrus County and another $20 million from the state. He says the county still hasn't come through with their end of the deal. When asked if he thought he could make more money at a race in Las Vegas versus having a race in Charlotte, Smith's answer was simple.

"Yes, yes, yes. Oh yes," he said. "Plus, we're discussing a ten-year contract for a lot of money every year." Smith played a major role in getting NASCAR to move the NASCAR Sprint Cup Series Awards from New York to Las Vegas five years ago. When it comes to a timeline on the potential move, Smith says this isn't a spur of the moment idea.

"Oh, now there you're pinning me down. I don't know how soon, that's just, it's something that's been in the stages now for at least a year." So what's it going to take to move the race from Charlotte to Vegas? "When the game is over, it'll be money, money, money. Money will move it," Smith said. "I'd say [the chances] are about 70/30." wbtv.com