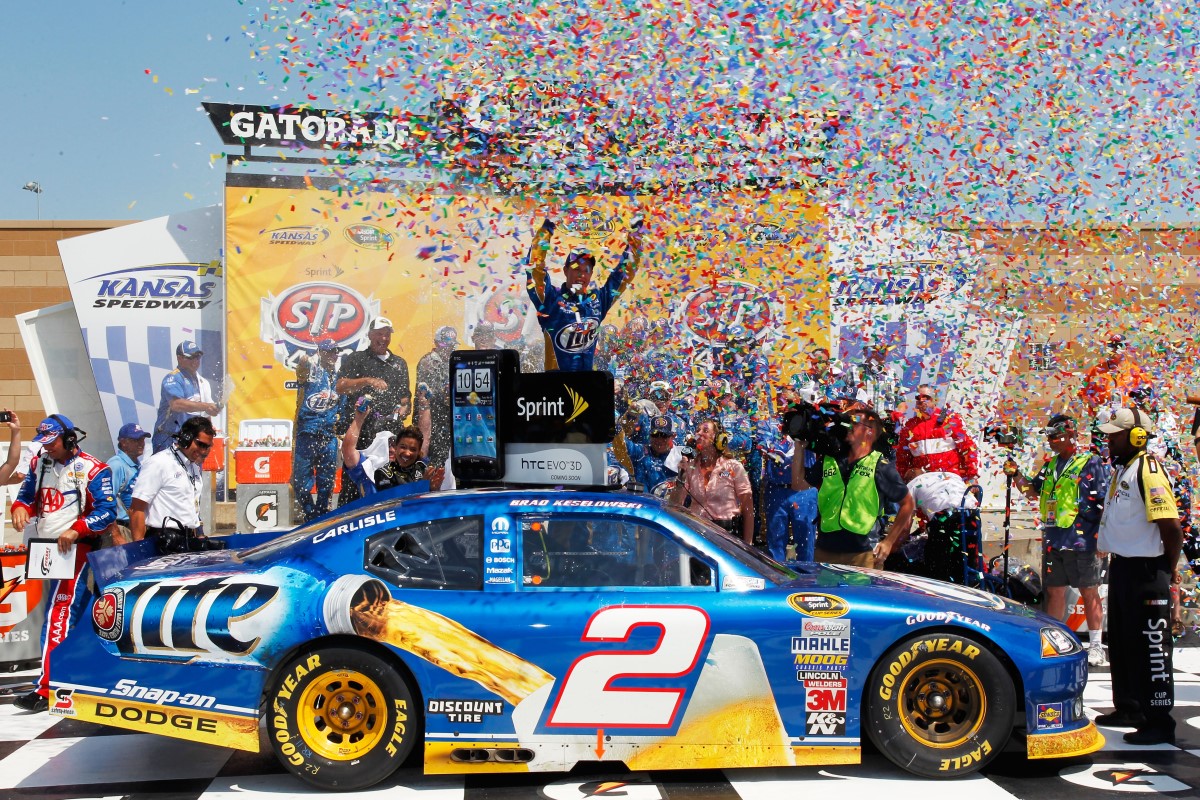 Stretching his fuel mileage to the maximum, Brad Keselowski coasted across the finish line to win Sunday's STP 400 at Kansas Speedway.

In winning his first Sprint Cup race of the season and the second of his career, Keselowski got 57 green-flag laps out of his last tank of fuel. Keselowski prevented runner-up Dale Earnhardt Jr., his old boss at JR Motorsports, from ending a drought that reached 106 races. Denny Hamlin, who like Earnhardt was conserving fuel, came home third, followed by Jeff Gordon and series points leader Carl Edwards.

Keselowski's Penske Racing teammate, Kurt Busch, dominated the race, leading 152 of the 267 laps. But he had to pit late for fuel and finished ninth.