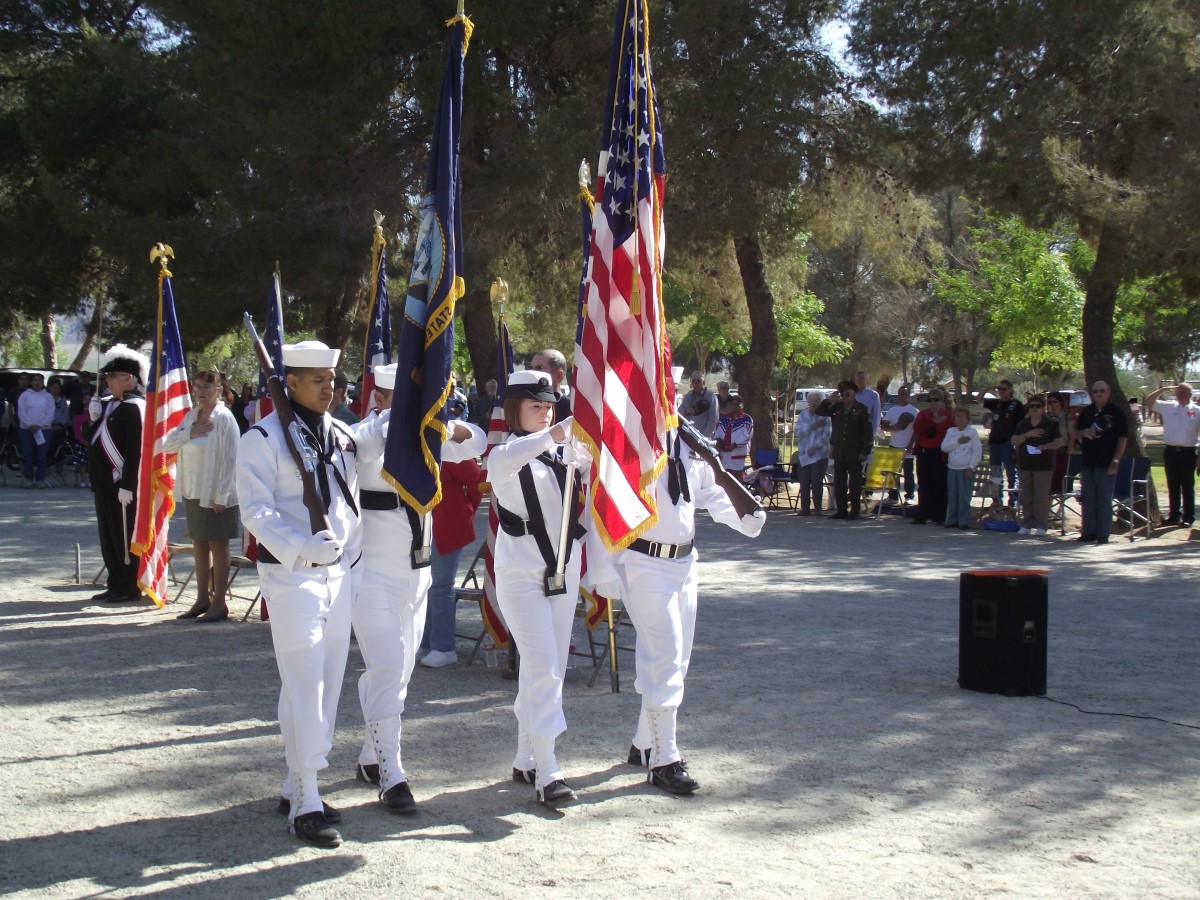 The previous Memorial Day weekend was a time for Americans to reflect on those who have served in our country's Armed Forces in the past as well as those men and women who are defending our quality of life in the present.

The weekend was also about quality motorsports. Sunday morning began with Formula One Racing's classic Grand Prix of Monaco. It was followed by the Indy Racing League's 100th running of the Indianapolis 500. The high powered weekend concluded with NASCAR's annual running of the Coca Cola 600 at the Charlotte Motor Speedway.

For the past several years NASCAR has made it a point to recognize, honor and thank our Armed Forces during their events. However last weekend NASCAR, its drivers, teams, sponsors and the Charlotte Motor Speedway really stood tall during Memorial Day weekend.

That fact was evident just moments before the start of the Coca Cola 600 when the field was given the command to start their engines, with a great deal of gusto, from Master Sergeant William "Spanky" Gibson. A double tour veteran of Iraq, for the United States Marine Corp, Gibson has been recognized as being the first service member to return to the front lines despite the fact that he lost his leg above the knee.

In May of 2006 Gibson was on patrol, with his unit in Ramadi-Iraq, when they came under sniper fire. He took a bullet in his left knee but still continued to return fire despite the pain of his serious injury. Upon his return to his home country the news was not good: the injury simply could not be repaired and his left leg had to be replaced with a prosthetic device.

However Gibson was not ready to say "I quit" yet. He vowed that someday he would rejoin a Marine unit and return to battle. The first thing he had to do was learn to walk again during the course of some intense physical therapy. Once he mastered walking, he taught himself how to run, ski and swim. When Gibson successfully competed in the rugged Escape From Alcatraz Triathlon, that when the Marines realized he was serious and they granted him a return stint to serve in Iraq. He later returned stateside and now works at the Pentagon.

This amazing story led to Gibson being invited by the Charlotte Motor Speedway to participate in Sunday's pre race ceremony. Flanked by his parents, along with John Falkenbury, President of the North Carolina Chapter of the USO, Gibson led a highly charged "gentlemen start your engines."

His dad, William Gibson Senior, really enjoyed the moment. This gentleman, a Vietnam veteran, was also celebrating his 71st birthday.

The Charlotte Motor Speedway also arranged to have the American Veterans Travelling Tribute's Cost Of Freedom display in their fan zone during the Coca Cola 600 weekend. The center piece of this display was The Travelling Wall, an 80 percent scale version of the Vietnam Memorial Wall located in Washington DC. The wall lists the names of every American casualty from the war just like the original. The speedway also hosted a special ceremony at the wall that honored Congressional Medal Of Honor Recipients.

A very special U.S. flag flew over the Charlotte Motor Speedway during their May race weeks. This flag came from Camp Dwyer in Afghanistan, a military base and airfield manned by the Marine Corp. This flag flew at the base in honor of "The CMS Pit Crew", a group of Charlotte Motor Speedway employees who engage in community outreach projects to "help people get back on track." The CMS Pit Crew supports 55 members of the Marine Corps' Air Control Squadron Two, Bravo Detachment, in Afghanistan by sending them needed personal items from home. One of the recipients of these special packages is Marine Cpl Terry McKee Jr, the son of Susan McKee the Human Resources Manager at the Speedway.

The Charlotte weekend also saw the presence of the "Troops To The Tracks" initiative, a collaboration between NASCAR and the Armed Forces Foundation. This special organization recognizes and hosts Armed Forces members at NASCAR races throughout the year. "Troops To The Tracks" provides over 100 wounded service members, or service members in jobs that are particularly emotional and physically demanding, an opportunity to get away from the challenges they face each day with an exclusive, VIP-style, NASCAR race day experience. Last weekend the program, and the speedway, played host to members from the U.S. Army's Special Operations Command headquartered at Fort Bragg-North Carolina.

In support of First Lady Michelle Obama and Dr Jill Biden's "Joining Forces" initiative, launched last April, NASCAR and Wal-Mart joined forces and recently produced a public service announcement, (PSA), to be featured on the in store networks of 500 plus Wal-Mart stores. Produced by the NASCAR Media Group, the PSA features drivers Carl Edwards, Jeff Gordon, Kasey Kahne and Parker Kligerman along with the First Lady. The PSA calls on race fans and store customers to recognized the needs of our military families. Viewers are directed to www.joiningforces.gov for information. The PSA made its official debut during Memorial Day weekend and will continue to run throughout the 2011 NASCAR Sprint Cup season.

Golden Corral has a long standing relationship with the DAV. Every November they host Military Appreciation Monday, held on the Monday following Veterans Day. The program features a free "thank you meal" to anyone who has served in the U.S. military. Golden Corral also collects donations for the DAV through November. Last year the restaurant chain served 375,000 free meals and collected approximately $1 million in donations. In the ten year history of the program they have treated 2.9 million veterans to dinner and collected over $5 million for the DAV.

Throughout the summer the Hendrick Motorsports cars driven by Johnson, Jeff Gordon and Dale Earnhardt Jr will run special promotions thanking soldiers who put their lives on line for America.

Michael Waltrip Racing, and their #00 Toyota driven by David Reutimann, threw their support behind the Armed Forces Foundation. Their message encouraged race fans to text AFF to 50555 from any cell phone to make a $5 donation to the Armed Forces Foundation. This group is dedicated to the needs of active duty, retired personnel, National Guard, reserve components and their loved ones.

Richard Childress Racing's #29 Chevrolet, driven by Coca Cola 600 winner Kevin Harvick, supported their sponsor last Sunday by promoting the Budweiser "Here's To The Heroes" campaign which benefits the Folds Of Honor Foundation. This organization provides post-secondary scholarships for families of U.S. military personnel killed or disabled while serving their country.

Budweiser is also using their professional ties with baseball to support this worthy cause. They will be donating $100 for every home run hit during the 2011 Major League Baseball season to the Folds Of Honor Foundation. There's also plans to donate a portion of their retail sales, during the weeks leading up to the Fourth of July, in an effort to raise $2 million for the foundation.

While NASCAR spent last weekend honoring our troops, the Armed Forces spent this past Friday night honoring NASCAR. That happened on board the Intrepid Sea, Air and Space Museum in New York where NASCAR Chairman and CEO Brian France was in attendance to accept the 2011 Intrepid Salute Award in recognition of NASCAR's support of the military, business achievements and important philanthropic activities. France joined George Bodenheimer, President of ESPN Inc and ABC Sports, in being the first two sports personalities to be bestowed with the honor since the award program was founded in 1992.

In accepting the award France said "it's an honor to accept this award on behalf of NASCAR , our drivers, teams and tracks who have all been ardent supporters of active and retired members of our nation's Armed Forces since our sport's inception. Accepting this award will be especially humbling knowing that U.S. service men and women from around the world tune into NASCAR races each week as a respite from their ongoing service to our country. NASCAR has a long history of supporting active troops and veterans and we remain particularly proud to be a lead partner in recruiting young people into the Armed Forces."

While having special days set aside, such as Memorial and Veterans Day, to honor our nation's service men and women are very appropriate, we really don't have to wait for a special date on the calendar to say thank you to them. NASCAR and their race teams performs this valuable service every weekend.

The next time you encounter a member of our Armed Forces in uniform, on any given day of the year, just walk up to them and thank them for their service. You might be surprised how special that simple gesture will make you feel.