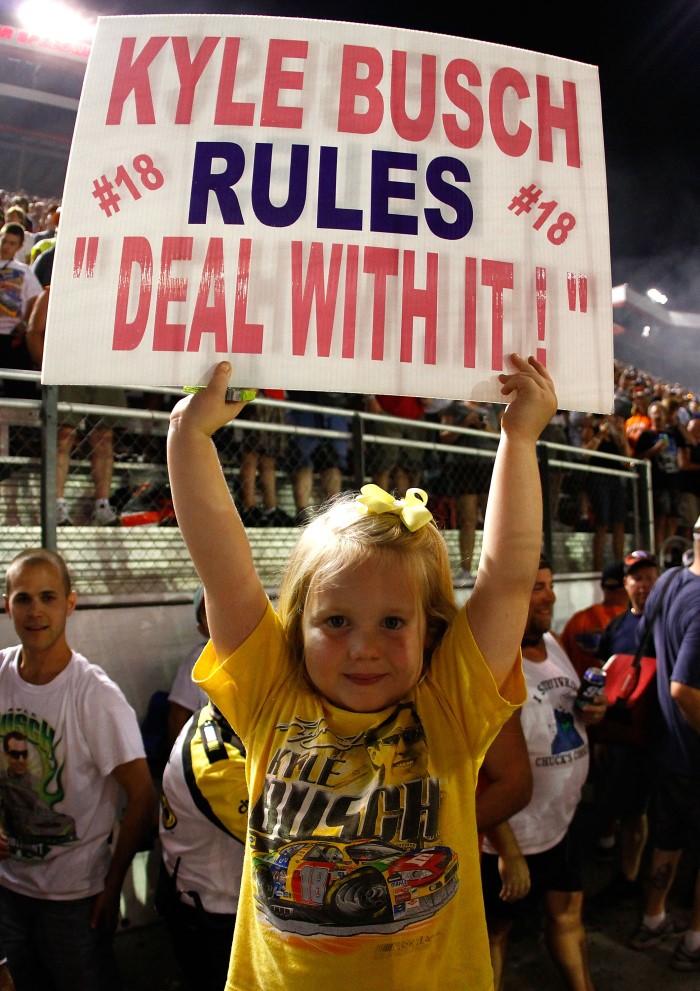 The question isn't whether Kyle Busch will win at Bristol Motor Speedway — it's whether anyone else can find a way to keep him out of Victory Lane.

Busch's victory in Sunday's Jeff Byrd 500 was his 20th in the Sprint Cup Series, his first of the season and his second consecutive at Thunder Valley. Busch capped his second weekend sweep in a row at Bristol, having won Saturday's Nationwide Series event.