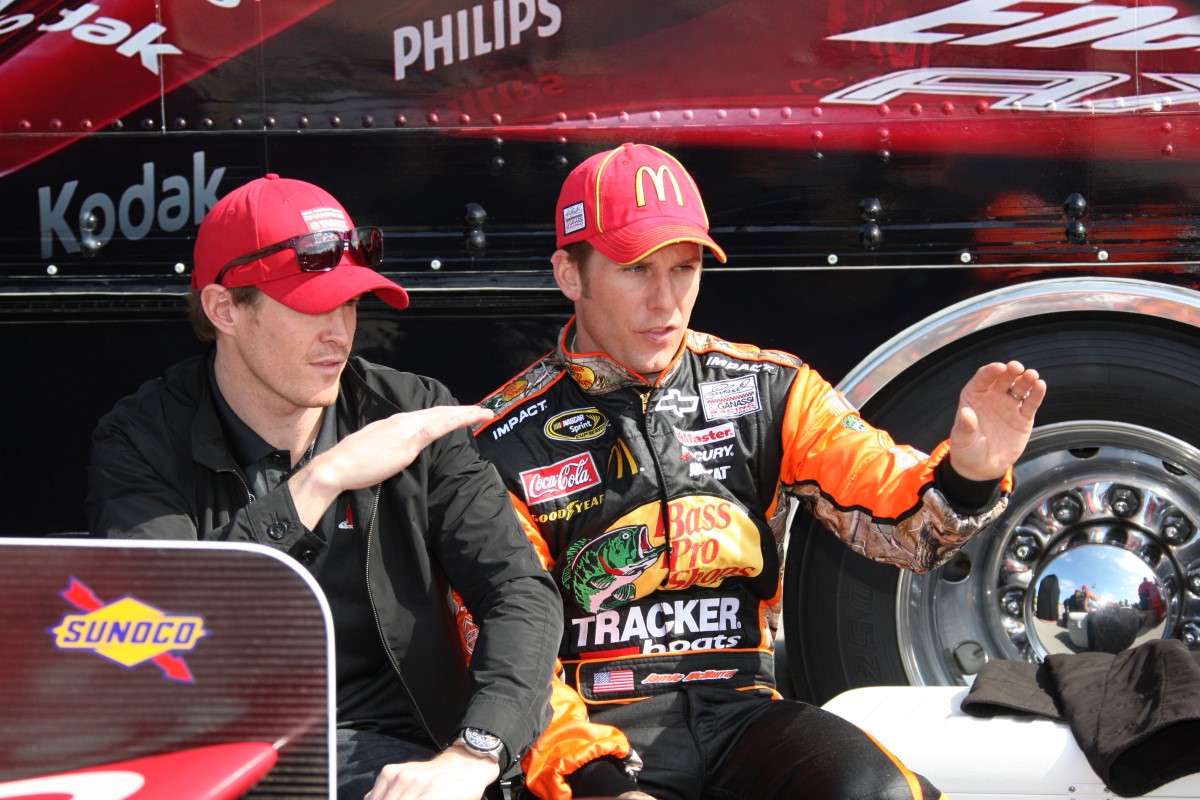 The unpublicized over/under was 80 seconds for Jamie McMurray to complete a lap of the 2.38-mile, 17-turn Barber Motorsports Park in the No. 9 Target Chip Ganassi Racing car.

Sure, the paddle shifting was a bit irregular and there was that spin/stall in a slow-speed corner. But after gaining his bearings, McMurray's lap times significantly decreased to the point where he was tempted to run flat through a few of the corners and the backstraight chicane.

The low was 79.8 seconds of the five full-speed laps.

"I didn't want to come in," said McMurray, who drives for Earnhardt Ganassi Racing in the NASCAR Sprint Cup Series. "It was way more fun that I thought it would be. It felt as if I never turned the wheel, it was that smooth. The Cup cars slide around a lot and I think that's probably where the speed is that I didn't have in this car, knowing the threshold that if it breaks loose how much you can hang onto it. The acceleration was way more than I expected because the horsepower is less than the Cup cars so I thought the acceleration would be a fair bit less. I couldn't believe how fast the car took off.

"I never pushed it very hard in the corners to feel how much grip it has for fear I'd lose my other job. When we run Watkins Glen and Sonoma (the only two road courses on the schedule), the whole race is about sliding around the corners. In this car, the sensation of speed was more in acceleration and braking. The cornering did not feel that much faster, even though it was. The car had so much grip and control that when you're going around the corner 30 miles an hour faster than a Cup car I didn't sense the speed. But the acceleration and braking (there was a) big-time difference.

"I was glad they called me in because I kept picking up two seconds a lap, and at some point that ends and you wind up dropping a wheel off the track and get into trouble. I would love to get to run a road course race."

"Scott won't have nearly the fun that I did," said McMurray, who in 2010 became the third driver to win the Daytona 500 and Brickyard 500 in the same year.

Dixon, who laid down a quick lap of 72.2815 seconds during a two-day Open Test at the natural-terrain Barber Motorsports Park, mentioned to McMurray that two cars on the racetrack would have been fun.

"Jamie watches our sport and he's really gotten in depth with go-karting so for him to come and try the IndyCar is special," Dixon said. "He's the one who brought it up to Chip (Ganassi) and then we came up with the idea of the whole swap because I wanted to try the other car, too. It all worked out perfectly here. For me, Talladega is a restrictor plate track, it's a massive track so I think my side of it is going to be a lot easier. It would have been cool to go to some short track like Bristol or Milwaukee."