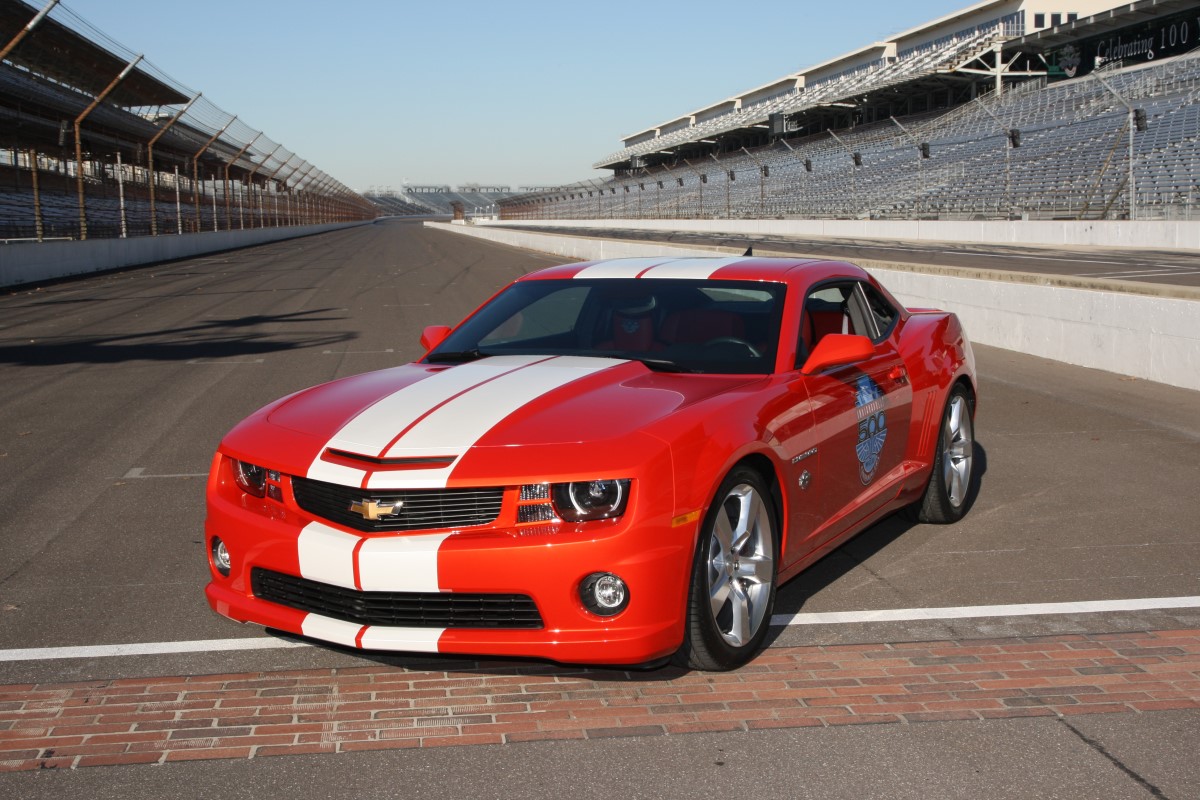 “We’ve enjoyed a great partnership with the Indianapolis Motor Speedway throughout the years, and are proud to once again have the privilege of pacing the Indianapolis 500 in a Camaro," said Jim Campbell, General Manager, Chevrolet.

This year’s pace car features an Inferno Orange Metallic paint scheme with White Diamond rally stripes that travel from the front to the rear over the top of the body, as well as extending to the instrument panel. The design is a modern interpretation of the original rally stripe that debuted on the 1969 Indianapolis 500 Pace Car.

“Chevrolet has done it again with the 2010 Chevy Camaro SS Pace Car, it is simply beautiful," said Jeff Belskus, president and CEO of the Indianapolis Motor Speedway Corporation. “The car’s tribute to ‘500’ history and its sports car feel will be a big hit with our fans, and it will look great leading the Indianapolis 500 field on Race Day."

Starting at approximately $23,000, and offering an EPA-estimated 29 highway mpg on the V-6-powered car, the all-new Camaro is a budget-friendly sports car that doesn’t sacrifice on performance. Despite the recent economic challenges, the Camaro has overtaken its closest competitor to lead the regular sports car segment in sales for the last six months. Chevrolet sold more than 6,000 Camaros in each of these months.

The public will get their first look at the 2010 Chevy Camaro SS Indianapolis 500 pace car when it makes its auto show debut at the Indianapolis Auto Show starting on Dec. 26.

Chevrolet is one of America's best-known and best-selling automotive brands, and one of the fastest-growing brands in the world. With fuel solutions that range from "gas-friendly to gas-free," Chevrolet has nine models that offer an EPA-estimated 30 miles per gallon or more on the highway, and offers two hybrid models. More than 2.5 million Chevrolets that run on E85 biofuel have been sold. More information can be found at www.chevrolet.com.