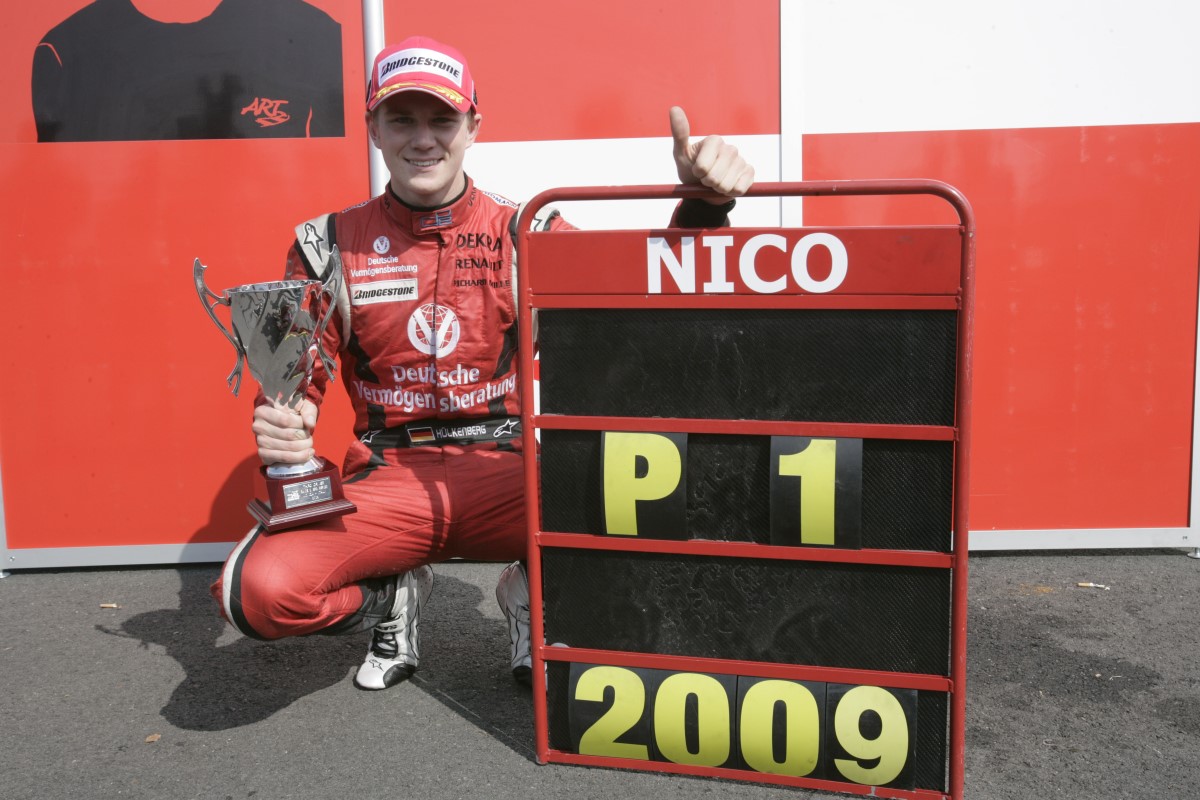 Luiz Razia has taken a serene victory this morning in the sprint race in Monza ahead of Lucas di Grassi, but all eyes were on the battle for third place between the championship contenders which was resolved, along with the title, in favor of Nico HÃ¼lkenberg.

The German needed to claim one point more than Vitaly Petrov to be sure of the title, and soaked up extensive pressure from the Russian until Petrov ran wide late in the race to allow HÃ¼lkenberg to become the first driver to win the GP2 title before the final round.

Razia could have been forgiven for suffering from nerves on his first pole position after being promoted to eighth place and his first ever point due to a penalty for Alvaro Parente, but when the lights went out the Brazilian regally led the field away while the rest of the field scrapped over the space left by Javier Villa.

Di Grassi had a storming start to slot in behind Razia at the first chicane, with Petrov being even faster but just missing out on getting by HÃ¼lkenberg, who sliced in front of his rival for third with a grim determination, with JérÃ´me d'Ambrosio and Edoardo Mortara running line astern behind the pair.

A coming together at the Lesmos between Dani Clos and Diego Nunes left the Spaniard's car upside down and the safety car with no choice but to come out on track, and when the race went live 2 laps later the leading four drivers left the rest of the field behind to squabble among themselves.

Petrov knew that he had to finish ahead of HÃ¼lkenberg to have any chance of keeping his slim title hopes alive, and threw everything he had at the German. Unfortunately it was too much, and a wide line out of turn seven gave d'Ambrosio a run through and it looked to be all over.

And as the checkered flag dropped it was Razia who was 2.5 seconds to the good over di Grassi, with HÃ¼lkenberg pumping his fists for joy a further two seconds back. D'Ambrosio ran straight with two laps remaining but held on ahead of Petrov for fourth, while yesterday's winner Giedo van der Garde picked up the final point after Mortara retired from a damage picked up after the pair cut the first turn.

While all eyes were, understandably, on the new champion, Razia was smiling almost as widely after a mature drive to his first victory, along with the point for fastest lap, made up for the bad luck suffered earlier in the season by the likeable Brazilian.