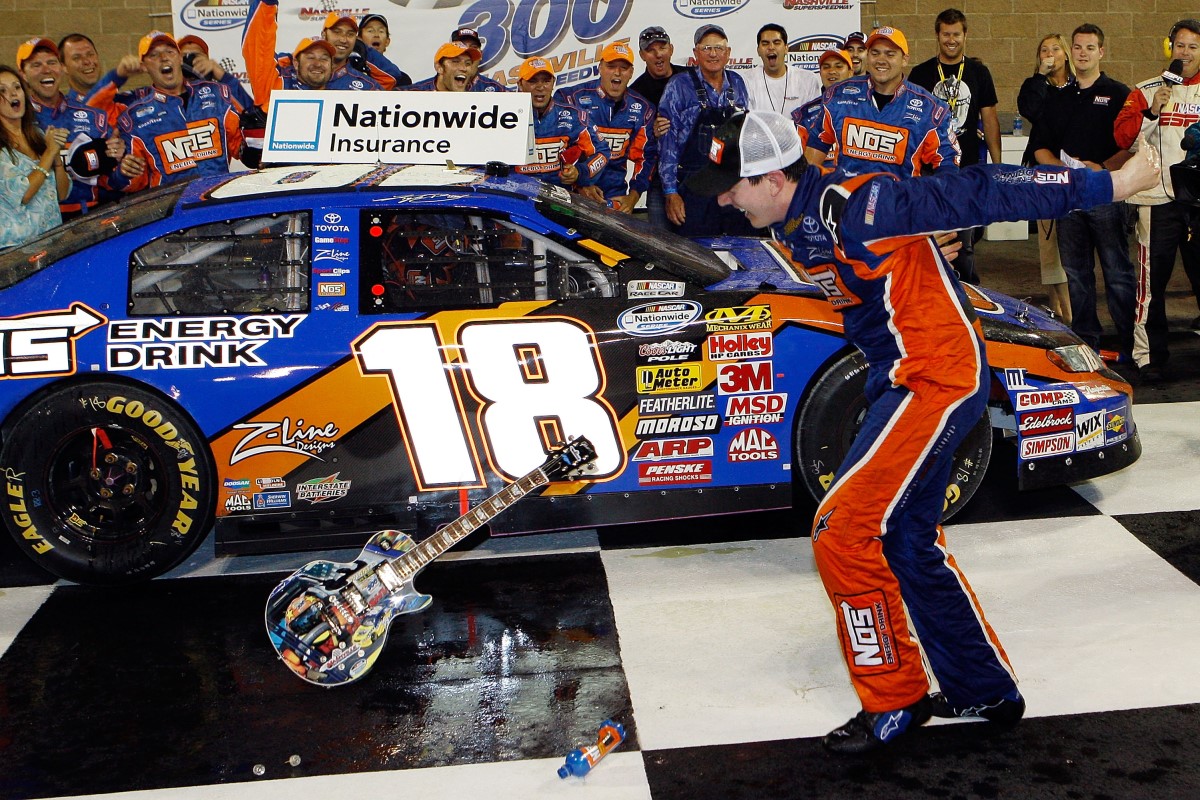 Kyle Busch and the Kyle Busch Foundation has donated $30,000 to the National Alliance for Public Education toward the purchase of 150 guitars to be donated to several Nashville schools, apparently as atonement for smashing a classic Gibson guitar in an embarrassing "rock star-style celebration" after a June Nationwide Series victory. But Busch refuses to put his mouth where his money is. He declines to apologize for the guitar-smashing incident that drew widespread criticism and added to his image as the brat-boy of racing. Nashville music producer Mike Curb who co-owns the Baker Curb Racing team, helped facilitate the Busch donation. Racin' Today