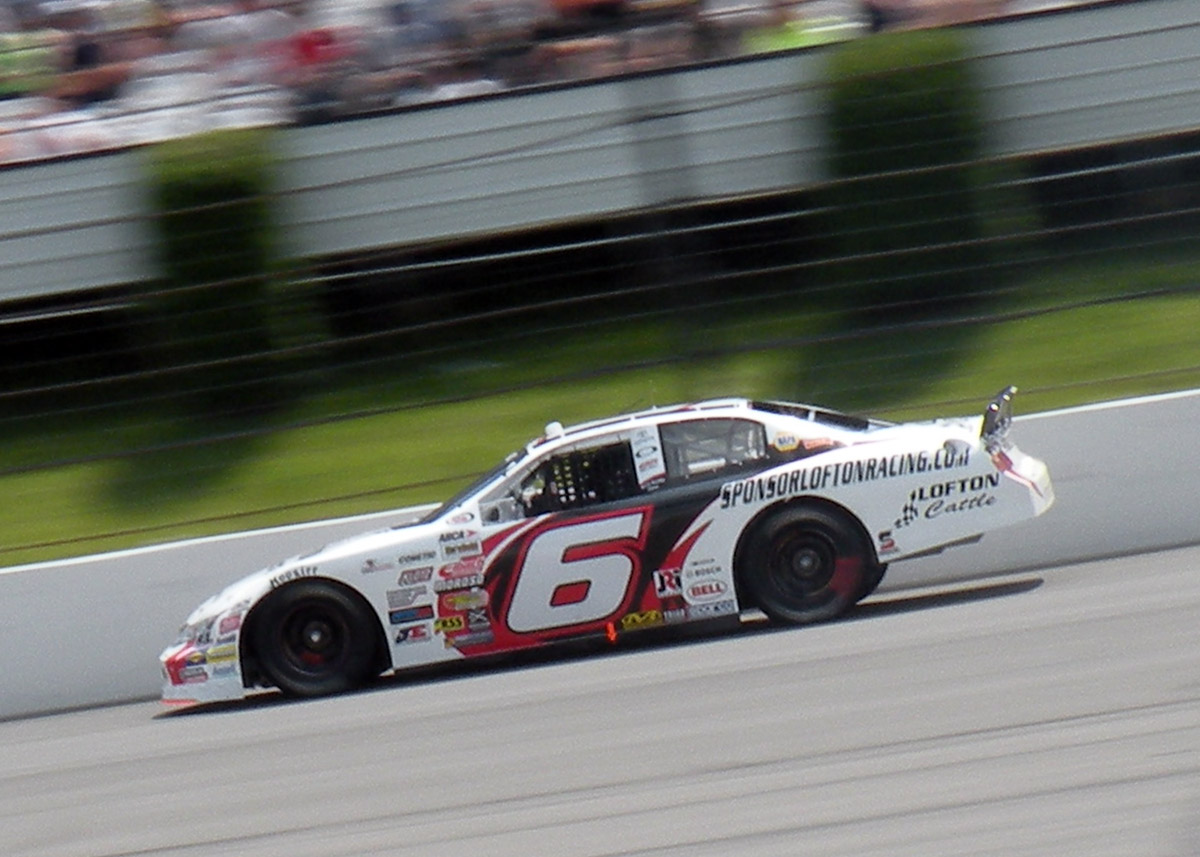 Justin Lofton won the ARCA RE/MAX 200 at Pocono Raceway capturing his second ARCA win in a row and his third victory of the season. Lofton also has four runner up finishes this year, including a second place finish at Pocono in Jun.

Prior to Pocono Lofton announced a new game plan for the ARCA season. "We have been in the points racing mode for too long," said Lofton "I feel like we've done enough points racing. It's time to win."

Lofton was challenged at the end of the race by Parker Kligerman as a restart with just a handful of laps bunched the field. Kligerman had won four of the last five races and was threatening Lofton when Steve Arpin got loose in turn 3 and tapped Kligerman sending him into the wall. Kligerman would finish 21st a full two laps off the pace.

Lofton also announced that he will running four NASCAR Nationwide races this year making his debut in Michigan and then following it up with events at Lowes, Texas and Homestead.

Lofton led for 65 of the 80 laps and the race was slowed 6 times for 36 caution laps. The most serious accident occurred on lap 9 when Tony Palumbo crashed and was subsequently taken to a local hospital for evaluation.