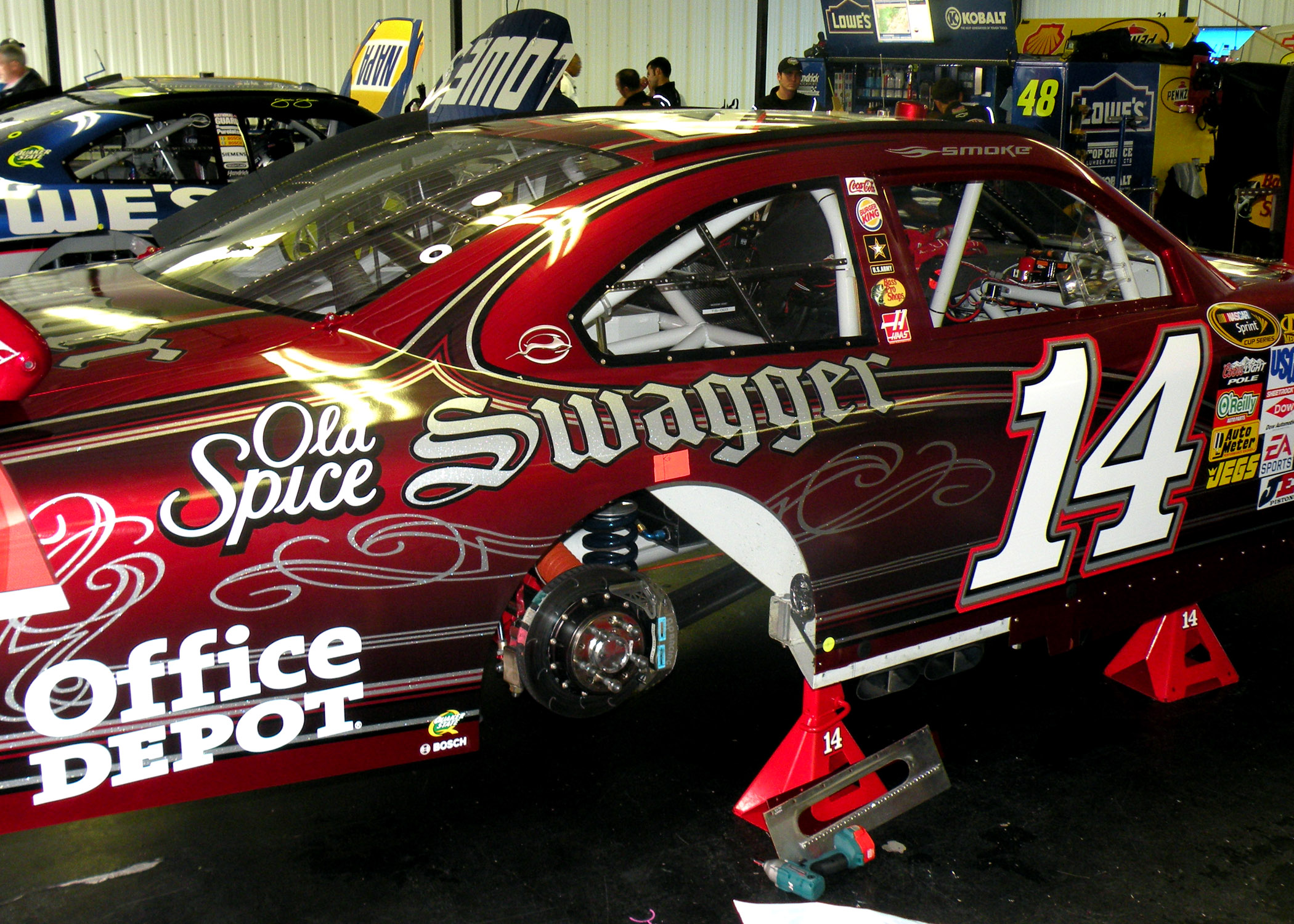 Qualifying is officially rained out at Pocono. Points leader Tony Stewart will start from the pole for Sunday's Sunoco Red Cross Pennsylvania 500. Stewart was sixth fastest in the practice and will run an Old Spice "Swagger" paint scheme for the weekend.

Swagger seems appropriate for Stewart, leading the points by a whopping 192 points with just six races remaining in the chase. Stewart won at Pocono in June after starting dead last in the field.

Pocono Raceway announced that anyone holding a ticket for Friday's qualifying will receive a $10 credit towards purchase of a ticket for tomorrow's event.

07/31/09 The first practice session was cut short at Pocono by rain and qualifying is in doubt for later in the day. Mark Martin was fastest during the abbreviated practice with just four laps on the track. The remaining Hendricks team mates joined Martin as next quickest with Johnson, Earnhardt Jr and Jeff Gordon with just three laps each on the track. Kyle Busch was fifth fastest in practice.

Sam Hornish Jr was 10th fastest and made 18 laps at the tricky triangle, the most of any of the teams in practice..

Michael Waltrip was forced to go to a backup car after spinning and winding up in the grass. The damage to Waltrip's seemed minimal but a quick trip to the garage forced the decision to move to the backup.

One bright note on the rain… With only 43 cars entered in the race all of the Sprint Cup teams will make it into the race on Sunday.

Quote of the afternoon was from Carl Edwards after climbing from his car and observing his crew struggle to hold down their tent in front of his hauler, "Man does it rain all the time here?"