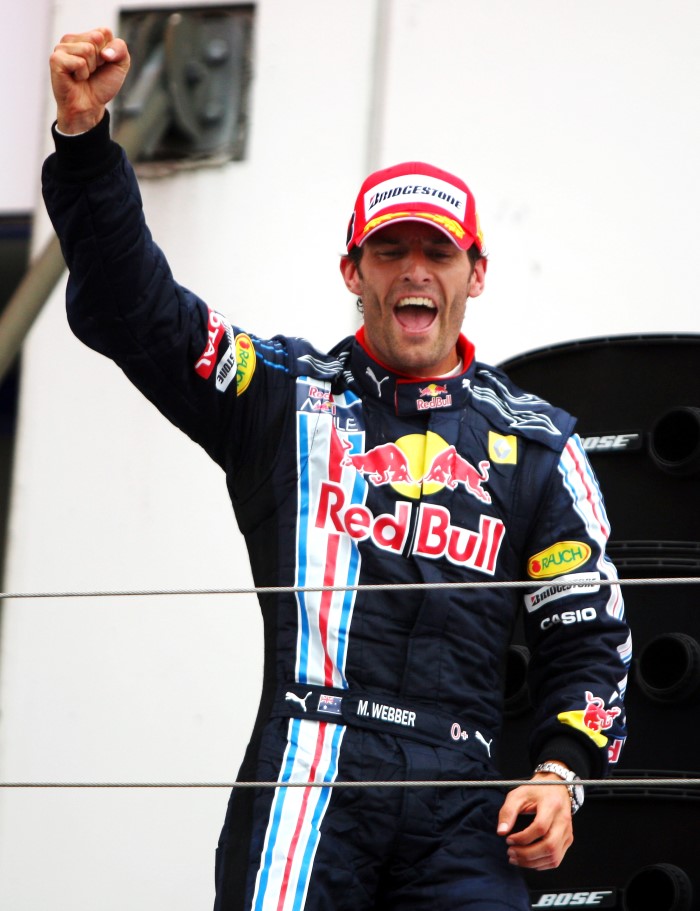 The 32-year-old Australian, who dominated from pole position last weekend, had two locking screws removed from the leg, which was badly broken in a winter cycling incident, before the German grand prix.

Webber told Germany's Bild newspaper that the remaining screws will come out "in August".

"The titanium rod is coming out only after the season — and then the bump (visible in his shin) will disappear," he revealed.

Hans-Joachim Stuck, a former German formula one driver and motor racing official, said he asked to see the Red Bull driver's injury in the Nurburgring paddock.

"It still looks pretty bad," he said. "There is a big bump, and scars. It really is a miracle that he can work with full power," added Stuck.

Before the 2009 season, Webber – who also broke his shoulder in the cycling crash – insisted he was fit enough to drive, but he now admits he was being overly optimistic.

"I think I was kidding myself a bit," the Australian said. "It is absolutely clear that the leg was a long way from healed and it was still broken.

"It was just the metal holding it in place, so it has come a long way since then," he added.