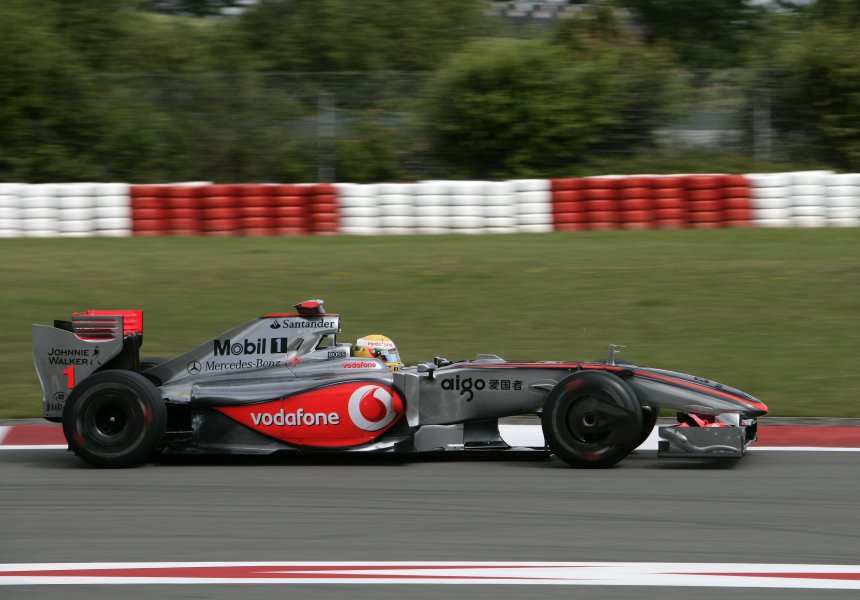 Lewis Hamilton's return to the top of the formula one time sheets continued on Saturday morning, as the reigning world champion led the field in the final practice session at the Nurburgring.

At the wheel of substantial changes to his MP4-24, the Briton was two tenths ahead of Fernando Alonso's Renault and the Ferrari of Felipe Massa, two hours before the decisive qualifying phase under dark clouds in the Eifel region.

In total contrast, Heikki Kovalainen's struggle in the Silverstone-spec McLaren continued as he was 19th fastest.

"Unfortunately, we didn't have enough pieces for Heikki to have the same package, so that is why the difference is reflected between the two drivers," said the Mercedes-powered team's technical boss Paddy Lowe.

He said the team is happy to see Hamilton's name back at the top but "the job now is to translate that into some points on Sunday".

"But definitely we have made a step with the car. Lewis is very happy with it. The pieces that we brought all work. We hope to see that that will translate to a real difference," Lowe added.

Bourdais was dead last, which is certain to hasten the rumors he will be axed soon.

It would appear that McLaren has upped heir game and are now real contenders for a pole and a win, but why is Kovalainen only 19th some 1.6 sec. in arrears?