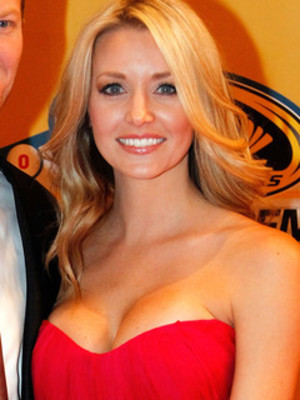 Don't send those wedding gifts just yet, but where there is smoke, there is fire. NASCAR’s most popular driver says he’s not getting married, no matter what the National Enquirer says. The National Enquirer posted a story online Wednesday saying that Earnhardt is expected to marry girlfriend Amy Reimann by the end of the year. Don’t send those wedding gifts to Dale Earnhardt Jr. just yet.

Earnhardt, says, not so fast.

“Totally false," Earnhardt said when asked about the report Wednesday during media day for the Chase for the Sprint Cup, which starts this weekend at Chicagoland Speedway.

Earnhardt has dated Reimann for more than two years, and they have appeared in public more in the last year. Reimann attended the 2011 Sprint Cup awards banquet with Earnhardt last December and was in victory lane with him after he won the Sprint Cup race at Michigan June 17.

The Enquirer quoted a “friend" as saying:

“Amy told Dale she wasn't going to be kept waiting in the wings forever. She told him she wants to get married after the current racing season is over and have a baby next year. There was no way Dale could say no since he can’t stand the thought of losing her."

Earnhardt and a spokesman refuted the report, however, on Wednesday.

Earnhardt, who typically shies away from talking about his personal life, talked briefly about Reimann after his win at Michigan in June.

"I'm glad Amy was here to celebrate with me," Earnhardt said on Speed after the race. "It means a lot. She's a good girl, and we've had a good relationship. She's a strength. I've got a lot of good people around me right now, and I feel like the people that I do spend my time around make me a better person—definitely a lot better person than I was years ago. It's working out." Sporting News