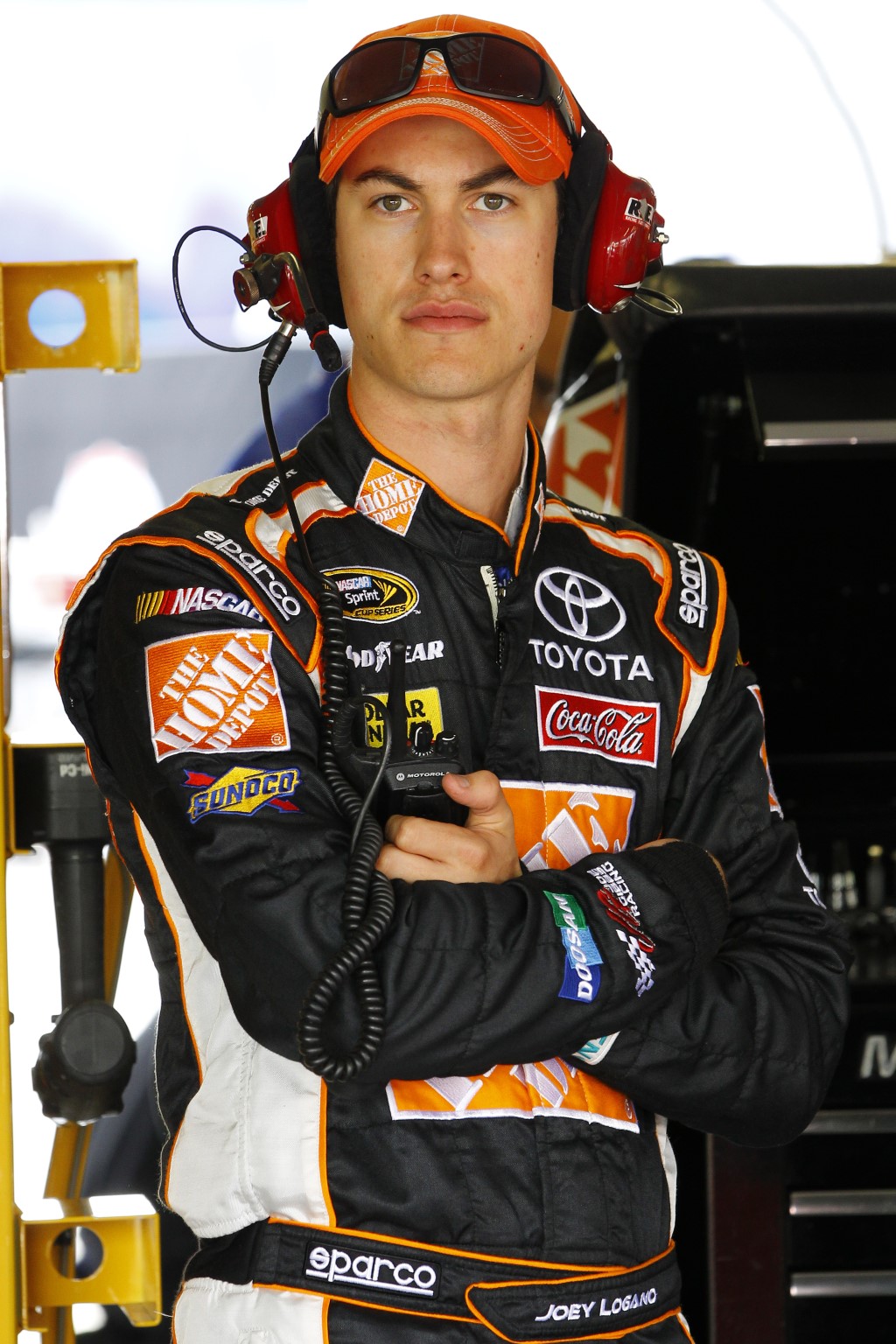 UPDATE #3 This rumor is upgraded to 'fact' today with this announcement.

09/04/12 Joey Logano didn’t deny this past weekend that he had a deal done with Penske Racing, and an announcement is expected this week that he will move from Joe Gibbs Racing to Penske starting in 2013, according to sources and published reports. The Charlotte Observer reported Monday that Logano would take over the No. 22 ride. Sources familiar with the situation said they expected an announcement this week.

08/26/12 The owner of Penske Racing acknowledged on Saturday that Joey Logano is a candidate to drive the #22 in 2013. Roger Penske also didn't rule out expanding from two to three cars and including Sam Hornish Jr., who has been in the #22 since AJ Allmendinger was suspended and ultimately released for violating NASCAR's substance-abuse policy, in the mix for next season. Penske said he hoped to have a decision by the Sept. 16 Chase opener at Chicagoland. Sources close to the situation said Logano, who is in the final year of his contract with Joe Gibbs Racing, is the front-runner for the #22. Logano told ESPN.com recently he has two offers for 2013, and that one was from JGR. The issue at JGR is finding a full-time sponsor.

"He's obviously a candidate, but there's other good people, too, that people haven't talked about," Penske said before the Sprint Cup race at Bristol Motor Speedway. "We have a couple of rabbits." Penske would not expand on other potential candidates. Penske didn't rule out that Alliance Truck Parts, which sponsors Hornish's Nationwide car, could move up to Cup in 2013. ESPN

08/13/12 Joey Logano appears to be the leading candidate to replace AJ Allmendinger at Penske Racing next year, but team owner Roger Penske says he has made no decision yet.

Allmendinger was released from the team July 31 after being suspended indefinitely for a failed drug test. Sam Hornish Jr. currently is driving the team’s No. 22 car, but Penske must select a full-time driver for next season.

Penske has had a couple of weeks to talk to candidates for the ride, but said Sunday he has made no decision.

Logano, who is 18th in the Sprint Cup standings with one win this season, has driven the last four years for Joe Gibbs Racing but the organization has not been able to put sponsorship together to keep him in a Cup car for 2013.

Gibbs is expected to announce soon that it has hired 2003 champion Matt Kenseth to replace Logano in the No. 20 car for next season. Team officials have said they would like to keep Logano but fielding a full-time Cup car for him would depend on finding sponsorship to start a fourth team.

Hornish, who has been driving the No. 22 car since Allmendinger’s initial suspension July 7, finished fifth Sunday at Watkins Glen as he tries to make a case for Penske giving him the full-time ride. Hornish, a former IndyCar Series champion for Penske, also is running a full Nationwide Series schedule for the team.

“We must be a pretty good-looking girl, we’re getting a lot of people calling for dates," Penske said Sunday. “At this point, we haven’t made any decisions."

Ryan Newman and Brian Vickers also have been mentioned as possible candidates for the ride, but Newman has said he is focused on staying with Stewart-Haas Racing and the team is working on sponsorship for next season.

The No. 22 car, which is sponsored by Shell/Pennzoil, has had three drivers in the last two years. Kurt Busch drove the car in 2011, but he was released after the season after a series of embarrassing emotional outbursts and a dispute over the direction of the team.

Allmendinger took over this season, but struggled before being suspended for the failed drug test.

Penske wouldn’t put a timetable on naming a replacement.

“It’s sponsor driven," Penske said. “We want to make the right decision here obviously. We don’t need to be changing drivers every year or six months.

“We want to make the right decision so we’re waiting to see how this all works out." –Sporting News–