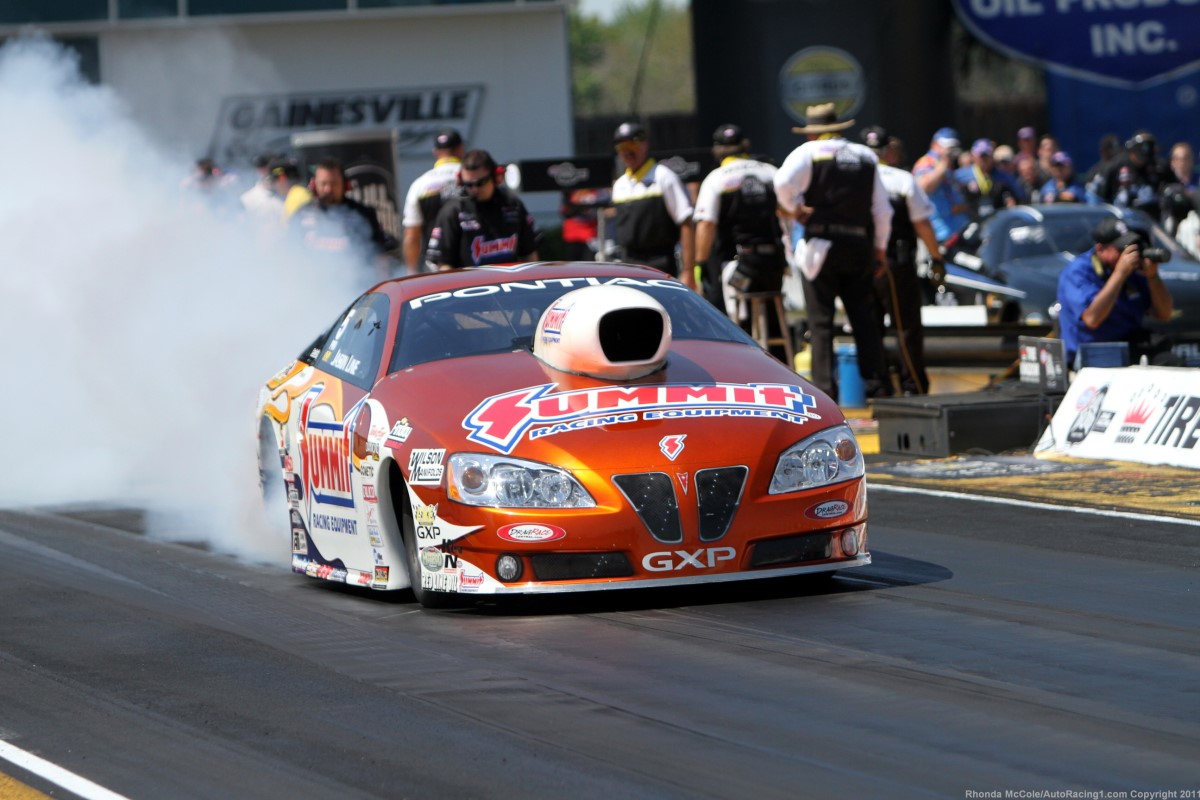 Del Worsham, Mike Neff, Jason Line, and Eddie Krawiec picked up the victories on Sunday to close out a record-setting weekend at the 42nd annual NHRA Tire Kingdom Gatornationals at Gainesville (Fla.) Raceway in the second event of the season of the 60th Anniversary season for the NHRA Full Throttle Drag Racing Series.

Del Worsham notched his first ever Top Fuel victory in his second start since returning to the division after a 16-year absence, beating out no.1 qualifier “The Sarge" Tony Schumacher, 3.858 at 318.99 mph over Schumacher’s 3.866.

Schumacher, who came in sporting a new top speed track record, clicked off easy victories over David Grubnic, Dave Foley and defending Top Fuel champion Larry Dixon to reach his 104th final round, was faster off the line with a .040 reaction time but Worsham quickly closed the distance and inched ahead at about the 300 foot mark and held on to beat the seven-time champion by .0041 seconds.

“It definitely can’t get any better," said Worsham. “To have someone like (team owner) Sheik Khalid to dream of a plan like this and have a guy like (crew chief) Alan Johnson who can execute that plan, I’m just a lucky guy to be driving it

“It’s almost surreal, but I’m driving Larry (Dixon)’s car from last year, the thing’s won 12 races, now it’s won 13. The fact that I won shouldn’t surprise anyone but it surprises me."

Worsham, who knocked off Brandon Bernstein and Antron Brown before limping past Spencer Massey to reach the finals, became the 15th driver in NHRA history to score victories in both Top Fuel and Funny Car, marking his 26th national event victory.

“I actually had a chance (to win Top Fuel) back in 1993 at the U.S. Nationals, it was lined up where I could have won Top Fuel, but I made a huge mistake in the semi-finals. I had a red light against Kenny Bernstein and that’s kind of weighed on me now for nearly 20 years, and to get another chance to do this is great."

Mike Neff picked up his second career Funny Car victory and his first since returning the Funny Car ranks this season, topping Cruz Pedregon with a 4.092 at 310.48 mph after Pedregon smoked the tires right off the start.

Doing double duty as driver and crew chief in the John Force Racing Ford Mustang, Neff defeated Jim Head, Bob Tasca III and “Fast Jack" Beckman to reach his seventh-career final round and his first ever against Pedregon, who bested Ron Capps, Johnny Gray and Matt Hagan to advance to his 63rd final round.

“It hard to get both jobs working at the same time, the mental draining kind of wears you down" said Neff. “Right now, the hardest part for me is just getting my mind right when it’s time to drive and not over think it."

“We needed this win to keep the Force win streak going, that’s four straight for Team Force. It feels good. Fortunately, I got a great car, it’s the car that John (Force) drove last year, I just got in it. Now it’s just a matter of trying not to mess it up as a driver is the hardest part for me."

Line faced two tough opening rounds, beating out Vincent Nobile and Erica Enders with a 6.520 and 6.530 and before cruising past top qualifier Rodger Brogdon to make his 50th final-round appearance against Anderson, who faced Larry Morgan, Shane Gray and Ron Krisher to reach the finals for the 96th time.

In the final, Line was first off the start with a .058 light but started to get a little loose before dialing his Pontiac back in and beating Anderson to the line with a 6.554 holeshot to Anderson’s 6.545 to grab his 21st national event victory.

It was a short day for NASCAR Sprint Cup driver Kurt Busch, who qualified for his first Pro Stock event only to get beat in the first round by Erica Enders, 6.538 to 6.541.

“It was a great experience, the whole weekend," said Busch. “To be competitive like we were, the words Roger Penske always gave to me – just put yourself in a position to win and good things will follow. It was the best run we’ve ever put together, we just came up short. It’s just three-hundredths of a second, but in this game of drag racing, that’s enough to put you back on the trailer.

“I feel we can hang our heads high, it was a fantastic enjoyment all weekend, and to have the opportunity to be out here and make the field….we put together a solid run."

In Pro Stock Motorcycle, Eddie Krawiec added his second straight Gatornationals victory to go along with his new national top speed record, scoring his eighth Wally of his career with a win over Karen Stoffer, who fouled out after red-lighting at the start.

Krawiec, who posted a 199.26 mph run in qualifying to set the national record, bested Katie Sullivan, Gerald Savoie and defending champion LE Tonglet to reach his 19th career final round and his first against Stoffer, who was appearing in her 12th money round after beating Michael Ray, Matt Smith and top qualifier Hector Arana.

“The caliber of bikes out here right now is just incredible," said Krawiec. “There’s no ‘gimme’ rounds in racing, you gotta have everything – you gotta be on your tree, you gotta be riding well, you also have to have a good tune up and a good motorcycle, and I had everything this weekend."