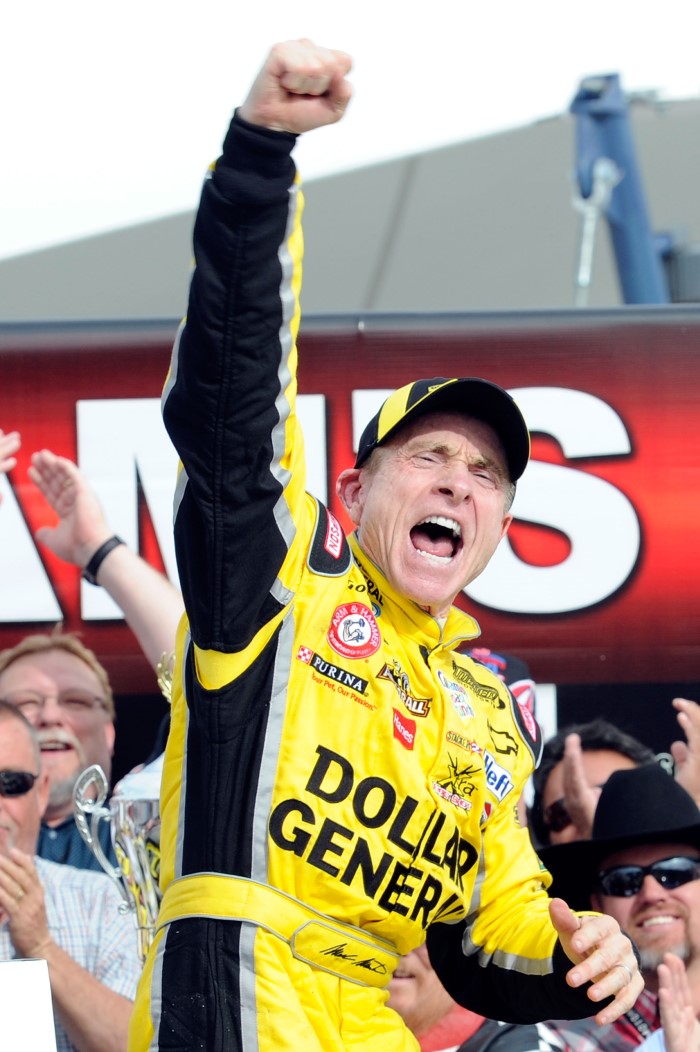 After race leader Brad Keselowski cut a tire and hit the wall on the final lap of the Sam's Town 300, Martin cruised to the checkered flag, posting his 49th Nationwide victory. Busch, who dominated early but later fell out of the race, is second with 44 Nationwide wins.

After falling more than two laps down earlier in the race, Danica Patrick rallied to finish fourth, posting the best result ever for a female driver in one of NASCAR's top three series. Patrick's previous best finish was 14th at Daytona in February.

Busch had opened a lead of more than 10 seconds after a round of green-flag pit stops early in the race, as Carl Edwards, Kevin Harvick, Denny Hamlin and Keselowski all had issues on pit road. NASCAR, however called a caution on Lap 65 because of fluid on the race track, and Busch's lead evaporated.

His winning chances likewise disappeared on Lap 130, when Busch made an aggressive move off Turn 4, clipped the infield grass as he tried to avoid Keselowski's Dodge and slid through the tri-oval. Ultimately, the left front of Busch's Toyota smacked the inside wall at the entry to Turn 1, and his race was over.

"I had a really big run off the top, and I didn't want to go to the outside," Busch said. "I wanted to kind of get down and be on the bottom, so I could get down on the white line in Turn 1. I didn't even make it that far. I got to the bottom of the 22 [Keselowski], and I guess he came to block a little bit.

"I didn't want to run into him, so I went into the grass, and I know the grass typically doesn't work, so I looked kind of stupid doing that. Tried to hang on to it, and just couldn't get it back straight in enough time and got into the inside wall."