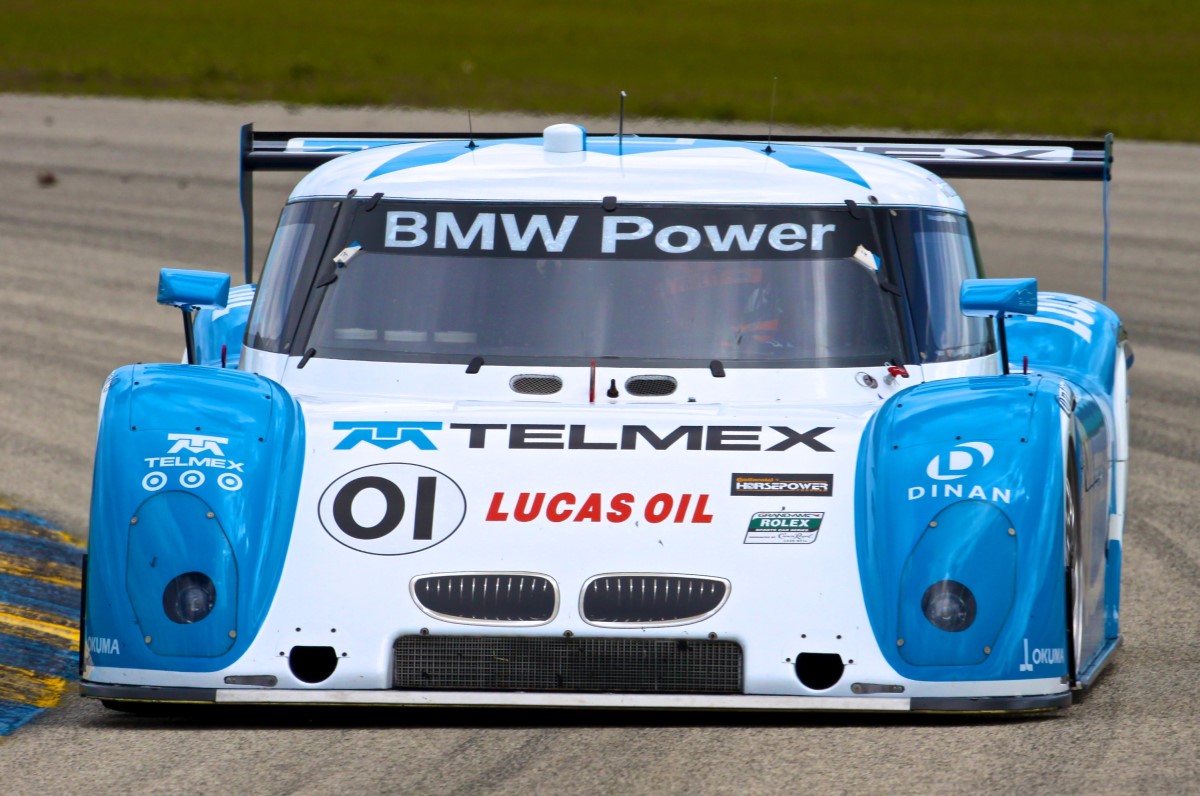 The victory proved prophetic, in that prior to the race Pruett met with fans for an exclusive meet-and- greet in the Homestead-Miami Speedway infield. Responding to a question as to what fans could expect of the No. 01 Chip Ganassi Racing Riley-BMW Daytona Prototype (DP) when the 12 p.m. green flag dropped, Pruett said simply: “We’re going to win it again."

When the “Grand Prix of Miami" began under sunny skies and 76-degree temperatures, however, victory seemed unlikely. The Pruett/Rojas duo was assessed a drive-through penalty for contact in the early going, and pole-sitting GAINSCO/ Bob Stallings Racing teammates Alex Gurney and Jon Fogarty led the two-hour, 45-minute race. In fact, it wasn’t until just six minutes remained in the race that Pruett took the lead from the SunTrust Racing Dallara-Chevrolet of Max Angelelli.

“The biggest challenge was driving hard while still being easy on the tires," Rojas said of having to play catch up while also trying to maintain tread.

In what may be an omen for the rest of the GRAND-AM DP field, in each season (2008, 2010) the No. 01 Chip Ganassi Racing team has won at Homestead-Miami Speedway, it has gone on to win the overall Championship. Indeed, the challenges presented by running the “Grand Prix of Miami" in the intense midday Florida sunshine long ago earned Homestead-Miami Speedway’s road course distinction as the most demanding effort on the entire GRAND-AM docket.

“The teams got their money’s worth out of their drivers today," said Pruett.

Patrick Dempsey, he of the Hollywood day job, finished 31st after his No. 40 Mazda RX-8 engine caught fire following a Lap 22 spin. “Dr. McDreamy" and his Dempsey Racing teammates also graciously met with Homestead-Miami guests for a meet-and-greet prior to the race to raise funds for the Patrick Dempsey Center for Cancer, Hope & Healing, and Seattle Children’s Hospital.

Racing the same course alongside the DPs, GRAND-AM’s Grand Touring (GT) division saw Turner Motorsport score its first victory in the No. 94 BMW M3. After a solid opening by Paul Dalla Lana, co-driver Bill Auberlen took the lead at the one-hour mark and never looked back.

The duo cruised to a 5.639-second victory over defending “Grand Prix of Miami" champs Jeff Segal and Emil Assentato, drivers of the Ft. Lauderdale-based No. 69 SpeedSource Mazda RX-8.

In the nightcap at Homestead-Miami Speedway, Dalla Lana and Auberlen pulled a rare GRANDAM sweep, following up their Rolex GT victory in the “Grand Prix of Miami" with a win in the Continental Tire Sports Car Challenge “Kia 200."

“My favorite day in the world is to win two races in one day," said Auberlen, after winning the Grand Sport division of the “Kia 200."

“Coming in my 100th Rolex Series start and seeing Paul win his first two races, it's so sweet."

How rare was the feat? The Turner Motorsports duo’s double, this time in the No. 96 BMW, was only the second time in GRAND-AM history that drivers scored two victories on the same day; Terry Borcheller and Forest Barber won in both the Daytona Prototype and GS II class in 2003.

Racing the same course alongside the Grand Sports in the “Kia 200," Ian Baas caught Mathew Pombo at the finish line to win the Street Tuner class driving the No. 171 Volkswagen GTI. The APR Motorsports team won by .022 seconds, leading only the final inches of the race as Baas drafted by Pombo for a last-lap pass.

“We came through the final turn on his back bumper, and I had the torque on him to pull a slingshot," said Baas. “That was the only time I led in the race."