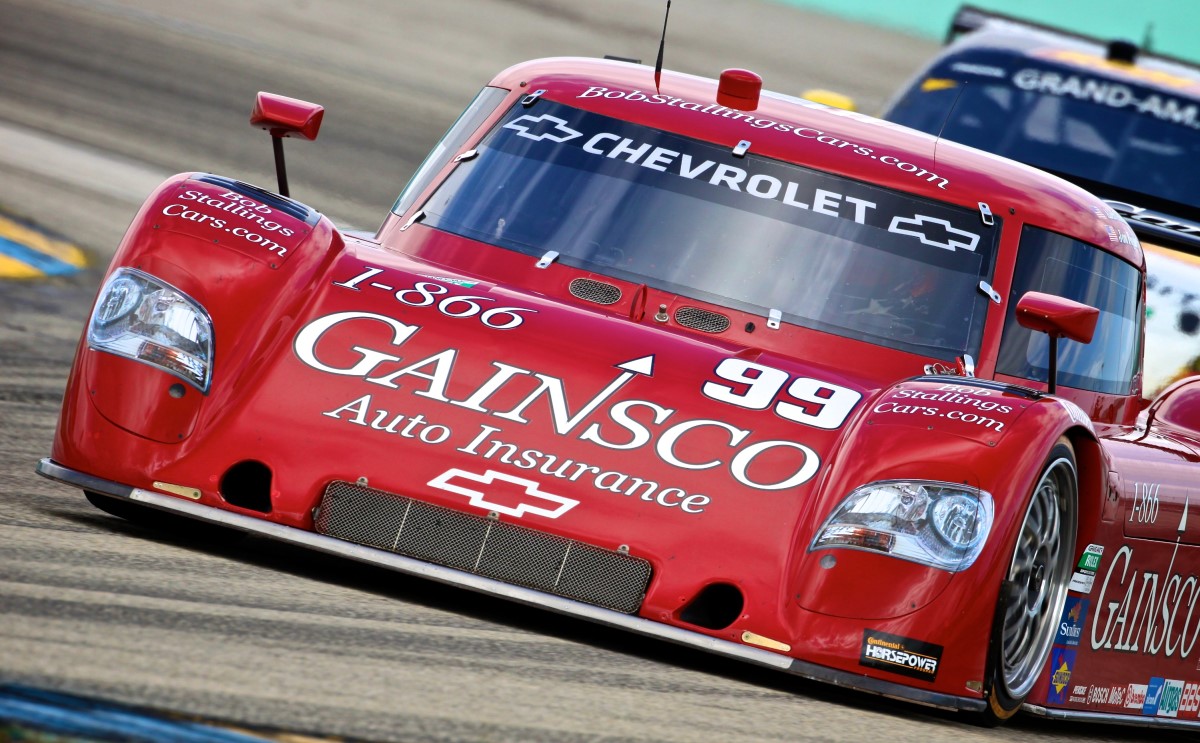 GAINSCO/Bob Stallings Racing and Jon Fogarty captured the pole position Friday for Saturday’s Grand Prix of Miami in the No. 99 GAINSCO Auto Insurance Chevrolet Riley with a qualifying lap time of 1:13.655 (112.416 mph), Fogarty’s record-extending 17th career pole and his second with GAINSCO in the last three years at Homestead-Miami Speedway. Fogarty will lead the field to the green flag for tomorrow’s 2:45-minute timed sprint race that can be seen live on SPEED, Saturday, March 5, at 12 p.m. ET/9 a.m. PT.

“We were really close last year, and we have been capable of turning quick times here, but I am encouraged by some of the longer runs we did in the previous practice session," Fogarty said. “We were able to maintain a pretty good pace on old tires. We want to put the whole package together and I think we are coming close this weekend. We are in a good position tomorrow, starting up front, and we didn’t put too may laps on our qualifying tires."

Fogarty moved to the top of the speed charts with a lap of 1:13.665 on his second flying lap in the 15-minute qualifying session before locking down the pole with his overall quickest time one lap later. Fogarty and GAINSCO were also on the pole at Homestead-Miami Speedway in 2009. The pole was the first for GAINSCO and Fogarty since last August in Montreal and boosted to 17 Fogarty’s record as the all-time GRAND-AM Rolex Sports Car Series Daytona Prototype pole winner.

“If I can extend my lead in anything, I want to extend it," Fogarty said. “Whether that’s on the race track or for a pole position record, I like that aspect of it."

“A great run by Jon, really consistent over his laps, and it looks like we improved the car a little bit," said Gurney, who will drive the final stint in tomorrow’s race. “We are excited and I think we are going to have a hell of a fight at the end of the race with everybody. We’re in a place that we haven’t been, maybe ever, setup wise, but we have been trying hard to get it right at Homestead, and it looks like today we got it right."

As usual, the 2.3-mile Homestead-Miami Speedway road course will be typically tough on tires in tomorrow’s race. GAINSCO and its competition will be firmly focused on tire wear, especially in the mid-day Miami heat.

“It’s going to be brutal, actually, and within 10 laps you are going to be really, really be struggling on the tires," Gurney said. “It is going to be fun to watch."

GAINSCO finished third in last year’s Grand Prix of Miami, the team’s best career result at Homestead-Miami Speedway. A similar strong finish in tomorrow’s race would make up for a disappointing 12th place finish in January’s season-opening Rolex 24 At Daytona.

“We are just going to try and have a clean race, clean pit stops, and get a good finish here," Fogarty said.