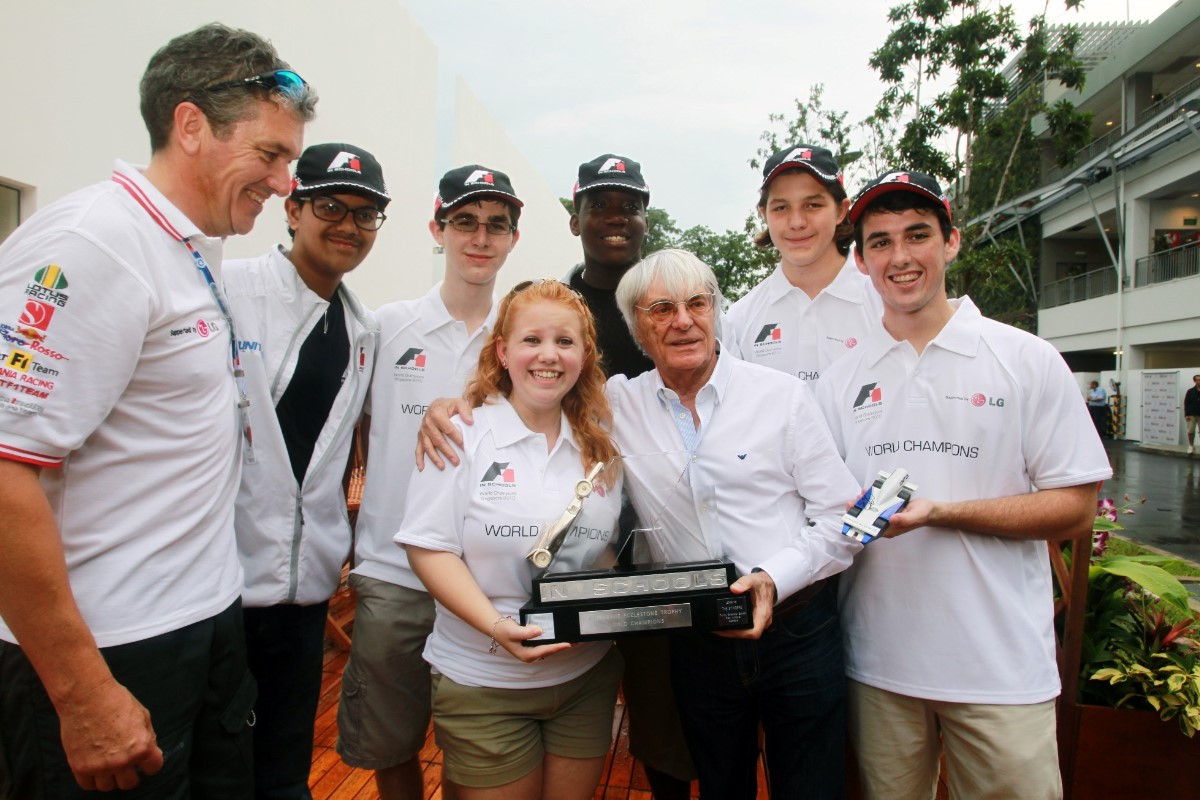 SAE International has partnered with F1 in Schools to host the USA F1 in Schools National Finals. This prestigious student event, which last year produced the F1 in Schools World champions, UNITUS Racing, will take place at Michigan International Speedway from May 11th – 13th, linking with a Formula SAE event.

The F1 in Schools USA National Finals will draw together winners from four regional events held this spring, with the student teams competing at national level for the chance to represent their country at the World Finals to be held later this year in an international Formula 1-linked location. Previously the World Finals have been held in Australia, UK, Malaysia and Singapore, with up to 30 teams travelling to the event for the chance to win engineering scholarships to City University, London and the coveted Bernie Ecclestone World Champions trophy.

Andrew Denford, Founder and Chairman, F1 in Schools, believes that the tie-up with SAE International will bring benefits to both organizations, saying, “Linking with SAE International and holding the USA F1 in Schools National Finals in conjunction with Formula SAE is very appropriate for both of these competitions with obvious synergies which will be advantageous to the students. The F1 in Schools competitors will be able to experience the higher education Formula SAE challenge, which is a natural progression for high school students as they move on to Universities and Colleges. We are indebted to SAE International for taking on our program and hope that we can have a long and successful partnership."

As USA F1 in Schools enters a new era with SAE International, Denford says, “Formula 1 embarks on a revitalization in the USA with the building of a new race track in Austin, Texas and the assurance of a fixture on the 2012 calendar, F1 in Schools is set for further success and expansion. I am sure we will have a highly competitive 2011 National Finals and we look forward to welcoming the National Champions to our World Finals later this year."

The F1 in Schools initiative challenges teams of students to use CAD/CAM software to design, test, manufacture and race a miniature compressed air-powered balsa wood Formula 1 car of the future. A purpose-built 20 meter track is used to test the speed of the model cars. In addition, participants are judged on their final car design, engineering development, team work and project presentation. Further information is available at www.f1inschools.com

Through its charitable arm, the SAE Foundation, SAE International strives to encourage and increase student participation and achievement in science, technology, engineering and math through many programs, including A World In MotionÂ® (AWM) and the Collegiate Design Series.

SAE International’s AWIM curriculum is a teacher-administered, industry volunteer-assisted program that brings science, technology, engineering and math (STEM) education to life in the classroom for students in Kindergarten through Grade 12. Benchmarked to the national standards, AWIM incorporates the laws of physics, motion, flight and electronics into age-appropriate hands on activities that reinforce classroom STEM curriculum.