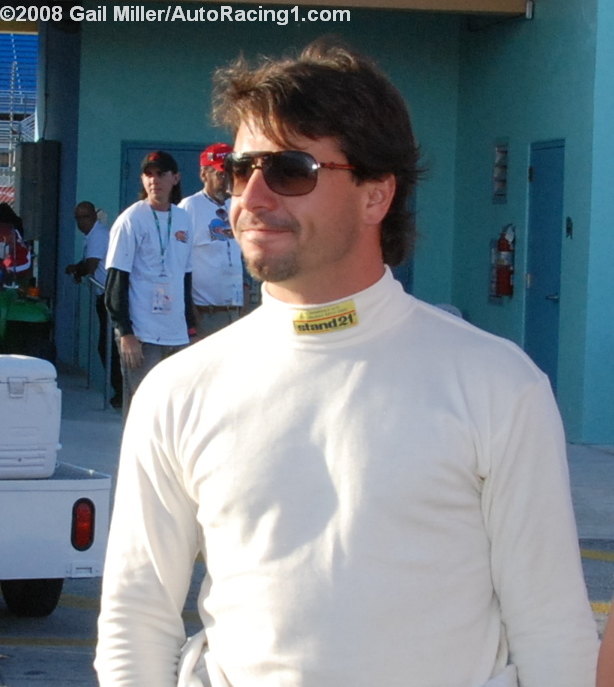 To a man, the eight drivers who competed in their first IndyCar Series race after transitioning from Champ Car were appreciative of their crew's efforts to prepare for the GAINSCO Auto Insurance Indy 300.

Back at ya, team members said for bringing back the cars in one piece. Well, all but the No. 33 HVM Racing car of Ernesto Viso, which was involved in a single-car crash late in the 200-lap race on the Homestead-Miami Speedway oval.

"It was a long day in the office, but that means we achieved our first goal, which was to finish the race with no damage to the car," said Oriol Servia, who led the group with a 12th-place finish in the No. 5 KV Racing Technology car. "But it was also long because we did not have the speed that we were hoping for. We knew we were going to struggle. It's just tough when you are in the middle of it.

"We did what we had to do, we gathered a lot of data and we have to take this process step by step. The KV Racing Technology team did a great job. They have all worked hard and the car ran well until the end. We knew it was going to be like this. You hope for a miracle to happen, but we will leave the miracle for the Month of May."

While Servia had made 27 previous oval starts, Conquest Racing's Franck Perera was making his first. He acquitted himself nicely in the No. 34 car with a 14th place. Justin Wilson, driving the No. 02 McDonald's Racing Team car for Newman/Haas/Lanigan Racing, finished 15th and Dale Coyne Racing Mario Moraes was 16th.

"It's nice to finish the race," Perera said. "I think it is the longest race I did in my life. It was good because I could fight with Oriol, who is also on one of the transition teams. I'm happy I brought the car back for the guys they did such a good job and it's good for Conquest. Now we can concentrate on the road course next week.

"I learned a lot tonight even if it was difficult out there with all the cars. You don't really know the driving style of the other drivers and when they come in a group they are so quick. But I was always staying in the clear line to not get in their way. Now we have to work on gaining more speed."

And work on their oval race craft. But that won't come overnight – and the next oval race for the nine drivers who are new to the series and its potpourri of racetracks – is at Kentucky Speedway on April 27. More than 60 hours of available track time on the 2.5-mile Indianapolis Motor Speedway also will be beneficial.

"The first 50 laps was a struggle with some guys working their handling and getting up to speed," said Brian Barnhart, president of the competition and operations divisions of the sanctioning Indy Racing League and the race's chief steward. "I think everybody eventually did a good job. It's a steep learning curve obviously and most of them got the better part of 200 laps in and did a good job all evening long." IndyCar.com